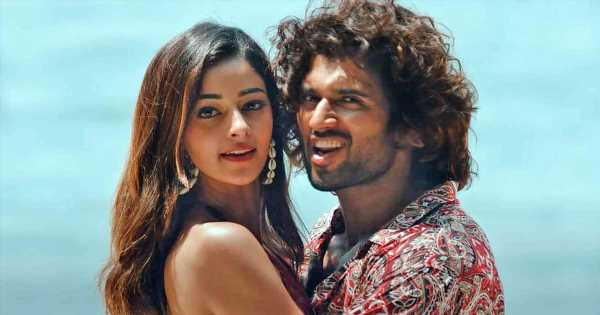 As the curtain comes down on 2022, Roshmila Bhattacharya flashbacks to some of the year’s news-makers and events.

At the start of the year, Vijay Deverakonda riding the success of Arjun Reddy was set to conquer Bollywood with the bi-lingual Liger.

But the Rs 150 crore tiger-lion hybrid, shot simultaneously in Hindi and Telugu, did not roar as loudly as expected despite an astronomical Rs 35 crore opening.

Its unexpected debacle has landed Director Puri Jagannadh and Co-Producer Charmme Kaur in trouble not just with distributors, but also the Enforcement Directorate over alleged FEMA violations.

Vijay has reportedly returned his remuneration and walked out of Puri’s next, Jana Gana Mana.

When quizzed on his comeback, Vijay insists he is right here though he hasn’t signed any new Hindi film and is looking to the Telugu romantic drama Khushi with Samantha Ruth Prabhu to regain his crown.

Till then, he continues to make a style statement with his customised chappals and court Pushpa star Rashmika Mandana.

W: WEDDINGS WITH A TWIST 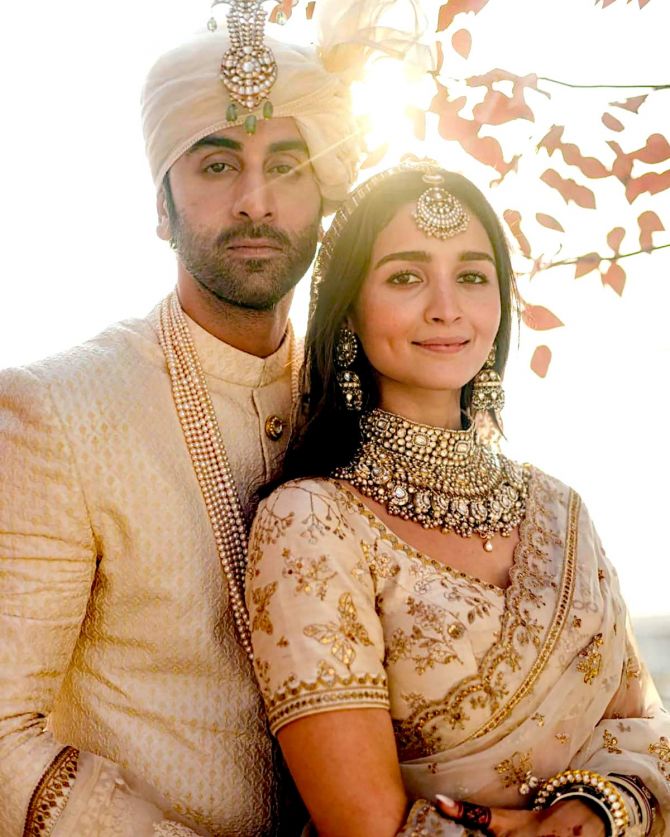 Weddings happen every year, what made the marry-go-round interesting this year was that some of them happened with a twist.

Alia Bhatt and Ranbir Kapoor chose to have an intimate shaadi in the balcony of their home.

The simple ceremony, with only family and select friends in attendance, ended with a cake cutting and celebratory toasting before the groom carried the bride over the threshold.

After a civil marriage, Farhan Akhtar arrived in a black tux to the tunes of Suraj Ki Baahon Mein from his film Zindagi Na Milegi Dobara to exchange vows with his bride Shibani Dandekar stunning in a custom made, mermaid gown, in the garden of his father’s Khandala farmhouse.

Later, the newly-weds danced to John Legend’s All Of Me while Farhan’s father Javed Akhtar recited a poem he had written for them after which Hrithik Roshan roped in the groom for an impromptu Senorita.

Sanah Kapoor and Mayank Pahwa borrowed what they liked from different community weddings to put together a unique ceremony.

Pankaj Kapur walked his daughter down the aisle, after which the couple made promises to each other and their parents.

Then the groom slipped the mangalsutra following which his better half rushed off to get herself a stick of buddhi ka baal (cotton candy).

It was a cross-cultural wedding, with a mix of Bangalore-Jain and Bengali-Hindu rituals, for Mouni Roy and Dubai-based businessman Suraj Nambiar and a Gujarati-South Indian fusion shaadi for Karishma Tanna and real estate investor Varun Bangera. 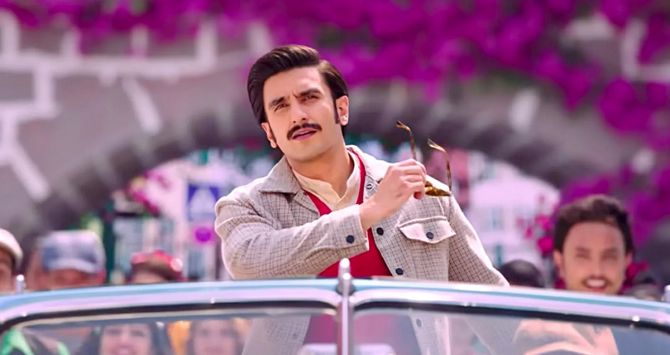 It wasn’t the Khans, Aamir, Salman or Shah Rukh, but the ‘God of Gol Maal’ Rohit Shetty who came as Santa to stuff our stockings with a nonsensical Cirkus with Ranveer Singh and Varun Sharma as the jokers.

However, with most cine goers going the way of James Cameron’s Avatar, his Comedy of Errors did not have Shetty laughing all the way to the bank. 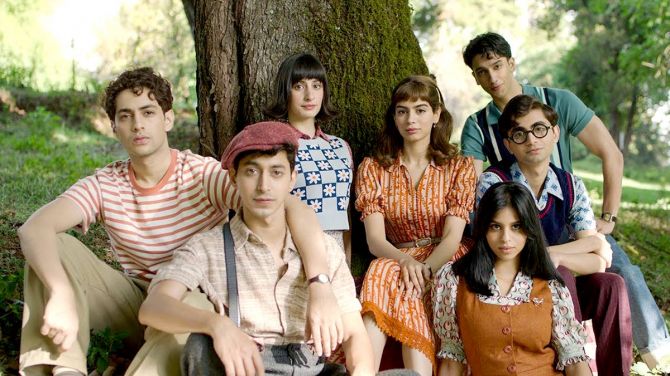 It wasn’t just a hybrid Vijay Deverakonda who did not live up to the great expectations, it was Goodbye to his lady love, Rashmika Mandana, as well after The Rise of Pushpa.

Manushi Chillar could not woo the world a second time with Samrat Prithviraj and despite a debut with ‘Rudra’ Ajay Devgn, Raushii Khanna got lost on the edge of darkness.

The critics were kind to Shantanu Maheshwari (Gangubai Kathiawadi), Naga Chaitanya (Laal Singh Chaddha), Andrea Kevichusa (Anek) and Babil Khan (Qala), but they still have to prove their commercial viability.

Meanwhile, at least a dozen more debutants are gearing up for a 2023 launch, many among them much-hyped star kids.

Shanaya Kapoor will make a debut with Bedhadak opposite Gurfateh Singh Parzada and Laksh Lalwani.

Also in the wings are Salman Khan’s niece, Alizeh Agnihotri, Hrithik Roshan’s cousin Pashmina along with Sunny Deol’s son Rajveer and Poonam Dillon’s daughter Paloma who will be seen in a love story produced by Sooraj Barhaya and directed by his son Avnish.

It remains to be seen if these star kids or their co-stars or the debutants who arrived this year can bring about a new Youngistan to Bollywood. 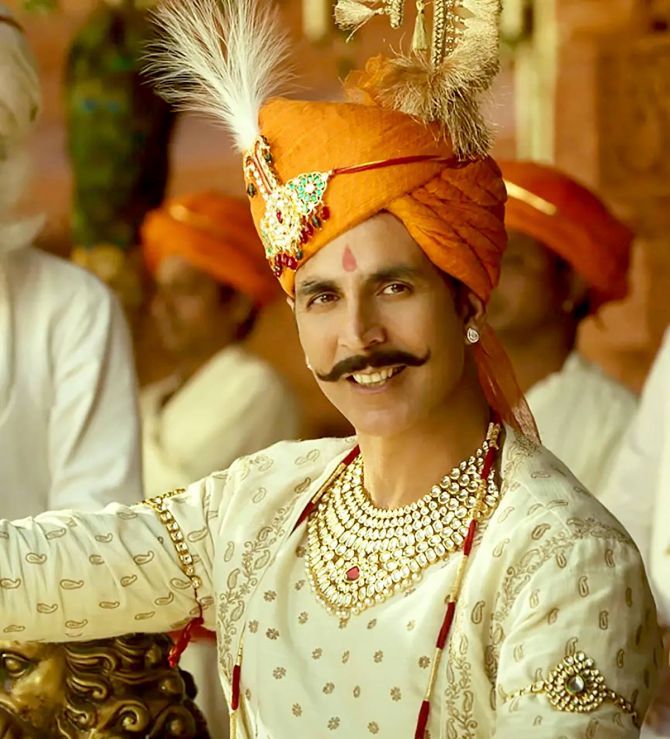 Not just Liger, the debacle of Prabhas’s Rs 300 crore Radhe Shyam, released in all four South languages and Hindi, was another shocker.

Hrithik Roshan and Saif Ali Khan’s Vikram Vedha came unstuck, Kangana Ranaut’s Dhakkad was a bloody dud and even Brahmastra with a worldwide gross of over Rs 400 crore was short-circuited by an astronomical budget from becoming a runaway blockbuster.

Overall, a year of almost zero returns for Bollywood, with Bhool Bhulaiyaa 2, Drishyam 2, Gangubai Kathiawadi and The Kashmir Files being the few exceptions. 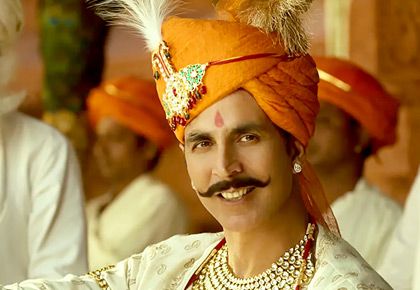