After a Twitter fan page shut down following the events of Fear the Walking Dead‘s heart-wrenching season 4, actress Lisandra Tena has reacted to their goodbye message.

Lisandra, who portrayed Lola Guerrero on the zombie spin-off show, appears to sympathise with the words shared by FearSource.

The original FearSource announcement states: “We started this account last year and one of the main reasons was the enormous love we had for show. Unfortunately, things have changed. Very quickly. Season 4 is a completely different show.

“It’s not a secret that we’ve been hating this crossover since the moment it was announced. We still chose to be here for the cast that we love so much, but after what they did to Kim we will no longer support Fear. We love our OGs – Alycia, Colman and also Danay to death, but this account is called FearSource’ for a reason, and since the show we loved so much died, the reason for us to keep running FS died with it. 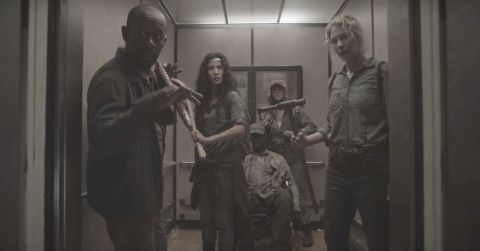 Lisandra’s direct reply (crying emoji following by “agreed”) signifies a supposed drop in quality from the show, which killed off Kim Dickens’ beloved character Madison in the midseason finale.

As you can see, the actress’ acknowledgement was warmly received by the fan page, albeit in a tearful manner.

Fear the Walking Dead airs on AMC in the US and on AMC on BT TV in the UK.