Fleabag director Harry Bradbeer is helming Enola Holmes. The film will premiere on September 23 on Netflix. 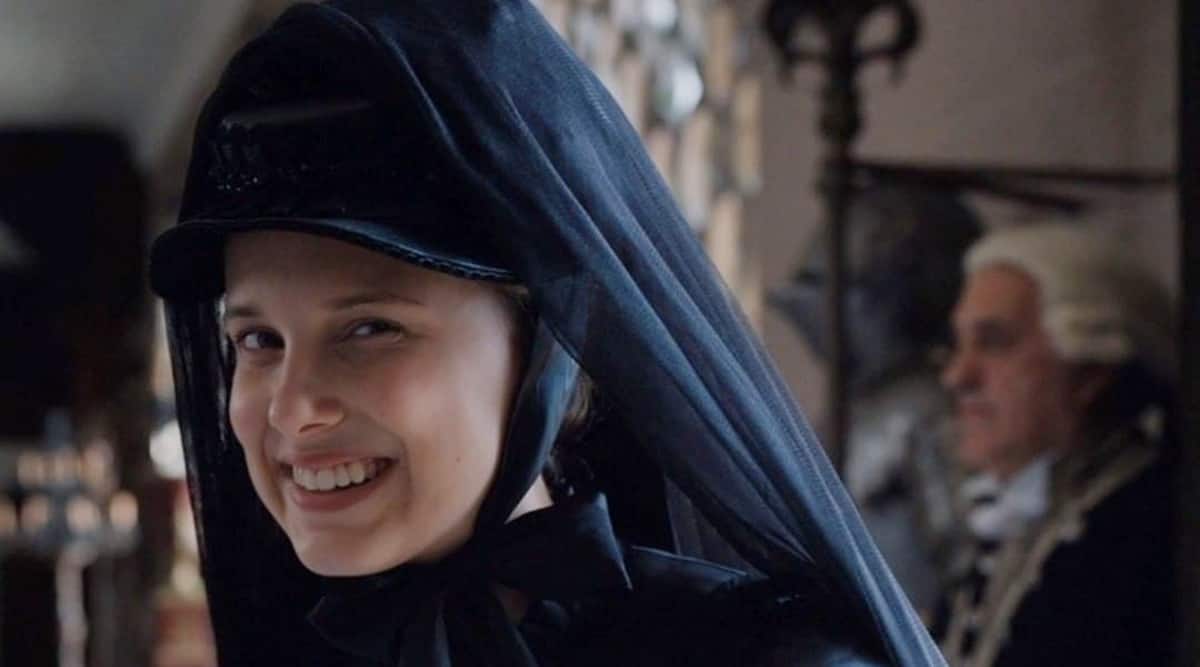 The teaser for Millie Bobby Brown starrer Enola Holmes is out. In the Netflix film, the Stranger Things actor will be seen in the titular role of a smart sleuth.

In the teaser, we get glimpses of the varied characters that will be seen in Enola Holmes. From Henry Cavill to Helena Bonham Carter, the movie boasts of a star-studded cast.

Enola Holmes is based on the books penned by Nancy Springer. Millie Bobby Brown will be seen as the ingenious teenage detective who outwits her brilliant brother Sherlock Holmes. While Henry Cavill will play Sherlock, British actor Sam Claflin will be seen as their brother, Mycroft. Helena Bonham Carter will portray the free-spirited mother of the Holmes siblings.

“I love the fact that she (Enola) can be very vulnerable yet even in her deepest despair she’s able to find herself again and fight back. I admire her courage and her strength. She goes to pretty dark places but she never gives up. It’s a big journey for her. She’s quite naïve and comes up against forces that are way beyond her. So she has to find her own resources,” Millie Bobby Brown had earlier said while talking about Enola Holmes.

The official synopsis of the film reads, “England, 1884 – a world on the brink of change. On the morning of her 16th birthday, Enola Holmes (Millie Bobby Brown) wakes to find that her mother (Helena Bonham Carter) has disappeared, leaving behind an odd assortment of gifts but no apparent clue as to where she’s gone or why. After a free-spirited childhood, Enola suddenly finds herself under the care of her brothers Sherlock (Henry Cavill) and Mycroft (Sam Claflin), both set on sending her away to a finishing school for ‘proper’ young ladies. Refusing to follow their wishes, Enola escapes to search for her mother in London. But when her journey finds her entangled in a mystery surrounding a young runaway Lord (Louis Partridge), Enola becomes a super-sleuth in her own right, outwitting her famous brother as she unravels a conspiracy that threatens to set back the course of history.”

Fleabag director Harry Bradbeer is helming Enola Holmes. The film will premiere on September 23 on Netflix.