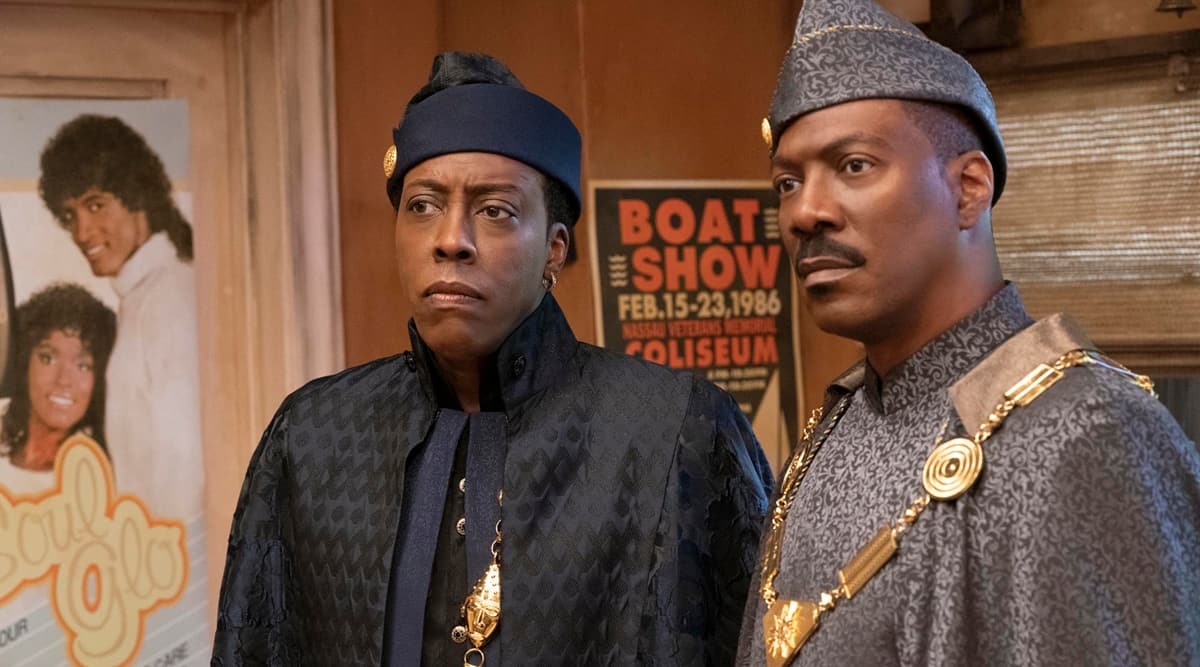 The trailer of Coming 2 America is out, and Eddie Murphy and Arsenio Hall are back for another rollicking royal adventure after more than three decades. The actors first shared screen space in the 1988 movie Coming to America.

Just like the original, Coming 2 America promises to be bucket loads of fun with both Arsenio and Eddie donning multiple characters in the film. Sure, the humour doesn’t look too ‘intelligent,’ but then brand Eddie Murphy has always been associated with slapstick and disguise humour.

In the new movie, Prince Akeem Joffer (Eddie) and his best friend Semmi (Arsenio) are looking for Joffer’s illegitimate son, who is currently living in America, unaware of his royal lineage and background. Semmi and Joffer return to America to find the latter’s son and groom him to become the next king of Zamunda. Will they succeed?

The official synopsis of the movie reads, “Set in the lush and royal country of Zamunda, newly-crowned King Akeem (Eddie Murphy) and his trusted confidante Semmi (Arsenio Hall) embark on an all-new hilarious adventure that has them traversing the globe from their great African nation to the borough of Queens, New York – where it all began.”

Coming 2 America will premiere on March 5 on Amazon Prime Video.