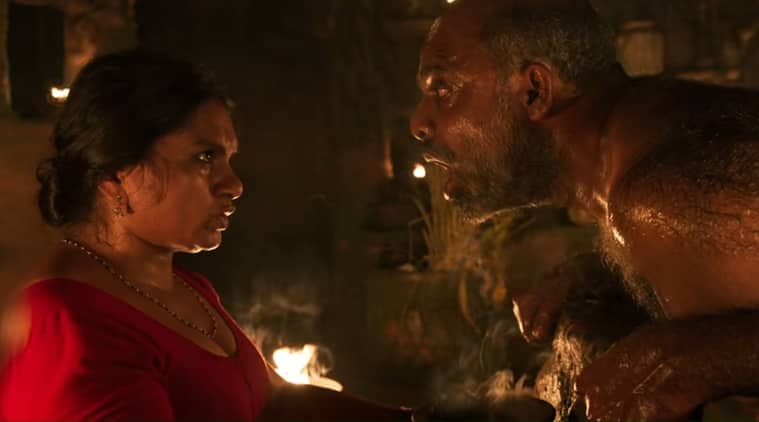 It feels like Lijo Jose Pellissery makes movies at the same rate we get a haircut. On Wednesday, he released the trailer of his upcoming film titled Churuli. This film was apparently shot in just 19 days.

The film is Pellissery’s second consecutive collaboration with writer S Hareesh, who wrote the screenplay for the director’s widely acclaimed Jallikattu.

Judging by the trailer, Churuli is also set in a hilly backdrop. And also has a bunch of men running berserk in the woods in the dark. In short, the trailer promises another exhilarating ride.

The trailer begins with a lady retelling a folk tale. It is the legend of a phantom in the jungle who has fun misguiding people. The name of the phantom is Perumadan. And Brahmin sets out on a mission to capture Perumadan but ends up falling for the deceit of Perumadan. And he doesn’t even know it.

The trailer also gives a glimpse of the visual spectacle that Pellissery has whipped up with his cameraman Madhu Neelakandan in the thick of the jungle. Also, the background score and the sound design add an edge to the dark and mysterious images.

Lijo Jose Pellissery is presently at odds with primary film bodies of the Malayalam film industry. He has refused to follow the restrictions of the producers’ council, which wants no new film production to begin until the release of movies pending due to the pandemic.

However, Pellissery has refused to comply citing the right to freedom of creators. The director has said that he would continue to independently make movies and show his movies on the platforms he deems fit.

It won’t be a surprise if Lijo Jose Pellissery releases Churuli directly on a streaming platform as it is still unclear when theaters will open for business. Also, he is expected to start the shooting of his next project, which has been titled A.