Rubina Dilaik puts up a good fight against Pavitra Punia in the new task. Guess who wins? 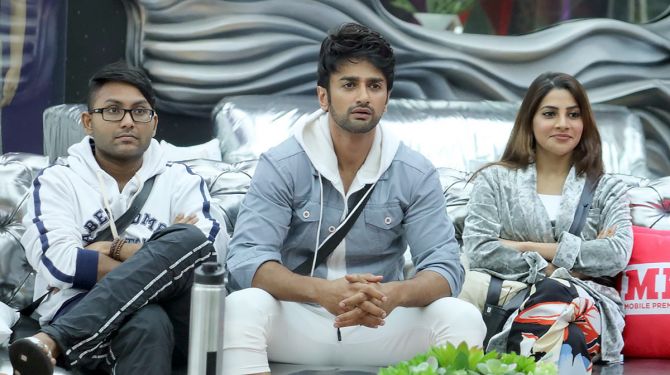 As a result, he gets into a verbal spat with Nishant Malkhani.

Later, Nikki has a conversation with Jaan alone and they eventually sort out their misunderstanding.

Meanwhile, Sidharth Shukla has a candid conversation about his late father and reveals its his birthday. Gauahar Khan and Hina Khan give him a hug and they talk a little more.

The next morning, Sidharth gives Pavitra Punia a pep talk.

He tells her that if she wants to stand out from the lot, she will have to bring back her old personality back.

He says at the moment, no one in the house looks like a winner as they are all playing the game safely.

In the kitchen area, Rubina gets angry when Nikki refuses to do her duty of chopping vegetables.

Even Hina and Gauahar don’t agree with Nikki’s decision but Sid doesn’t feel she is wrong.

Because of this, everyone gets into an argument. 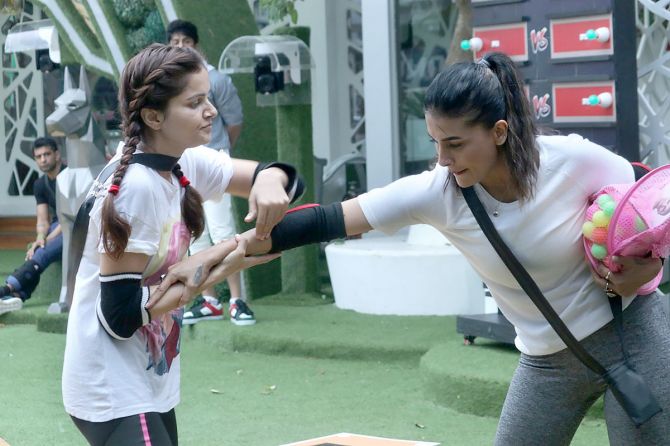 In the afternoon, Bigg Boss announces the new task where housemates will get a chance to win back their luggage from the BB mall.

Bigg Boss will call any two contestants who will go against each other and try to collect the most balls in their basket. They can do anything to save their own basket and even destroy their opponent’s.

Housemates are quite excited about the task.

Pavitra and Rubina are the first ones to go against each other.

Pavitra wins, and gets her luggage back. 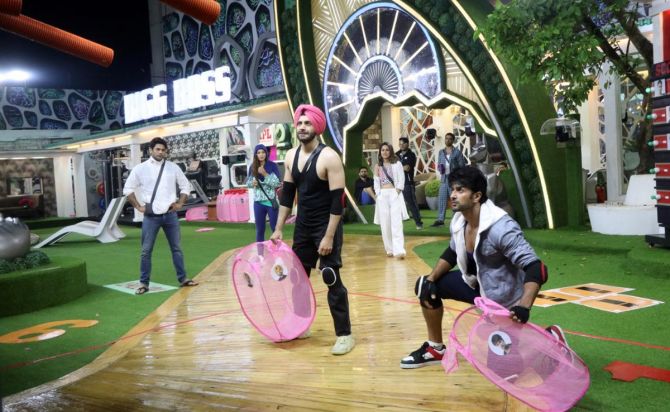 Eijaz Khan and Rahul Vaidya are next to go. Surprisingly, Eijaz does the task very well and manages to beat his opponent easily.

Then Shehzad Deol and Nishant Malkhani go against each other. As soon as the task starts, Nishant collects the balls in his basket and climbs up a tree to keep himself safe.

Hina and Gauahar ask him to come down but Sid says he can do whatever he wants.

Bigg Boss intervenes and asks Nishant to come down immediately.

When the buzzer rings, Nishant’s basket has more balls and he wins. 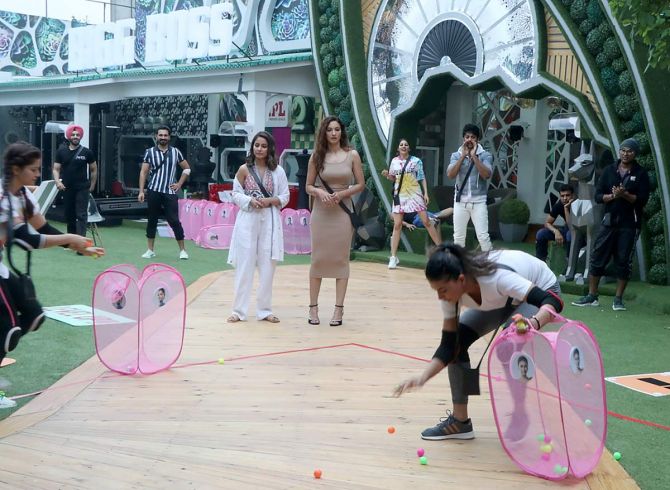 A little later, the task is put on hold because of the weather.

Taking advantage of the situation, Sid has fun with Hina and Gauahar.

He pushes them into the pool and jumps in too. 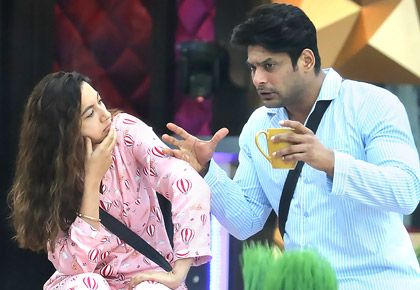