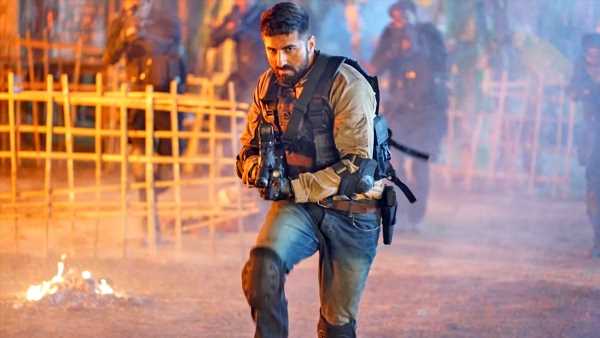 There’s too much going on in Anek, and a lot of it is terribly disjointed, complains Sukanya Verma.

Before watching Anek, I did a little experiment where I asked a bunch of people to name all the Seven Sister states as well as their capitals. That every single person fumbled in their answers didn’t really come as a surprise.

But not one person getting Dispur right was an eye-opener.

So it makes sense that Anubhav Sinha would want to make a movie about the neglected, insurgency-ravaged, region of India.

Sinha’s last few creations have consciously strived to shake off his viewers from apathy through films like Mulk, Article 15 and Thappad over social and political concerns.

Through Anek — the NE in the title is emphatically symbolic — he hopes to address the region’s bitter feelings towards India and its resistance to embrace the tricoloured dream.

But Sinha’s outsider perspective of its identity politics and grass-root struggle doesn’t go beyond an opportunity to identify itself as an ally of the under-represented.

Sinha’s personal ethics are personified in Joshua (Ayushmann Khurrana), a covert cop assigned the task of keeping an eye and leash on the activities of separatist leaders and rebel groups as well as their internal friction.

Joshua’s real name is Aman, quite like Shah Rukh Khan in Dil Se…, who interviewed locals and leaders in the North East as part of his Independence Day special reportage for All-India radio.

Only peace is a ‘subjective hypothesis’, garbles another super cop (J D Chakravarthy in an extended cameo) explaining how ‘one’s peace is another’s chaos’.

One’s nation is another’s nightmare too.

And Anek constantly questions what it means to be Indian through Aman’s think-out-loud sessions, which, honestly feel too designed to impress.

A constantly sniffing Ayushmann exudes a quiet despair as a man holding back all the unsettling discoveries he has made over the course of his career. Although the burden of didactic dialogue and exposition occasionally weighs him down.

There’s too much going on as it is and a lot of it is terribly disjointed.

Overnight, Aman turns into a sudden sympathiser of the NE movement.

Its other most unconvincing arc is the haphazard initiation of a youngster into the path of bloody rebellion after he gate-crashes a juvenile army taking on law and order.

Stylish but hollow continues to be the norm for Aman’s deafening gunfights across the narrow gullies and rebel hideouts too.

Sinha even formulates the premise for a surgical strike.

Amidst this frenzy is doe-eyed Aido (a quietly intense Andrea Kevichusa), Aman’s unsuspecting girlfriend and a young boxer, fighting racism and favouritism while waiting for the day India hears her out on her terms by paving the path to victory.

Her father’s (Mipham Otsal) ideology is in direct conflict with hers, but Anek‘s distaste for sentimental entanglements refuses to dwell into it for longer than 20 seconds.

Though shot extensively in Assam and Meghalaya, Anek‘s authentic landscape isn’t enough to bring out the air or character of these parts.

By clubbing all of the North East as one uniform voice of woes, to the extent that even car number plates read NE, Anek does great disservice to the diversity it vehemently claims to protect.

The age of streaming has allowed film-makers to become bolder about their creative choices, so it’s jarring when locals converse among themselves in broken, accented Hindi.

Many scenes are robbed of whatever little emotion Anek conjures while speaking in a language that doesn’t come naturally to them.

Anek is more credible when it lets the power brokers of Delhi conduct dirty business as usual.

They are not exceptionally written, but in the skin of Manoj Pahwa and Kumud Mishra, they gain nuance if not complexity.

Pahwa’s Abrar, a Kashmiri Muslim often likening the NE situation to the Kashmir situation, oscillates between hostile and hardened.

No matter what direction one looks in, there’s no country for people’s voices. 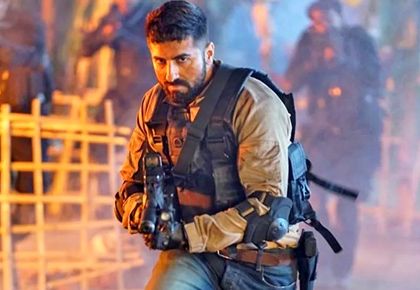