‘It’s almost more than 6 years now that I lost my love and passion, which is cricket.’
‘So it is high time that I make a bright career this year in the entertainment industry.’ 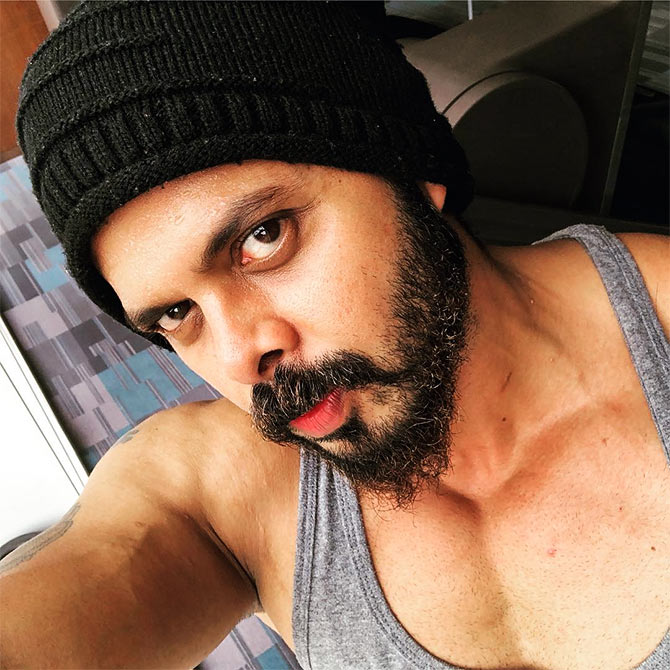 Soon after his Bigg Boss success, Shantakumaran Sreesanth‘s long-awaited debut movie Cabaret, stalled for many years, is set for a digital release.

“I must have done something really good in my past birth because doing a movie with Pooja Bhatt and Mahesh Bhatt speaks volumes,” Sree tells Rediff.com Contributor Ramesh S.

Kindly just walk us through your character in Cabaret.

I am playing an elder brother kind of a character. He is a powerful Malayali who helps girls who are in trouble.

There are lots of twists and turns in the movie, and I play a very important role in it.

Cabaret is finally releasing. How excited are you about it?

I feel truly great. All thanks to Poojadi (Pooja Bhatt) for considering me for the role.

Thanks for her outrageous decision, I am so happy for giving justice to the character in the film.

Also, hats off to Mahesh Bhatt sir for being in every scene to help me out.

The learning experience from him and Poojadi is a great thing and a huge bonus to start my career.

After this film, I did Aksar 2, one Malayalam film and so on.

Without Cabaret, I wouldn’t have done these movies.

Also, because of this, people are not looking at me only as cricketer Sreesanth.

Cabaret is having a digital release and that’s more important to me as I may not have got that exposure if it released in theatres.

Digital is that medium where a person working out in a gym or a person like a rickshaw driver can watch on their phone.

I am quite confident that people will love the film and my performance in it. 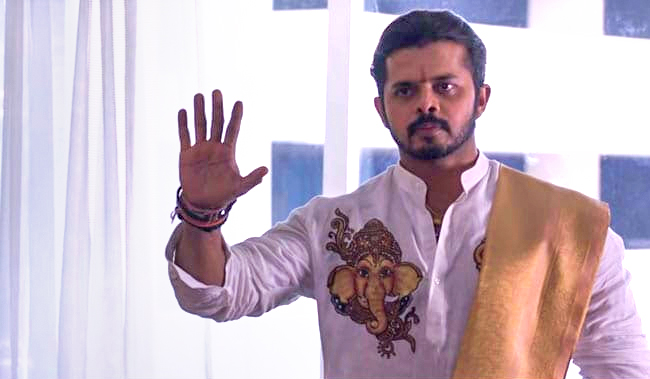 Do you think that with the digital release of Cabaret, your role will not get diluted and will be portrayed in its original form?

Absolutely! People generally write and shoot the project in a few days due to budget constraints as it will be released digitally.

Poojadi had already made this movie for a bigger screen with the importance of every single detail in it.

Cabaret is like a baby for her and I am honoured to be a part of it.

I don’t have a single doubt that every scene which I have done will be there in the movie.

I am very excited and confident that Cabaret will for sure be a right debut movie for me.

And anybody who is being introduced by Poojadi and Mahesh sir goes a long way.

While playing cricket, did you think that one day you would become a television star and a movie actor?

Not really, but I think it might have come from my family. My father did three black-and-white Malayalam movies long back.

My sister is an actress who has done movies and television shows. My niece is also an actress, so the arts field for me is not new.

It’s nothing, but destiny that I have landed here.

With the recent Bigg Boss and Khatron Ke Khiladi, my film Cabaret is releasing at the right time.

I would like to thank my Sree-fam (Sreesanth’s family of fans) who have been my backbone throughout.

Everybody who loves me and hates me will watch the film.

People who love me will watch for the sake of love, and haters will watch it to just see what Sreesanth has done here.

I am very confident that this movie will be remembered by one and all. 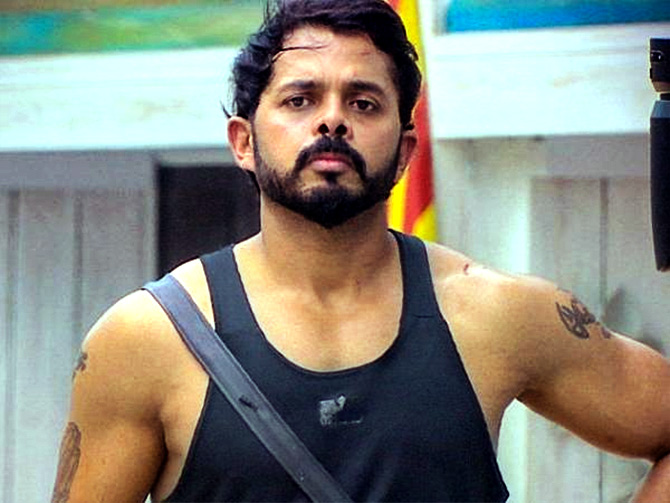 After becoming the first runner-up in Bigg Boss 12, do you think there is hatred for you?

God’s great! Huge thanks to my wife for the support because that’s where it all started. She is truly my backbone and helped me throughout.

I also thank my haters because it made me stronger as a human being.

When you fall down, you need support to get up, and that support comes from within.

Although in Bigg Boss, my other side was not known. But people who know me are getting to know that other side from Khatron Ke Khiladi. I am just looking for the every opportunity that is coming along the way.

I love challenges. More than Khatron Ke Khiladi, Bigg Boss was a challenge for me.

I was very fortunate to be in the top two, but I am super happy for Dipikaji for winning the show. She completely nailed it.

She is like my sister and it’s a great bond that we share together. That show is over, but I love every individual who supported and not supported me.

Do support me like you guys have always supported me.

However, when it’s competition, trust me, I will be up there.

2018 ended with Bigg Boss for you, and now in 2019, it’s Khatron Ke Khiladi and Cabaret. Do you feel that good things come for those who wait?

Yes, better late than never. I think I totally deserve it.

Along with me, my family and Sree-fam too deserves this little success which I am presently getting. I am sure it’s just a start and a new beginning.

It’s almost more than 6 years now that I lost my love and passion, which is cricket. So it is high time that I make a bright career this year in the entertainment industry.

And new beginning starts with digital release of Cabaret where every individual can watch it on their phone.

Everybody’s comments and reviews will make a lot of difference in my career. And so I am looking forward from 2019 to 2050. 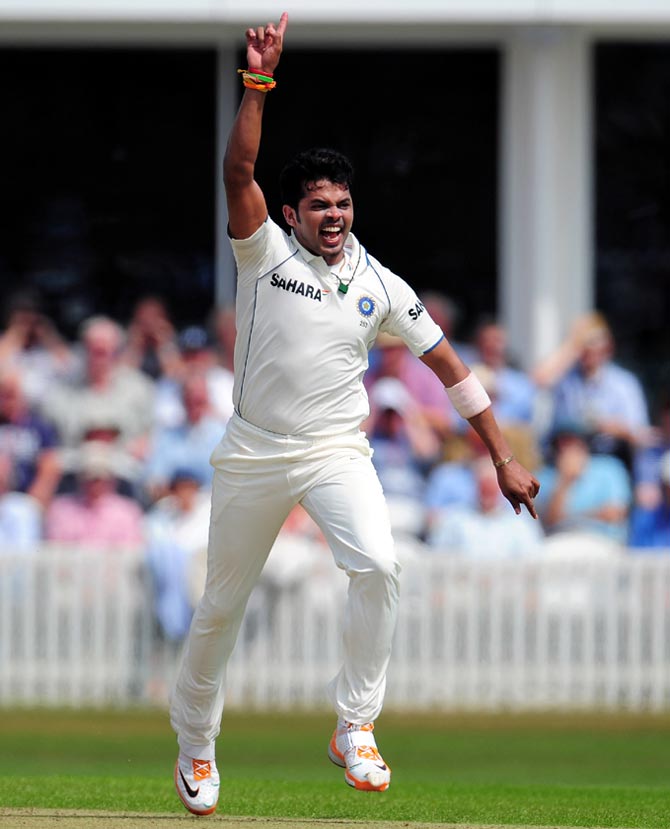 Your name was finally cleared in the spot-fixing case after a long time. It must have been tough for you.

It was tough, but my father always says, ‘When life gets tough, the tough gets going.’ And so I was tough enough to face those situations.

It was not an easy phase because it was filled with depression and self-doubt. I don’t want anyone to be in that situation. I am confident now that I am more than happy and ready to help anybody in that situation.

One thing that kept me going was my wife and family who supported me all the way.

Along with them, all my fans out there kept motivating me.

Cricketer colleagues, politicians and people from the entertainment industry supported me.

It was truly a difficult time for me from 2013 to 2015, but once I got cleared, I started receiving the respect back.

I am really grateful for Bigg Boss because it has opened up the way, thanks to Endemol Productions and Colors TV.

Now I am looking forward to a brighter side of my life.

Before that, if I have ever done anything wrong, from my kindergarten school days till today, to anyone which might have hurt them, then I am extremely sorry for all my mistakes.

I know that everyone would be having their valid reasons, where maybe I didn’t stand up to their expectations, but all I can say is that I love you all and will always love, no matter what. 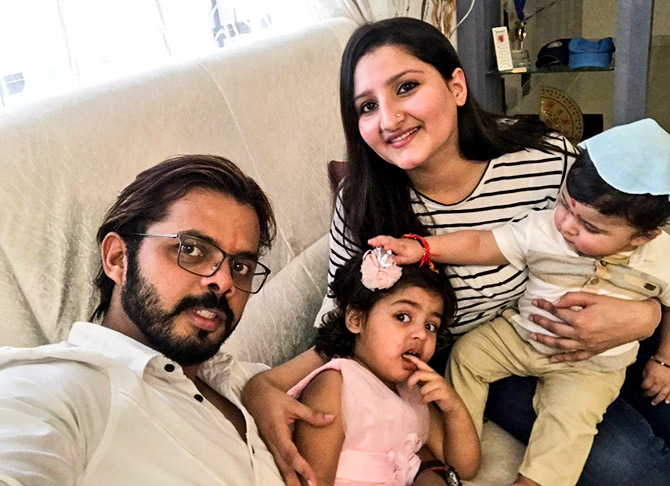 Was there any point that you broke in those tough situations?

There were lot of occasions such as in Tihar jail and so on. But that kept me going, thanks to those circumstances.

That voice deep inside me was saying that you totally owe to your mother and father.

Also, it said that you have a wife that should be taken care of by me.

Along with that, you have to live for your daughter and son.

I think every individual is fighting with their own problems, be it a normal guy or the biggest celebrity of the country, and everybody has their own ways to deal with it.

I am an emotional person and not ashamed to show my emotion in front of other people.

I am very proud to say that’s the way I have been brought up.

Also, there’s no point in hiding stuff because it is better to be open and show to the world who you really are.

Even on Bigg Boss you must have seen that I was there for a lot of people.

I must have done something really good in my past birth because doing a movie with Pooja Bhatt and Mahesh Bhatt speaks volumes.

After Cabaret, I have a Kannada-Tamil-Telugu movie releasing in February or March 2019.

I also have one Web Marathi movie and one Hindi project which are being lined up. 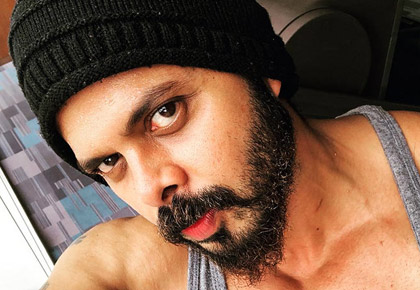