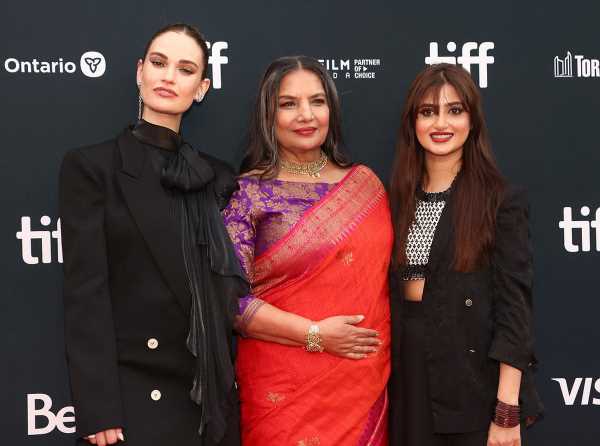 As the curtain come down on 2022, Roshmila Bhattacharya flashbacks to some of the year’s news-makers and events.

Three decades after she started working in the West in her first colour-blind casting, Shabana Azmi was seen as Admiral Margaret Paragonsky in the Steven Spielberg-produced sci-fi series, Halo, which started airing in March and has already gone on the floors with Season 2.

Shabana, along with Oscar-winner Emma Thompson, also featured in Shekhar Kapur’s What’s Love Got to Do With It?, a cross-cultural romcom written by Imran Khan’s ex-wife Jemima Goldsmith.

After Victoria & Abdul and Death On The Nile, Ali Fazal signed another Hollywood film Kandahar, produced by Gerard Butler, who also co-stars in it.

Dhanush caught everyone’s attention in The Gray Man, directed by the Russo Brothers and starring Ryan Gosling and Chris Evans.

Now, Sobhita Dhulipala and Sikandar Kher are hoping to make an impression with Dev Patel in his directorial debut, Monkey Man.

While Aamir Khan’s Laal Singh Chaddha was a remake of Tom Hanks’ Forrest Gump, Taapsee Pannu’s first production Blurr was modeled on the Spanish horror-thriller Julia’s Eyes. Kareena Kapoor teamed up with Sujoy Ghosh for a Netflix film which is an adaptation of Keigo Higashino’s Japanese novel, Devotion of Suspect X.

G: GODS MUST BE ANGRY A communal hue has cast its shadow over our cinema because the Pathaan chartbuster, Besharam Rang, has been termed anti-Hindu as Deepika Padukone appears in a saffron bikini.

Earlier, Brahmastra was trolled and Bollywood called ‘Urduwood’ after Ranbir Kapoor’s Shiva was ‘spotted’ in the trailer entering a temple wearing shoes.

Even after Ayan clarified that he was stepping into a Durga Puja pandal and not a mandir, the duo, along with Alia Bhatt, were not allowed inside Ujjain’s Mahakaleshwar temple ahead of the release.

Members of the Shia community took objections to Khuda Haafiz: Chapter 2‘s song Haq Hussain, and the makers had to issue a written apology and changed the lyrics to Junoon Hai. It all began when actor Kiccha Sudeep, when asked at a film launch for his take on South films doing well pan-India, quipped, ‘Hindi is no more the national language.’

Responding to him, Ajay Devgn took to Twitter to argue that if he believed this, then why was the Kannada actor dubbing his films in Hindi and releasing them?

His Southern counterpart explained that his words had been taken out of context and lost in translation.

Ajay thanked him for clearing the air, insisting he respected all languages and expected Hindi to be respected too, adding, ‘Perhaps something was lost in translation.’

Sudeep, who played Dabbang 3‘s Bad Man, added that saying translation and interpretations are perspective and that’s the reason not reacting without knowing the complete matter matters. 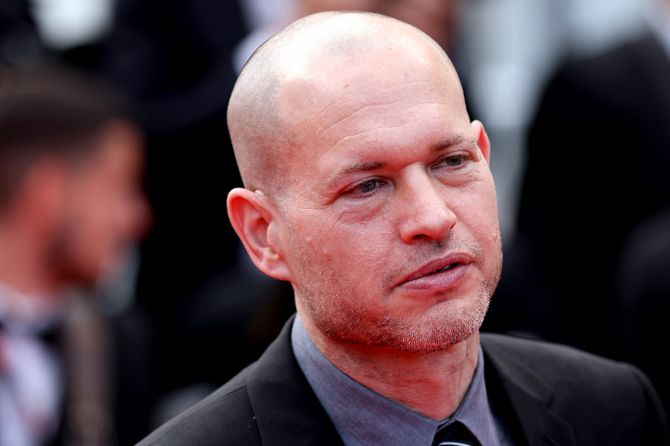 The closing ceremony of the 53rd International Film Festival of India was shadowed by controversy after jury head, Israeli film-maker Nadav Lapid, described Vivek Agnihotri’s The Kashmir Files as ‘vulgar propaganda’ and asserted that he was ‘disturbed and shocked‘ that the film had been selected for the Indian Panorama section.

Dealing with the 1990 exodus of Kashmiri Pandits, the The Kashmir Files was competing with 14 others for the top prize, the Golden Peacock, bagged by Costa Rican film-maker Valentina Maurel’s Spanish movie I Have Electric Dreams, its lead, Daniela Marin Navarro, taking the Silver Peacock for Best Actor (Female).

Taking to Twitter, Israeli Ambassador Naor Gilon pulled up Lapid for abusing the Indian invitation to chair the jury in the ‘worst way’ and apologised to the hosts. Jacqueline Fernandez got entangled in the Enforcement Directorate’s web after admitting that she has known Sukesh Chandrashekar since February 2017 and has accepted expensive luxury gifts from the alleged conman.

As intimate photographs of the two surfaced, with Sukesh claiming she even wanted to marry him, the 37-year-old actress was named as an accomplice in the Rs 200 crore extortion case.

Professionally, Jacqueline announced her Hollywood debut in the anthology Tell It Like A Woman, directed by eight women directors from across the world, and also featuring Jennifer Hudson, Taraji P Henson and Cara Delevingne. 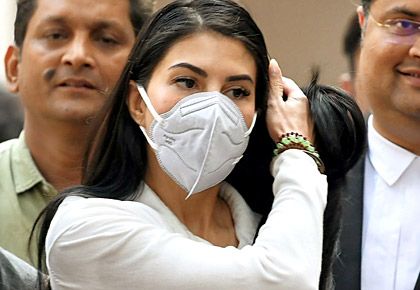