Shreyas Iyer said his aggressive batting in his earlier days was not always appreciated. Rahul Dravid once told him off for taking a chance in the last over, he said, adding that he realized later what Dravid was trying to say. 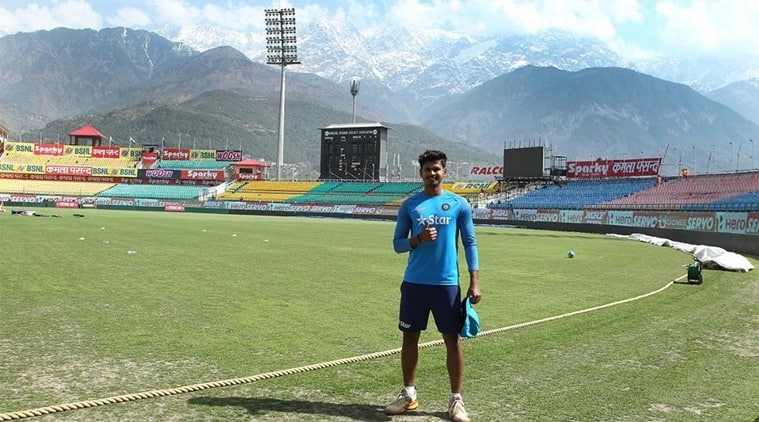 Shreyas Iyer’s aggression while batting led to many people likening him to Virender Sehwag in his earlier days, but Iyer said this approach of his was not always appreciated. Rahul Dravid once told him off for stepping out his crease and hitting a six in the last over of a four-day match, he revealed on Saturday.

‘What is this boss? ‘ was what Rahul Dravid asked Iyer, recalled the young Mumbai batsman.

“It was a four-day match and Rahul Dravid was seeing me for the first time. It was first day’s last over. I was batting on 30 or something, so everyone thought (that since) it is the last over I’ll play out the over, I’ll play it carefully and finish it. Rahul Dravid sir was sitting inside. The bowler bowled a flighted delivery, so I stepped out and hit it in the air. It went high up in the air and it was a six. Everyone in the dressing room came out running, they were looking up, and thinking who plays the last over like this,” Iyer was quoted as saying by Cricbuzz.

“That day he (Rahul Dravid) judged me for how I am. He came to me and he was like ‘Boss! What is this? (It is the) day’s last over and you’re doing this’? But later on, I started realising about what he was trying to say.”

Of late, Iyer has done well to cement his spot as India’s number four in the limited-overs formats. He was criticised for recklessness before he matured as a batsman.

Speaking about the change in approach in recent years, Iyer said, “Some of it is natural and some of it is mental as well. Both go 50/50. You have to be mentally very strong, when you play at the highest level.”

“You have to believe in yourself, and you have to be positive at that stage. Yes, I think at that time, I was really confident about the way that I used to approach my innings, and my body language used to say it.

“But people used to think I was very lazy and lethargic, but I never thought about what they would think about me, I just backed myself, and I just used to do the things the way I liked to.”