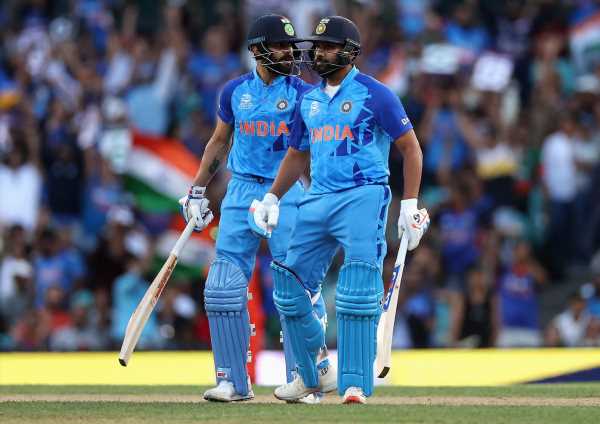 The four national selectors, who were sacked in the aftermath of India’s ouster from the T20 World Cup after losing to England in the semi-finals, got a surprise call to report back to work.

With the new selectors yet to be picked, the panel led by Chetan Sharma, who were sent packing last month, was asked to select the Indian team for the ODI and T20I series against Sri Lanka on Tuesday.

Chetan Sharma, Sunil Joshi, Debasis Mohanty and Harvinder Singh were also asked to report for the third round matches of Ranji Trophy, which started on Tuesday, before they held a virtual meeting in the evening to pick the Indian team.

The selectors did well to deliver a loud and clear message as they sought to kickstart the transition in the Indian T20 team.

Keeping an eye on the T20 World Cup in 2024, Hardik Pandya was named India’s T20 captain, while seniors like Rohit Sharma, Virat Kohli and K L Rahul were given a break for the Sri Lanka series.

With no e-mail communication from the BCCI or a media conference with the selectors, it is unclear if the trio are no longer part of India’s plans in T20 cricket or if they are only given a temporary break.

Kohli gave ample proof during the T20 World Cup that he still has a lot of cricket left in him, but he along with Rohit and Rahul could be out of India’s plans for the next T20 World Cup, which is two years away.

Hardik has also been named as Rohit’s deputy in the ODI team with Rahul relegated to the wicket-keeper-batter role after his inconsistent showing in Bangladesh.

Rahul captained the Indian team in the third ODI and the two-Test series in Bangladesh after Rohit was ruled out with a thumb injury, but could now find it difficult to find a place in the team.

Veteran Shikhar Dhawan also seems to have played his last match for India after he was dropped from the ODI team as the selectors rewarded youngsters Shubman Gill and Ishan Kishan for their good showing recently.

Dhawan, 37, scored just 49 runs in his last five ODIs including 18 runs in three innings in Bangladesh and was shown the door.

Gill and Kishan are set to open the batting in the Sri Lanka T20Is, while one of them will partner Rohit in the three-match ODI series.

Sanju Samson makes the cut in the T20 team as a specialist middle order batter, while Rishabh Pant was dropped from both the ODI and T20 teams.

Pant has been splendid with the bat in Test cricket in recent times, but hasn’t been able to replicate the form in white ball cricket. Kishan has made most of his limited opportunities and is likely to don the gloves in both the ODIs and T20s.

It remains to be seen if Pant has been sidelined from the white ball teams or if he has been given a break considering the four-Test series against Australia in February.

Both Pant and Rahul donned the gloves at different times in the last year or so in white ball cricket, but the selectors could reward Kishan with a deserving long run.

Interestingly, the selectors made a brave call to reward Bengal pacer Mukesh Kumar with a place in the T20 team on the basis of his good showing in domestic cricket. Mukesh has never played the IPL but did well for Bengal, and also for India ‘A’ against New Zealand and Bangladesh recently.

Similarly, UP fast bowler Shivam Mavi, who has been among the wickets in the Vijay Hazare Trophy one-day tournament and the Ranji Trophy, was picked for the T20 team.

Both Mukesh and Mavi made waves last week after bagging lucrative contracts at the IPL auction in Kochi on December 23.

The T20 pace attack looks thin on experience with Arshdeep Singh, Harshal Patel and Umran Malik the three main fast bowlers along with Mukesh and Mavi, while seniors like Bhuvneshwar Kumar and Mohammed Siraj were left out.

Ruturaj Gaikwad, who hit four centuries in five matches in the Vijay Hazare Trophy including 220 not out, gets another chance at the international level, but it remains to be seen if he gets game time during the three T20Is.

Suryakumar Yadav was rewarded for his incredible batting performances in the last 12 months; he was named vice-captain of the T20 team and also included in the ODI team along with his Mumbai team-mate Shreyas Iyer, who must consider himself unlucky to be left out of the T20 team.

Spin all-rounders Washington Sundar, Axar Patel and leggie Yuzvendra Chahal could take over the spin duties for India going forward in white ball cricket, while Kuldeep Yadav, controversially dropped for the second Test against Bangladesh, was named in the ODI team.

With the ODI World Cup scheduled to be played next year, Rohit will be desperate to bounce back after a below-par showing in Bangladesh, while Kohli will look to continue his recent good form against the Lankans.

But this could be the last opportunity for the inconsistent Rahul who has been picked as a wicket-keeper-batter.

Senior pro Mohammed Shami will be keen to dispel doubts about his fitness and form as he returns to the ODI team, but he faces stiff competition from his younger pace colleagues Siraj, Umran and Arshdeep.

India will miss Jasprit Bumrah and Ravindra Jadeja, both of whom are recovering from their injuries, but will field a strong unit in home conditions.

Despite the home advantage, India will do well not to take Asian champions Sri Lanka lightly, who on their day are capable of upsetting the best.