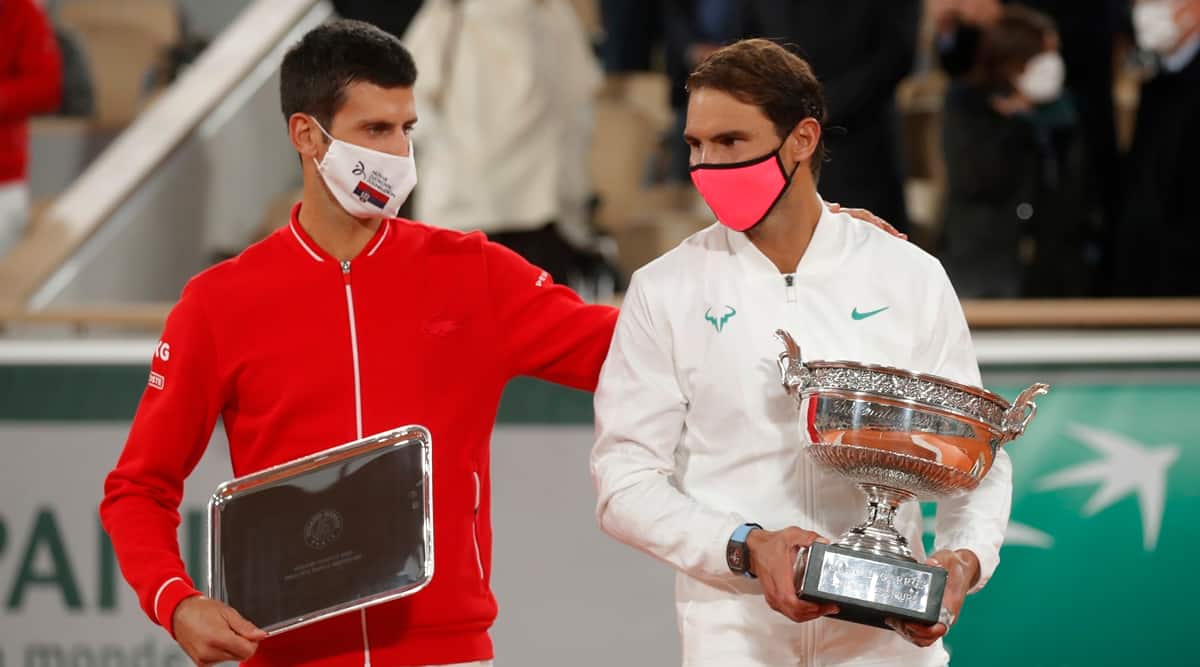 Novak Djokovic remained the highlight of tennis in 2020 as he started the year on a high by successfully defending his Australian Open title but little did the Serbian know what lay ahead of him as he progressed through the year.

Soon after, the sports calendar took a hit as the coronavirus pandemic grew severe, cancelling major tournaments around the world, bringing tennis to a halt. Wimbledon was cancelled for the first time since World War II along with several other tournaments while Tokyo Olympics postponed to 2021.

After the ATP suspended all tournaments for six weeks in March, Djokovic proposed an exhibition tournament ‘Adria Tour’ in the Balkans in June. At Djokovic’s behest, numerous tennis players flew to the Balkans for the tour but it backfired when during the tournament, several players, including Djokovic tested positive for the novel virus along with his wife Jelena and coach Goran Ivanisevic.

Djokovic was heavily criticised for the poorly-organised event. Throughout the weekend, Djokovic and Co were seen hugging, shaking hands and mingling with the crowd. The players engaged in exhibition basketball and football matches, attended after-parties, and spectators were neither required to maintain social distancing nor wear masks.

To make matters worse for the 33-year old Serb, the 17-time Grand Slam champ was ousted from the US Open in the fourth round after hitting a ball in anger, which went on to hit a linesperson.

But Djokovic, who lifted an eight Australian Open crown, bounced back strongly as he went on to win the Rome Masters and also enter the final of the French Open where he lost to Nadal. He ended the year as the men’s number one for the sixth time.

Tennis welcomed a first men’s Grand Slam champion from outside the ‘Big Three’ since 2016 in Thiem during a 2020 campaign with compelling storylines despite the COVID-19 pandemic wiping out almost half the season, including Wimbledon.

It was at the fanless Flushing Meadows that Thiem ended the iron-grip of the triumvirate of Rafa Nadal, Novak Djokovic and Roger Federer on Grand Slams, the first major won by a player outside the trio since Stan Wawrinka’s 2016 triumph in New York. Thiem’s triumph was, however, aided by the absence of Nadal, who did not defend his title due to COVID-19 concerns as well as Djokovic’s exit in fourth round. Nadal, 34, won the French Open in style, beating Djokovic in straight sets to win his 20th Grand Slam title. Nadal’s 13th crown at Roland Garros was his 20th major and tied him for the most men’s titles with Federer, who played the Australian Open before two knee operations ended his season.

While Djokovic and Nadal showed they will continue to be leading contenders in 2021, Thiem, Daniil Medvedev and U.S. Open finalist Alexander Zverev underlined their potential.

Thiem’s first major win in his fourth final was followed by Russian Medvedev’s victory in the season-ending ATP Finals, which was held for the final time in London before moving to Turn in Italy for the next five years

Osaka shines both on and off the field

The year marked the comeback of twice major winner Victoria Azarenka, who won her first title since 2016 at the Western & Southern Open when Naomi Osaka withdrew injured. Two weeks later the pair met again in the U.S. Open final but this time it was the Japanese who emerged victorious, picking up her third Grand Slam trophy.

Osaka, born to a Japanese mother and Haitian father and is the highest paid women athlete in the world, was also hailed for shining the light on racial injustice during the tournament.

Before each match at Flushing Meadows, she wore a mask bearing the name of a different Black American who had suffered racial injustice in the United States.

The women’s tour also found new young champions in American Sofia Kenin and Iga Swiatek of Poland, while world No. 1 Ash Barty’s season came to an abrupt halt in February as she opted not to travel out of Australia for the rest of the year because of the pandemic.

Kenin, 22, won the WTA Player of the Year award after her Australian Open victory and runner-up finish at Roland Garros to 19-year-old Swiatek, who became the youngest French Open women’s winner for 28 years.