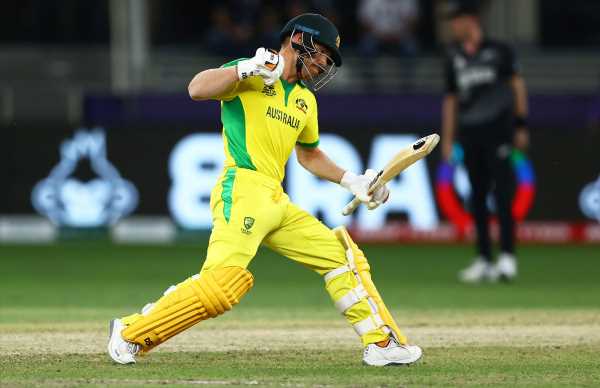 The T20 World Cup could prove a watershed moment for top performers in the tournament at the Indian Premier League.

With the addition of two more IPL teams and a mega players auction coming up ahead of the new season, the World Cup’s star performers could be rewarded with handsome bids.

David Warner bounced back in style after his IPL snub at Sunrisers Hyderabad while the likes of Daryl Mitchell, Matthew Wade and Wanindu Hasaranga also posted match-winning performances.

IPL franchises will do well to mark the likes of Jos Buttler, Kane Williamson and Adam Zampa in their plans ahead of the 2022 season. 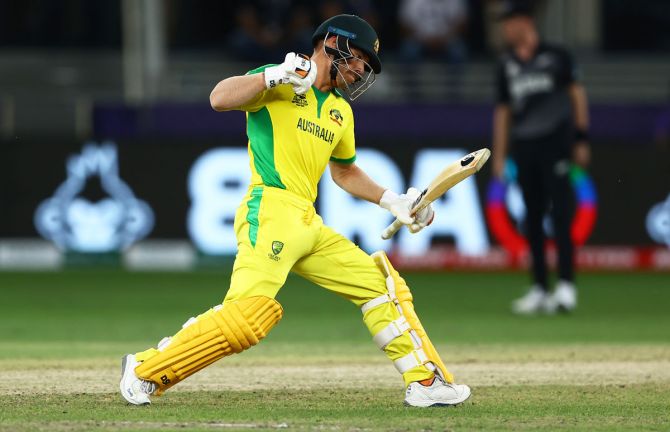 What an incredible turnaround for David Warner these four weeks!

Written off in some quarters after a below par showing in IPL 2021, but, as they say, ‘form is temporary, class is permanent’.

There can’t be anything bigger for a sportsperson than playing a role in your national team’s triumph and it showed in Warner’s desperation to not only fight his poor form but also take Australia to victory.

He was dropped by his IPL team, Sunrisers Hyderabad, after struggling for runs in the first leg in India and a couple of matches in the second leg in the UAE.

Australia showed trust in their experienced opener and Warner repaid the team’s faith with top-notch performances in the big games.

His critics were left dumbfounded as the left-hander came up with scores of 89 not out (vs West Indies), 49 (vs Pakistan in the semi-final) and 53 (against New Zealand in the final).

He finished with a tally of 289 runs, at a strike rate of 146, and was rightly named Player of the tournament.

Sunrisers Hyderabad must regret its hasty decision on Warner, instead of backing him.

With the addition of two new teams, Warner could be the man on every team’s wish-list at the IPL auction.

Buttler played two of the most outstanding knocks in the T20 World Cup.

He blasted his way to an entertaining 71 from 32 balls as England demolished Australia by eight wickets in the Super 12s stage.

He followed it up with another breathtaking innings, 101 not out from 64 balls, against Sri Lanka on a slow Sharjah wicket.

If Buttler is not retained by the Rajasthan Royals, he could be a hot pick at the IPL auction.

A wicket-keeper, who is reliable with the gloves, and a dangerman with the bat, he will be wanted by all teams. 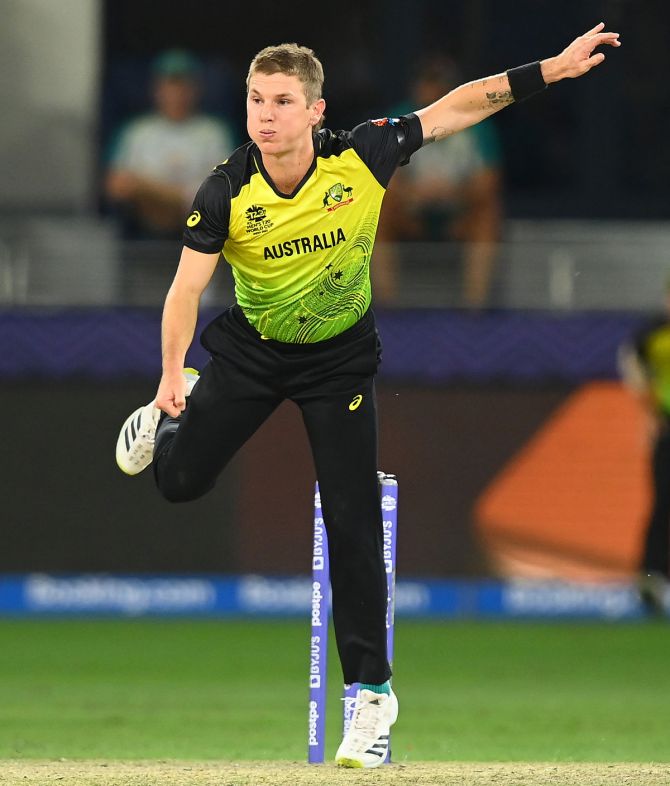 After his fine showing with the ball for Australia in the T20 World Cup, he will be one of the most sought-after bowlers at the IPL auction.

Zampa claimed 13 wickets in the World Cup, at an impressive economy rate of 5.81, including the best of 5/19 against Bangladesh, to play a major role in Australia’s triumph.

The leggie came up with two vital bowling performances in the semi-final and final, taking 1/22 against Pakistan and 1/26 against New Zealand. 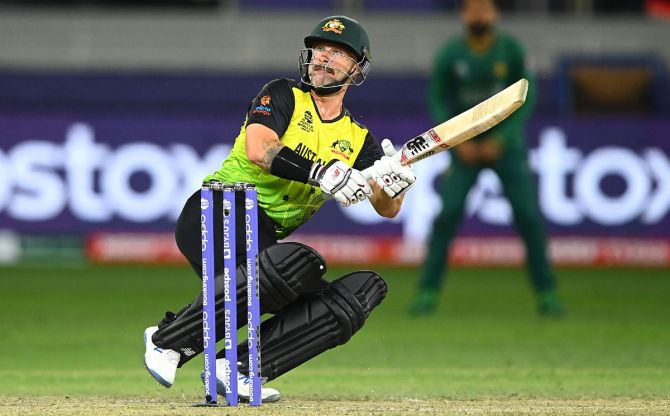 Wade played the innings of his life as Australia came back from the dead to get the better of Pakistan in the semis.

Not many bet against Pakistan, with Australia needing 22 from the last two overs for victory, and star pacer Shaheen Afridi bowling the 19th over.

But Wade turned the game on its head with his amazing stroke-play against Afridi. He was put down by Hasan Ali at deep midwicket and made Pakistan pay big time for that lapse with three sensational sixes in a row off Afridi.

Wade is an all-rounder in the true sense. He can be devastating with the bat at the end and is reliable with the gloves.

Teams in the lookout for high-quality finishers don’t have to look beyond the dangerous Wade. 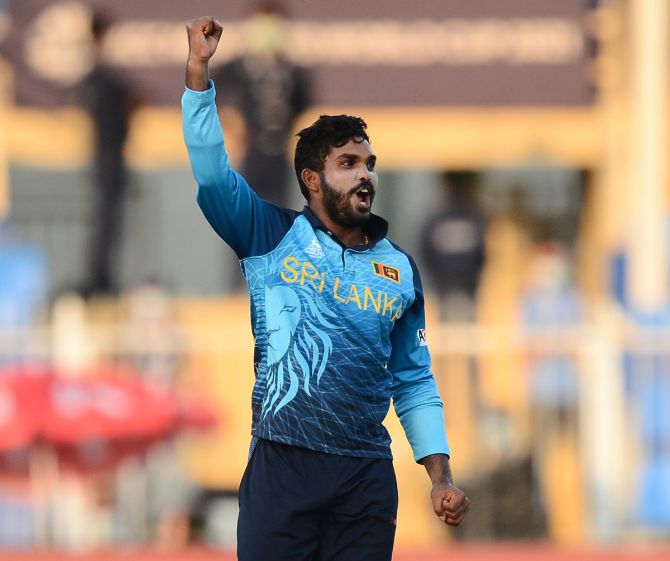 Hasaranga is emerging as the next star player from Sri Lanka.

He made head turns with splendid performances with the ball, picking up 16 wickets — the highest in the T20 World Cup — at an economy rate of 5.20. He is also quite capable with the bat.

Hasaranga featured in just two games for Royal Challengers Bangalore in the second leg of IPL 2021 in the UAE. Going forward, surely he will be one of the players to watch out for in the IPL in the years to come. Boult continues to sparkle with the ball across formats.

He was one of the most consistent performers in the IPL and yet again showed his prowess with the ball in the T20 World Cup.

If Mumbai Indians does not retain him, Boult will attract big bids at the IPL Auction. 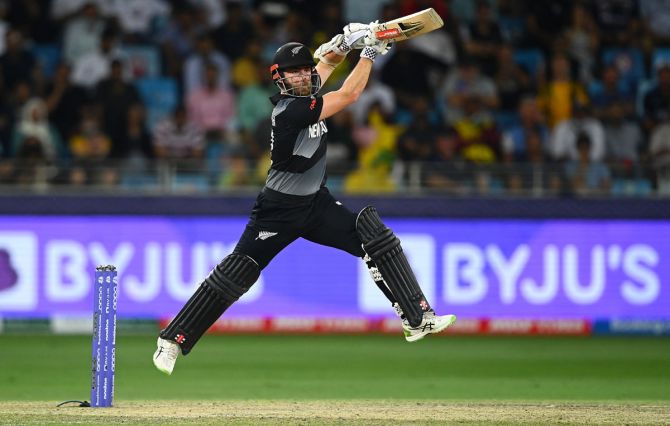 The Ice Man highlighted why he is rated as one of the best batters in modern day cricket with his incredible innings in the final against Australia.

New Zealand looked down and out at 57/1 in 10 overs in the final before the normally steady Williamson tore apart the Australian bowling attack.

He smashed an entertaining 85 from 48 balls to help New Zealand recover and post 172/4.

If Sunrisers Hyderabad don’t retain Williamson, he could be a hot favourite for teams looking for a calm and assured leader along with being a consistent batsman. Ish Sodhi has never really enjoyed the confidence of IPL franchises over the years.

As he showed in the T20 World Cup, he is quite a threat with the ball in T20 cricket.

Except for the final, when he went wicketless, Sodhi picked a wicket in every match while also keeping the runs down.

Finding quality spinners has been an issue in the IPL in recent years and Sodhi can prove to be a good addition to any team, with his ability to pick wickets consistently in the middle overs. 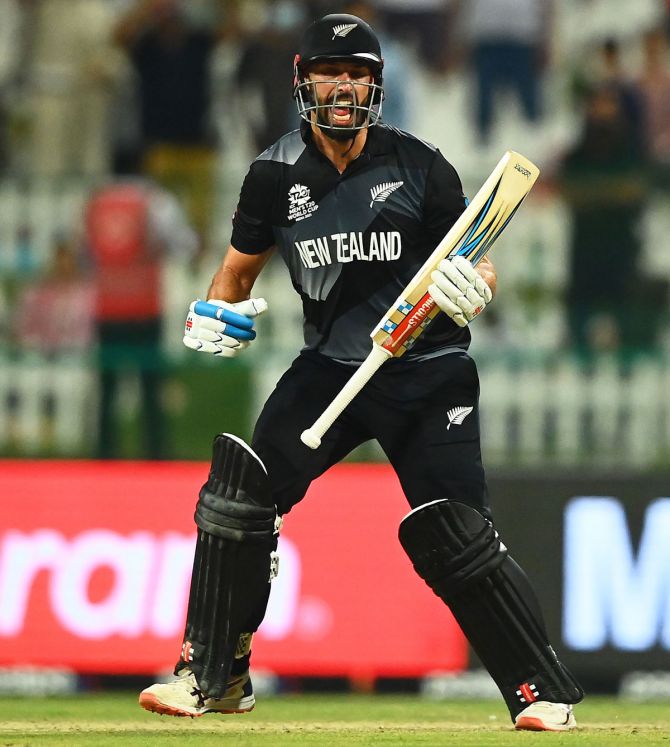 Daryl Mitchell is another player who hit the headlines at the T20 World Cup.

During his match-winning knock of 72 not out from 47 balls in the semi-final against England, he showed his versatility with the bat.

Starting off steadily, Mitchell hit the gears in the closing stages of a thrilling run chase to guide New Zealand to an unlikely win from a difficult position.

His ability to keep calm in pressure situations coupled with handy medium pace bowling could make him an attractive proposition at the coming IPL auction.