Sandeep Sharma was the standout performer for Sunrisers Hyderabad against Chennai Super Kings in Dubai. 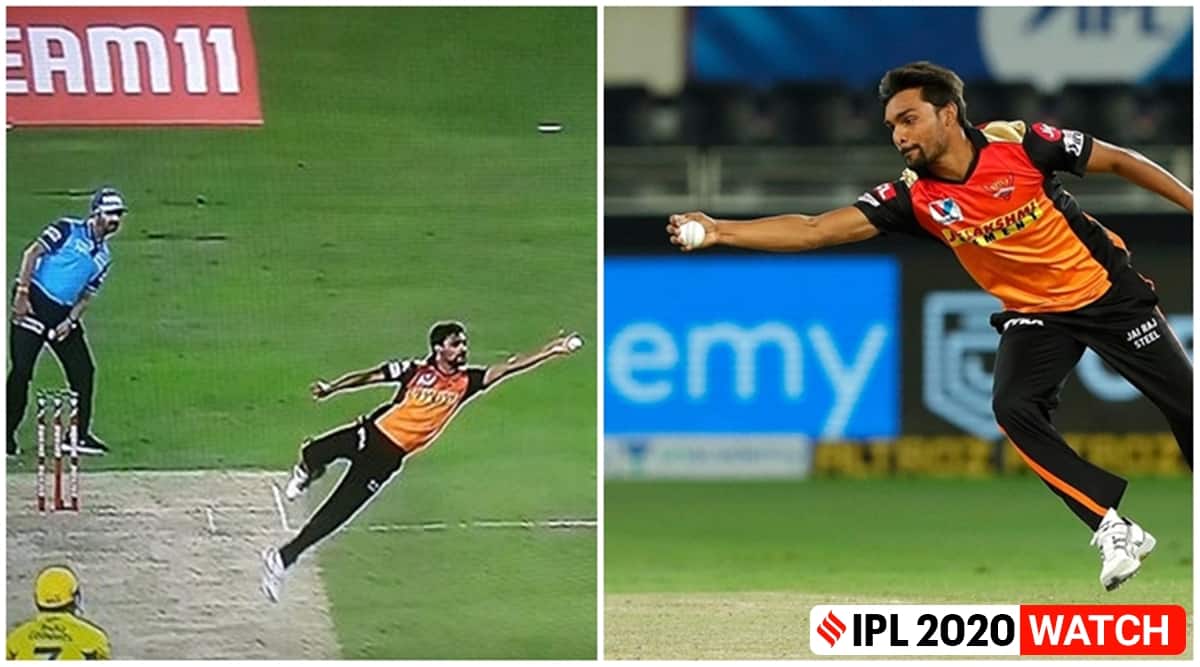 Sandeep Sharma was the standout bowler for Sunrisers Hyderabad against Chennai Super Kings in Dubai on Tuesday. In his four-over spell, Sharma returned with figures of 2/19 which included the important wickets of Sam Curran and Faf du Plessis.

Right from the first over, the right-arm medium pacer was on the money and accurate with the new ball giving nothing away.

He drew first blood for the Sunrisers, removing du Plessis at the beginning of the third over with a ball that sneaked in.

Sam Curran, who was sent up the order, raced to 31 off 21-balls but his stay at the crease was brought to an end by Sharma, who went around the wicket to bowl a good length delivery angled into the leg stump.

But what was equally impressive was his commitment and effort when he came back for his final spell in the 17th over of CSK’s innings.

Sharma bowled a delivery to CSK skipper MS Dhoni which pitched on the short-length and did not come on to the bat. Dhoni, who tried to work it across the line, managed to get a leading edge which was quite wide of Sandeep.
But the right-armer dived full-length to his left, in supermanseque style and almost pulled off one of the greatest catches of all time but sadly the ball just did not stick.

As he landed a bit awkwardly in the process and he lost control of the ball and hurt his left rib-cage.

Meanwhile, with Sharma accounting for both openers in the Powerplay, Watson and Rayudu stitched a valuable 81-run partnership. The duo initially kept the score board ticking with occasional boundaries on a dry but weary surface but upped the ante in the 15th over, hitting Rashid Khan for a six each.

However, Hyderabad did well to restrict Chennai Super Kings to 167/6.