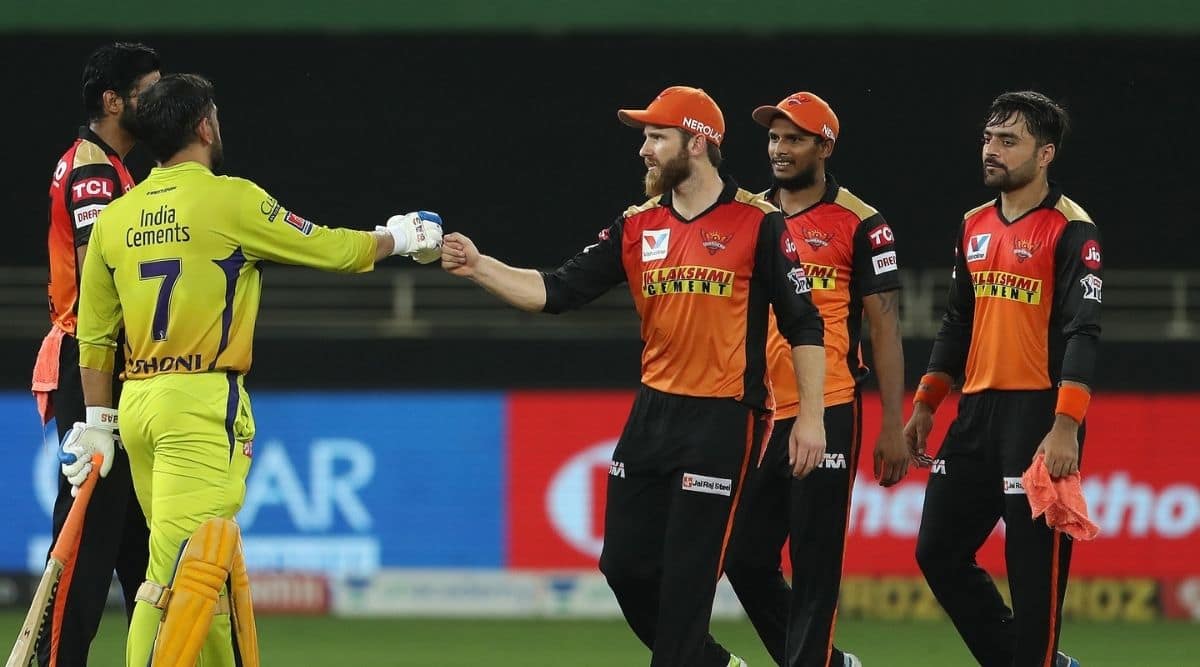 The SRH have won three matches out of seven while CSK have two wins against their name from seven games so far in the IPL 2020. While Warner and Co. will look to repeat that performance, the three-time champions and last edition’s runner-up, CSK are seeking a revival of fortunes.

Chennai are currently at the penultimate position in the eight-team standings halfway into the tournament. Considered one of the most successful chasers in the history of IPL with a chase-master in Dhoni, CSK’s batting struggle this year can be gauged from the fact that all their defeats came while going after targets.

SRH, on the other hand, are a only a tad better-placed than CSK at the fifth spot with three wins from seven games. But the five-wicket defeat to Rajasthan Royals on Sunday would be hurting the Hyderabad outfit badly as at one stage, they looked in complete control after posting a competitive 158 for 4.

Batting has not been SRH’s concern at all as the likes of Jonny Bairstow, skipper David Warner, Manish Pandey and Kane Williamson are all among runs and have the ability to shoulder the responsibility on their own.

Time is fast running out for the Mahendra Singh Dhoni-led Chennai Super Kings, a team that desperately needs its batting to click when it takes on Sunrisers Hyderabad here on Tuesday in a battle to keep its IPL hopes alive. The three-time champions and last edition’s runner-up, CSK are seeking a revival of fortunes after suffering five defeats in seven games.