In MSK Prasad's four-year term, India won a first-ever Test series in Australia but a bigger contribution was creating a robust supply line of India A players. 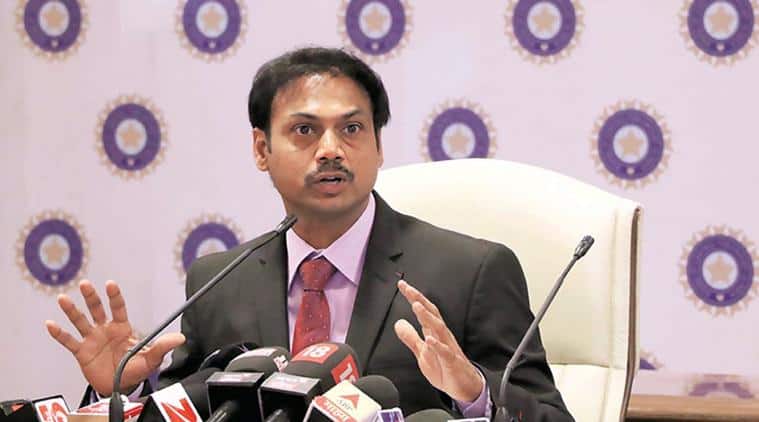 The Sunil Joshi-led new selection panel must have a say in picking the playing XI and BCCI constitution should be amended to make it happen, former chief selector MSK Prasad suggested on Saturday.

Prasad has just completed an eventful tenure during which he successfully oversaw the transition of leadership from Mahendra Singh Dhoni to Virat Kohli.

In his four-year term, India won a first-ever Test series in Australia but a bigger contribution was creating a robust supply line of India A players.

“I personally feel this flaw in the new reforms has to be amended at all costs so that there will be equal responsibility of the outcomes,” Prasad told PTI in an interview, when asked about his view on selectors having a vote in choosing playing XI which till date remains coach and captain’s prerogative.

He reminded that perspective of the team management and the selection committee would be a bit different.

“Generally, the sectors have a macro picture looking at whole of Indian cricket and the team management has this micro picture of Indian team.

READ | Wasim Jaffer retires from all forms of cricket

“But over a period of time with the relationships being built between the selectors, captain and team management there will be a synergy of thought-process due to the mutual respect that they share,” the former India stumper said.

The stature of his committee was questioned but Prasad did not care for the brickbats.

The switch from Dhoni to Kohli was seamless which gives him a lot of satisfaction.

“Handling the transition period of MSD to Virat & Developing substantial bench strength had been the biggest success of our committee.”

“Of course, the Test series losses in SA & England and World Cup losss in semifinals. I think we deserved to win all 3 of them. It was so close yet so far.”

READ | ‘Selectors’ role limited when on tour, this needs to change’

But he refuses to agree when you tell him that an unsettled number four could have sowed seeds of a disappointing semi-final.

“I keep saying this that we have not lost the World Cup because of No.4 position. When our team reached top of the table prior to that semifinal games that speaks it all. It was one bad session that cost us the World Cup.”

As he looks back, he is extremely proud how he along with colleagues Devang Gandhi, Jatin Paranjpe, Gagan Khoda and Sarandeep Singh created a supply line from domestic cricket.

“We had a very clear plans and shared the roles and accordingly I posted the selectors for the domestic games.”

My strength had been my colleagues whose hardwork & commitment had helped in building this wonderful Indian team across all formats.”

At the end of his journey, he thanked former Andhra Cricket Association head Gokaraju Gangaraju, along with all the former office bearers, coaches and captains, who worked during his tenure.

“It wouldn’t be appropriate if I don’t thank the all the captains MSD, Virat, Rohit Sharma & Ajinkya Rahane along with coaches Ravi Shastri, Anil Kumble and Rahul Dravid & their respective team managements with whom I worked in the last 4 years.

“I am confident that under Sourav Ganguly and Jay Shah, Indian cricket will reach greater heights.”

No question of allowing anything in sealed cover: Bombay HC judge

Caseload in Thiruvananthapuram dips to 533
We and our partners use cookies on this site to improve our service, perform analytics, personalize advertising, measure advertising performance, and remember website preferences.Ok