Struggling wrestler Sakshi Malik has made it to India’s World Championship squad without facing the trials as her opponent Sarita Mor has withdrawn from the 62kg clash, due to an injury. 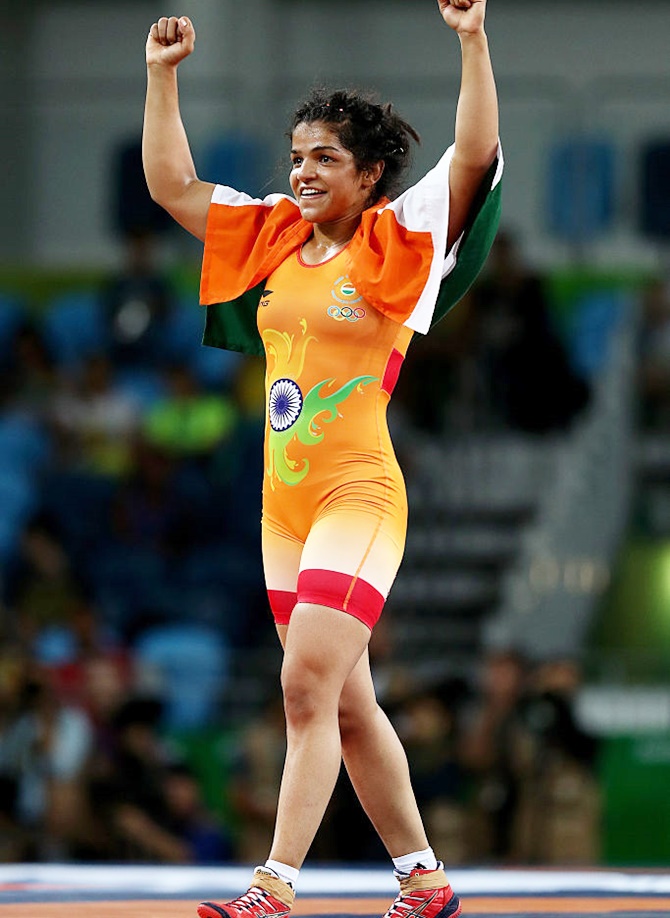 The World Championships will be held in Budapest from October 20-28.

The Rio Olympic bronze medallist has been battling poor form since the start of the 2018 season – only winning a bronze at the Gold Coast Commonwealth Games. She failed to win any medal at the recently-concluded Asian Games.

But Sakshi’s performance is encouraging ahead of the World Championship,

She was runner-up at a UWW ranking event in Belarus, where she lost the gold medal match 2-6 to Ajerbiajan’s Marianna Satsin on Sunday.

The Wrestling Federation of India (WFI) wanted both Sushil Kumar and Sakshi to undergo trials but the former pulled out due to poor form.

“The trials in four categories were left. Out of those, we chose not to disturb Bajrang (men’s 65kg) and Vinesh Phogat (women’s 50kg). Sakshi was to fight Sarita but she has reported a knee injury so we are sending Sakshi to the Worlds,” WFI Assistant Secretary Vinod Tomar told PTI.

“The fourth category is women’s 53kg. Ritu Phogat and Pinky will fight for that place.

Ritu had competed in the 50kg category at the Yasar Dogu International in Turkey but we feel she can do well in the 53kg as well. She has a good medal chance in this category, so, we decided to conduct a trial match between Ritu and Pinky,” Tomar added.

The 53kg clash will be held in Lucknow on Sunday under the supervision of National women’s coach Kuldeep Malik.

The WFI official also informed that the inaugural U-23 National Championship, to he held in Chittaurgarh, Rajasthan from September 27-30, is an effort to identify next line of wrestlers.

“In the senior nationals, many juniors also compete but they get to clash against only with the aged wrestlers. They do not get great competition. They need to fight it out with strong wrestlers to be ready for international events. In the Under-23 Nationals, we will see better bouts and next stars will be identified,” Tomar added.

Mukesh Khanna attacks Jaya Bachchan for her ‘thali’ remark: ‘You have not given us the food’

ED attaches assets of Bengaluru-based cooperative banks
We and our partners use cookies on this site to improve our service, perform analytics, personalize advertising, measure advertising performance, and remember website preferences.Ok