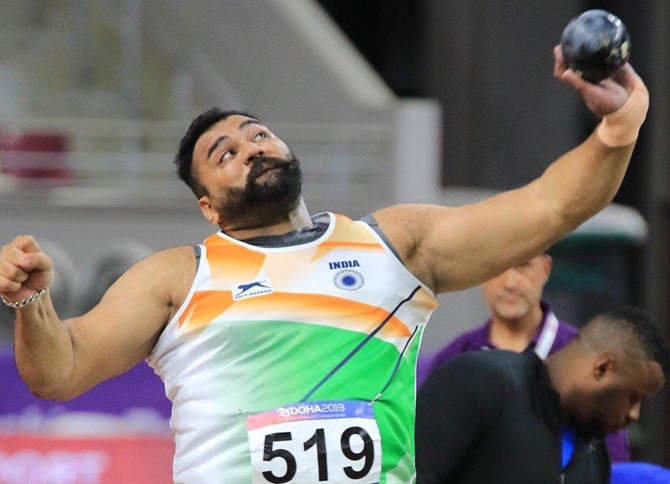 Shuttlers led India’s yet another stupendous show as the country widened the gap at the top by clinching 41 medals, including 19 gold, on Day 5 of the 13th South Asian Games, in Kathmandu, on Friday.

The shuttlers won the maximum gold medals — four — for India on Friday. They completely dominated the discipline by winning four gold and two silver in the day.

Former world junior championships silver medallist Siril Verma lived up to his top seeding as he rallied from a game down to outwit compatriot Aryaman Tandon 17-21, 23-21, 21-13 in an all-Indian men’s singles final.

In the women’s singles final, Ashmita Chaliha overcame a late surge from fellow Indian Gayatri Gopichand to finish off with a 21-18, 25-23 win.

In doubles, there was double delight for Dhruv who emerged victorious in both men’s and mixed doubles. He paired up with Krishna Prasad Garaga to win the men’s doubles title 21-19, 19-21, 21-18 against Sri Lanka’s Sachin Dias and Buwaneka.

Track and field athletes, who were leading the Indian charge in the past few days, fetched the maximum 12 medals but just two of them were gold. The two gold were won in men’s and women’s shot put events.

Another Indian Om Prakash Karhana was a distant second with a best throw of 17.31m.

In women’s shot put event, Abha Khatuwa took the gold by throwing the iron ball to a distance of 15.32m. Compatriot Kachana Chaudhary bagged the bronze with a throw of 13.66m.

The country’s fencers also made their presence felt in the South Asian Games by clinching three gold and as many silver.

Wangelmbam Thoibi Devi won the gold in women’s foil while compatriot Radhika Prasad bagged the silver in a 1-2 finish for India.

In table tennis also, the Indians won the gold and silver in both the men’s and women’s singles.

India weightlifters also continued their impressive run in the regional multi-sporting event by claiming three gold and a silver.

Achinta Sheuli opened the gold account on Friday as he finished on top of podium in men’s 73kg with a total lift of 300kg.

Elangbam Chaoba Devi finished on the top of podium in women’s elite race while John Naveen Thomas and Arvind Panwar bagged a gold and silver respectively in the men’s elite event.

Mee Raqsam, a tribute to Kaifi Azmi, is a reiteration of our pluralistic heritage, identity
We and our partners use cookies on this site to improve our service, perform analytics, personalize advertising, measure advertising performance, and remember website preferences.Ok