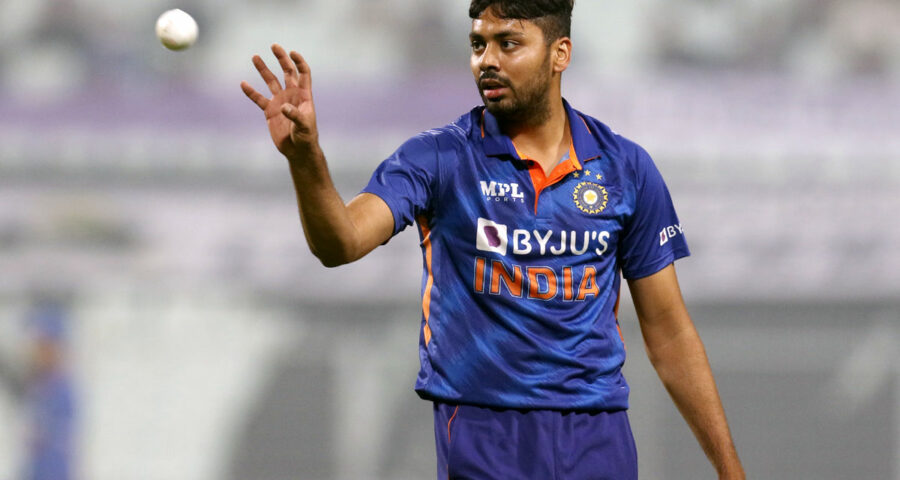 India captain Rohit Sharma said he had no regrets about picking rookie seamer Avesh Khan ahead of veteran Bhuvneshwar Kumar to bowl the final over against West Indies after their five-wicket loss in the second Twenty20 International on Monday.

West Indies’ Obed McCoy claimed 6-17 as India were skittled out for 138 with two balls remaining in their innings.

Tidy bowling brought India back into the contest, with West Indies needing 10 runs from the last over.

Bhuvneshwar, renowned for his death-overs mastery, still had two overs left but Rohit handed the ball to Avesh instead.

Avesh, who made his India debut earlier this year, began with a no-ball and Odean Smith took a single off it.

Devon Thomas hit the next delivery, a free-hit, for a six and followed it with a four as West Indies prevailed with four balls remaining to level the five-match series 1-1.

Rohit said he wanted to test India’s bowling depth with an eye on the Twenty20 World Cup in Australia.

“We know what ‘Bhuvi’ does for us, he has been doing it for years. Unless you give chances to guys like Avesh and Arshdeep (Singh) you’ll never know.

“They have the skills and the talent and it is all about backing them. I am really proud of the bowlers and the team.”

Bowling coach Paras Mhambrey hoped the series would help India identify the bowling attack they would deploy in Australia.

“It’s all part of our preparation for the World Cup,” Mhambrey told reporters.

“We are looking at different options that we have and giving opportunity to youngsters to find out who does the job for us.”