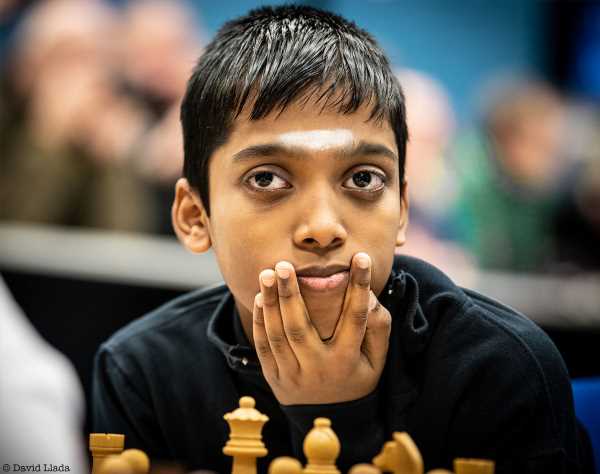 Prime Minister Narendra Modi has taken note of R Praggnanandhaa’s monumental victory over world champion Magnus Carlsen, saying the entire country is rejoicing in the success of the young genius.

“We are all rejoicing on the success of the young genius R Praggnanandhaa. Proud of his accomplishment of winning against the noted champion Magnus Carlsen. I wish the talented Praggnanandhaa the very best for his future endeavours,” tweeted PM Modi.

Earlier this week, Praggnanandhaa had stunned world champion, Magnus Carlsen, in the eighth round of the ongoing Airthings Masters.

Carlsen’s revival after a tough first day of the Meltwater Champions Chess Tour was pegged back by the youngest player in the field. Carlsen had racked up three wins in a row as he ominously cranked up the gears.

But against 16-year-old Praggnanandhaa, he blundered badly, and the Indian star held firm for the win. It was Praggnanandhaa’s first win in any form of chess against the Norwegian and came on the back of having lost three games in a row.

16-year-old R Praggnanandhaa registered two more victories against Andrey Esipenko and Alexandra Kosteniuk in rounds 10 and 12. He, however, lost to Russian GM Ian Nepomniachtchi in the 11th round.

Praggananandhaa had registered two more wins and he also drew against Nodirbek Abdusattorov on Tuesday.

Praggnanandhaa defeated Russia’s Vladislav Artemiev in the 15th and final round of the preliminary phase of the Airthings Masters, an online rapid chess tournament, but missed out on qualifying for the quarter-finals.

The 16-year-old started the final day of the preliminary rounds with a draw against German Vincent Keymer in round 13 before going down to Hans Mokko Niemann (USA) in the next.

His stirring win over World champion Magnus Carlsen in the eighth round caused a flutter but up-and-down performances pegged Praggnanandhaa back.

He finished 11th in the standings with 19 points with the top eight going through to the knockout phase.