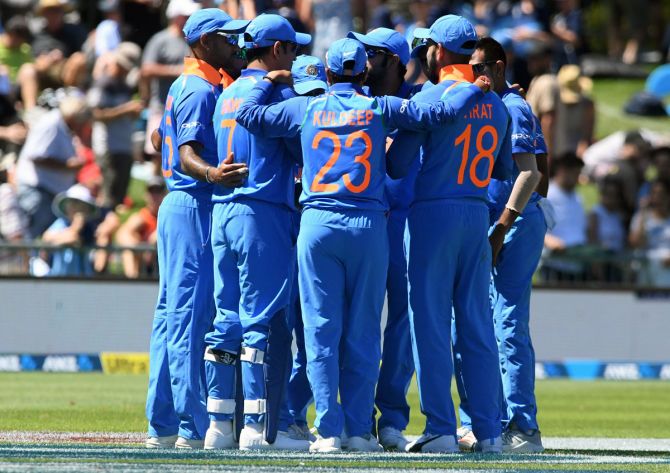 The Board of Control for Cricket in India on Tuesday announced Mobile Premier League (MPL) as the official kit sponsor of the Indian cricket team.

As part of a three-year deal, MPL Sports designed and manufactured jerseys will be worn by men’s, women’s and the Under-19 Indian teams

“Under the newly-inked strategic partnership, MPL Sports has entered into a three-year agreement from November 2020 to December 2023. MPL Sports’ association with the BCCI begins with upcoming India’s tour of Australia, 2020-21, which will see Team India sporting the new jerseys,” BCCI said in a media release on Tuesday.

“We are delighted to announce the dawn of a new era for Indian cricket with the appointment of MPL Sports as the kit sponsor for the Indian men’s and women’s national cricket team until 2023. We look forward to MPL Sports adding a new chapter to the team’s kit, and bring Official BCCI licensed merchandise within easy and convenient reach for the billion-plus fans who cheer for Team India,” said BCCI president Sourav Ganguly.

Reportedly, the three-year deal from November 2020 to December 2023 will see the BCCI earn Rs 65 lakh per game.
The previous deal with Nike, a four-year contract, ended in September.

MPL is currently associated with two IPL franchises — Kolkata Knight Riders and Royal Challengers Bangalore –, a CPL team and the cricket boards of Ireland and the UAE.