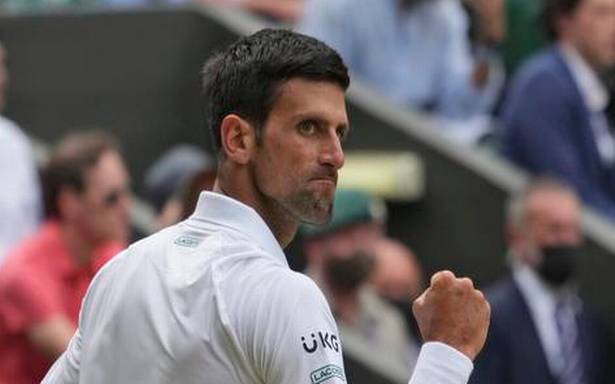 Two arrested in U.P. on suspicion of plotting terror attacks

The Uttar Pradesh police on Sunday arrested two persons on suspicion that they were planning to carry out terror attacks in parts of eastern U.P. and Lucknow ahead of Independence Day.

Italy won the European Championship for the second time by beating England 3-2 on penalties on Sunday. The match finished 1-1 after extra time.

Results of the psychoanalysis test of four students arrested from Ladakh in connection with a blast near the Israel Embassy in New Delhi in January 2021 found that two of them were telling “partial truth”, said a senior police officer on Sunday.

The “pressure fuse” used in the bombs dropped on the Indian Air Force (IAF) station in Jammu through drones in a first-of-its-kind attack indicates that some elements of the Pakistan Army or the ISI helped terror group Lashkar-e-Taiba in fabricating the IEDs, according to security sources

Hindustan Aeronautics Limited (HAL) is gearing up to deliver the first batch of three Light Combat Helicopters (LCH) to the Indian Air Force (IAF) once acceptance tests are completed. These are part of the 15 Limited Series Production (LSP) helicopters approved for the Army and the IAF.

In the wake of the formation of a separate Cooperation Ministry under Home Minister Amit Shah by Prime Minister Narendra Modi, Nationalist Congress Party (NCP) president Sharad Pawar on Sunday said the Central government could not meddle in the functioning of Maharashtra’s cooperative sector.

The Ministry of Railways has called for full preparedness to ensure testing, tracking and treating of patients amid the gradual lifting of lockdown in many States and a strong apprehension on the future course of COVID-19.

A day before the annual Rath Yatra, decorated chariots of Lord Balabhadra, Lord Jagannath and Devi Subhadra were positioned in ‘Bada Danda’ (Grand Road) in front of the 12th century Shree Jagannath Temple at Puri on Sunday.

Billionaire Richard Branson reaches space in his own ship

Swashbuckling entrepreneur Richard Branson hurtled into space aboard his own winged rocket ship on Sunday in his boldest adventure yet, beating out fellow billionaire Jeff Bezos.

The update we have been waiting for is finally here. The motion poster of Valimai starring Ajith Kumar in the lead has been released by the makers. Going by the looks, it appears Ajith Kumar is playing a police officer in the film.