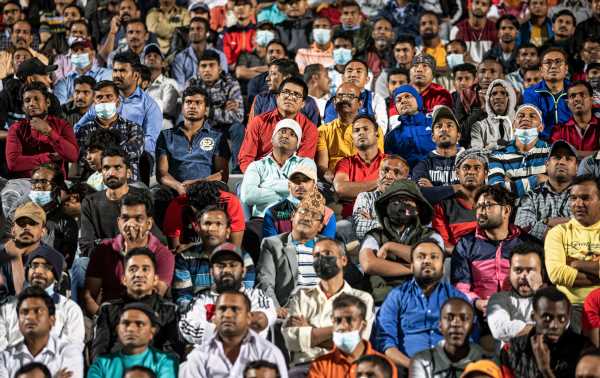 Taking selfies from the stands and sitting on the grassy pitch, thousands of migrant workers gathered in a Doha stadium to watch the opening match of the first World Cup in the Middle East.

The special fan zone set up at the industrial area on the city’s outskirts included a stadium with a giant TV screen, and another big screen set up outside for an overflow crowd. It sat adjacent to several worker camps where many of Qatar’s hundreds of thousands of low-income labourers live.

“We are here to enjoy our sweat now,” said Ronald Ssenyondo, a 25-year old Ugandan who was rooting for Qatar on Sunday. 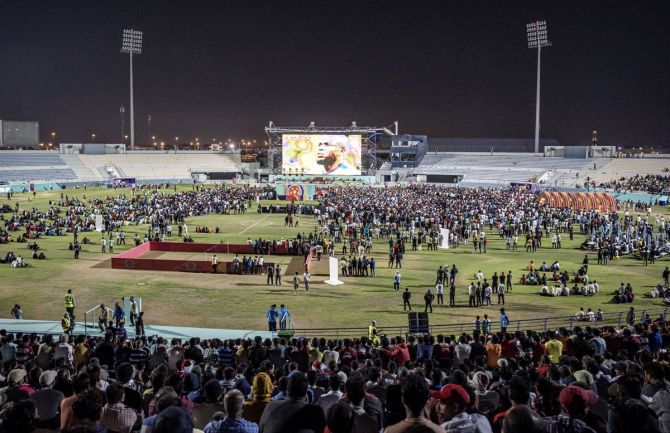 He had been in Qatar for two years, working long hours under the sun to finish stadiums where the tournament was being held.

“I am just overwhelmed with the things I’m seeing now,” he said.

The wealthy gas-producing country is home to 2.9 million people, the vast majority of whom are foreign workers ranging from low-income construction workers to high-powered executives. 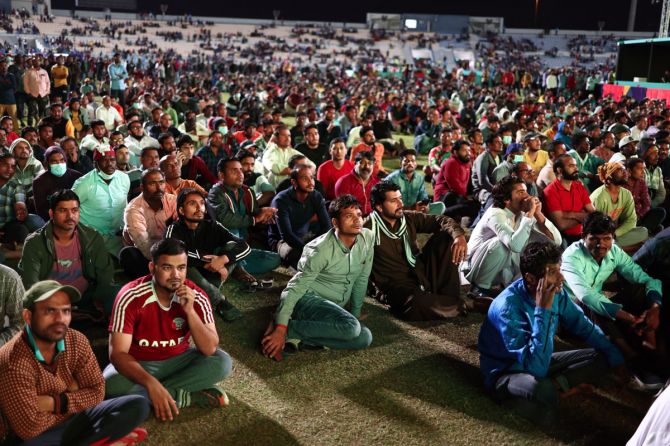 Rights groups have accused authorities of failing to protect lower-income workers – including those who built the stadiums and hotels to host World Cup fans – from overwork, unpaid wages and poor living conditions.

The government says it has enacted labour reforms, including a minimum monthly wage of 1,000 Qatari rials, or about $275, more than many can earn back home.

Match tickets for the opener cost an average of $200 – but the industrial fan zone was free. Thousands piled in to cheer on Qatar on Monday, groaning when the match ended with Ecuador’s win 2-0.

Some told Reuters it was the closest they would get to a game all month.

“I’m supporting my sisters and brothers in Ethiopia by sending money back, so I’m coming here because tickets are too much,” said Ali Jammal, 26, who has worked in Qatar for five years. 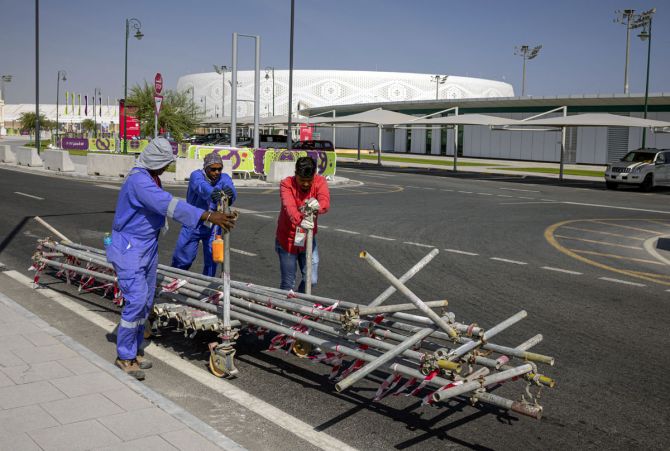 A nurse from Nepal – one of a handful of women watching – said she wouldn’t be able to watch any other matches because of her long shifts at a hospital.

Mohammad Ansar, a 28-year-old Indian who has been working in Qatar since earlier this year, said he was volunteering with FIFA at two of the upcoming matches, so would get in to watch them live.

But on Sunday, he was grateful to be with fellow workers watching on a screen – even though Qatar’s loss was a disappointment.

“With this stadium for free, they’re considering poor people also,” he said.