Sherfane Rutherford hogged headlines not for his game but for using his Mumbai Indians pair of gloves during a PSL match in Karachi. 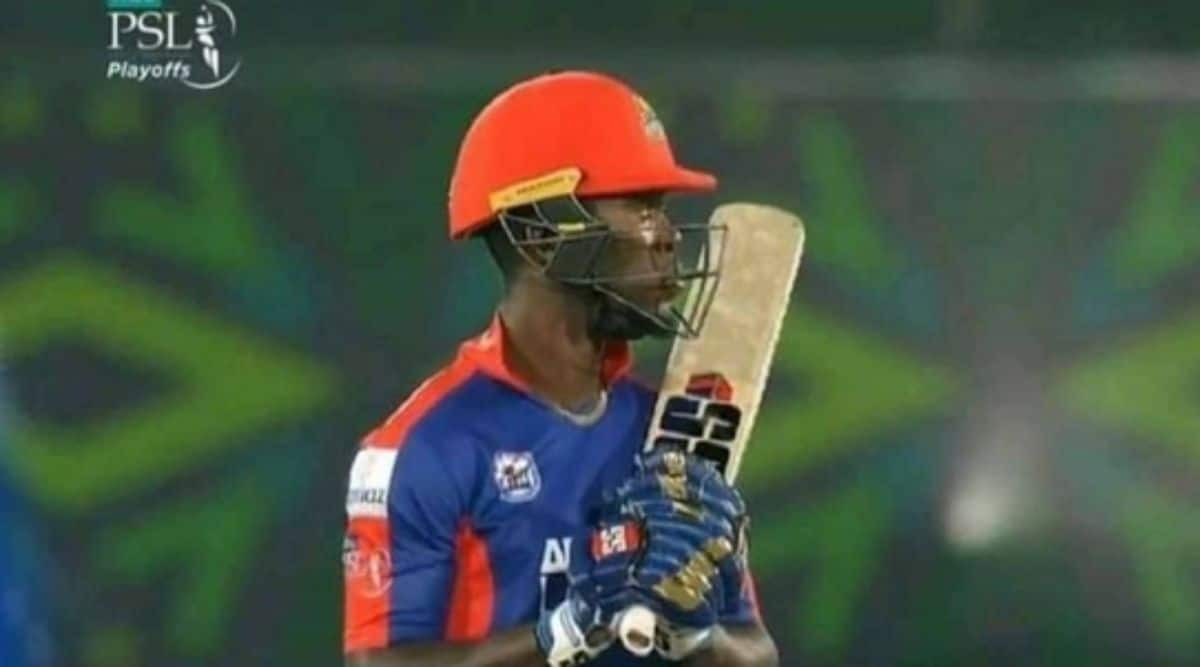 The 22-year-old cricketer did not feature in a single IPL game this season but he was a part of the winners’ squad. He flew from UAE to Karachi to be a part of PSL franchise Karachi Kings.

The left-handed batsman could not perform while batting in the Super Over of their Qualifier match against Multan Sultans on Saturday.  He made just one run off 3 balls. However, the allrounder made headlines on social media with his pair of MI gloves. After his video from the game went viral, fans were quick to notice and troll Karachi Kings and PSL after spotting him wearing the IPL 2020 winners’ gloves.

Earlier, the Guyanese cricketer was trolled also for wearing the MI jersey while landing at Karachi airport. Welcoming their player, the official Twitter handle of the Karachi franchise had shared his image wearing the MI jersey. The Twitterati roasted the franchise Karachi Kings for not being able to provide the basic cricket kit to their players.