More than two decades after the incident, Inzamam ul Haq has admitted Sourav Ganguly's catch taken by wicketkeeper Moin Khan was doubtful in the 1999 Chennai Test between India and Pakistan. 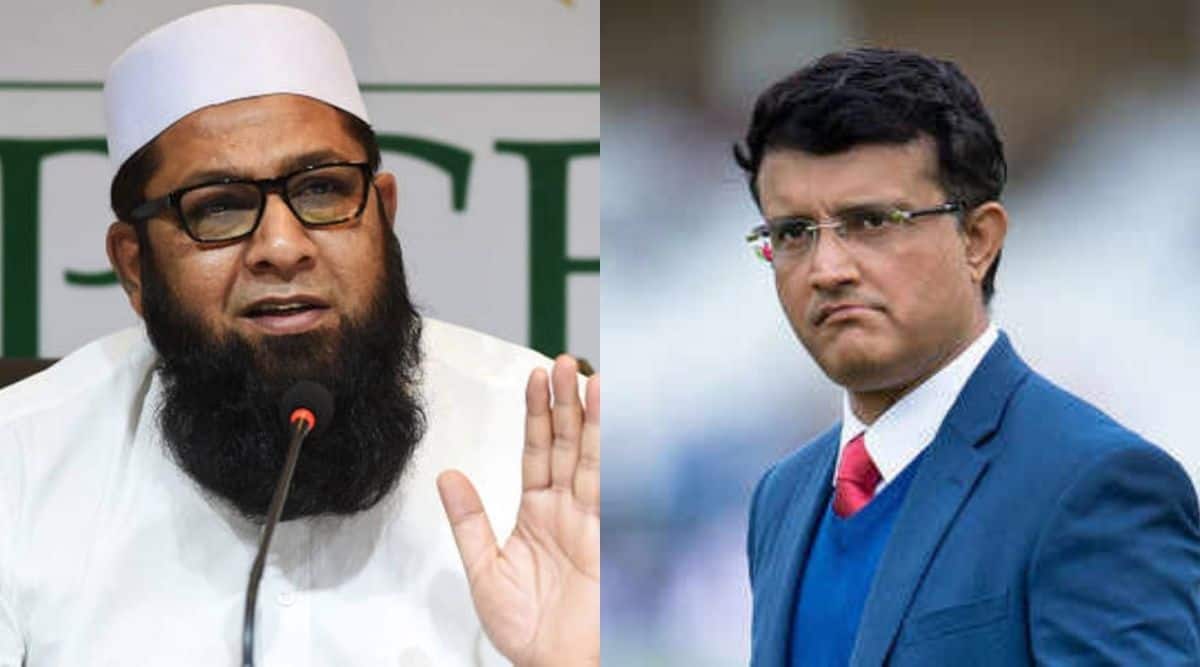 Inzamam ul Haq, the former Pakistan captain, admitted in a recent interaction that the catch taken by wicketkeeper Moin Khan in the second innings of the Chennai Test in 1999 tour to dismiss Sourav Ganguly was doubtful.

The first match of the two-match Test series between India and Pakistan was won by Wasim Akram-led Pakistan by 12 runs.

In a YouTube video interview with Ravchandran Ashwin for his show ‘DRS with Ash’, Inzamam stated that he still cherishes the memories of the series.

Recalling the incident, Ashwin asked, “I was a kid then and was watching the first live Test of my life at Chepauk. Sourav Ganguly played a shot and the ball went to silly-point where perhaps Moin Khan claimed a catch. Till date, we do not know if that was out or not out because the cameras were not that good those days.”

Responding to the question, Inzy, who was playing his first Test in India, said, “There were two people involved in the affair. One Azhar Mahmood and the other, Moin Khan. When Sourav played the shot, it hit Azhar Mahmood first on his body and then Moin Khan caught it.”

“I cannot clearly tell you about it because Azhar was not playing that Test match. I was unwell in the second innings so in my place Azhar was the substitute. I was not on the ground at that time but I can say that the catch was a doubtful one.”

On Inzy’s honest admission, Ashwin broke into laughter and said, “Inzy bhai, I have to salute you now because you admitted that it was indeed a doubtful catch.”

Sourav’s dismissal off Saqlain Mushtaq’s ball in that match is still considered one of the most controversial umpiring decisions. As per the cameras, the ball had clearly bounced after it rebounded off silly point before landing in wicketkeeper Moin Khan’s gloves.

The former Pakistan skipper also recalled the hype and thrill of that first Test.

“One thing that is unforgettable about the match is the feeling we had of playing at home ground. After winning the match, we took the full round of the ground and the crowd applauded us as if it were India who won the match.”

WATCH HIGHLIGHTS OF THE FINAL DAY OF THE TEST:

Now, pay up ₹1,000 for not wearing mask in Chandigarh
Celebrity News

What did Ahmed Patel think of Rahul?

How the Kerala-based CSB Bank made a dramatic turnaround
We and our partners use cookies on this site to improve our service, perform analytics, personalize advertising, measure advertising performance, and remember website preferences.Ok