Images from the Indian Premier League Qualifier 2 between Delhi Capitals and SunRisers Hyderabad, in Abu Dhabi on Sunday.

Shikhar Dhawan scored 78 off 49 balls to lead Delhi Capitals to a challenging 189 for 3 against SunRisers Hyderabad in the second Qualifier of the Indian Premier League, in Abu Dhabi, on Sunday.

It turned out to be a good decision to bat first, as Dhawan and Marcus Stoinis (38) got the team off to a flying start with an 86-run stand.

Skipper Shreyas Iyer (21) could not do much, but Shimron Hetmyer, who was included in the side for Sunday’s match, chipped in with an unbeaten 42. 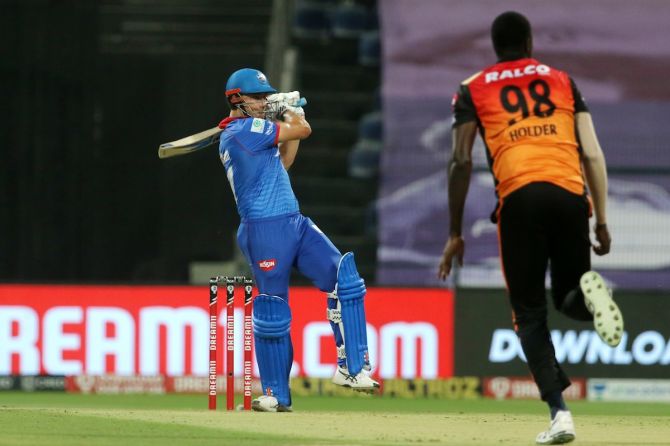 Dhawan hit six fours and two sixes during his well-paced innings. He added 52 runs for the third wicket with Hetmyer before being dismissed by seamer Sandeep Sharma (1-30).

SunRisers Hyderabad’s sloppy fielding also helped Delhi Capitals as they dropped Stoinis early in the innings and gave them a few free runs. Dhawan was also dropped towards the end, though it did not cost them much. 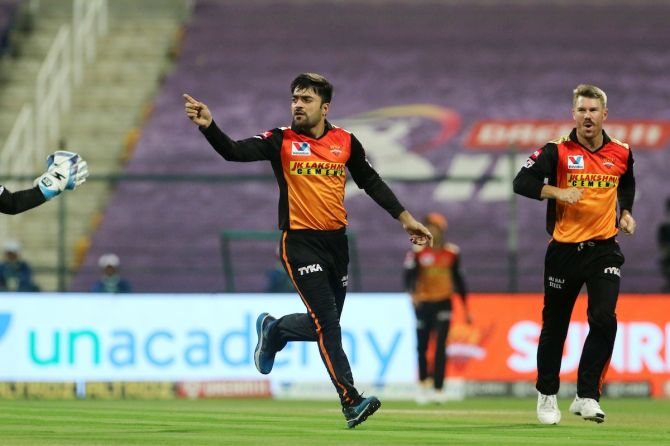 Afghanistan spinner Rashid Khan (4-0-26-1) was the most effective bowler though T Natarajan bowled well in the slog overs.

Asked to open the innings in this crucial match, Stoinis responded admirably. After being dropped by Jason Holder off Sandeep Sharma at short mid-on, the Australian punished the SunRisers bowlers with a flurry of boundaries.

Stoinis, on three at that time, was nicely set up by Sandeep but the opportunity was not taken.

It was Holder, who was then taken to task by Stoinis, who creamed off 18 runs from the West Indian’s over, hitting three fours and a six. 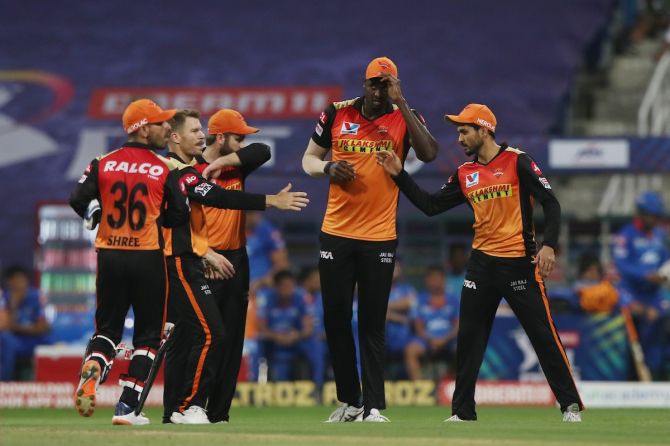 Sandeep was initially impeccable with his length balls but drifted later and was punished by Dhawan.

Spinner Shabaz Nadeem came in to bowl the last Powerplay over and ended up leaking 14 runs as Delhi Capitals reached 65 for no loss.

SunRisers skieepr David Warner shuffled his bowlers around, handing the ball to Rashid and Natarajan. The Afghan spinner got them the breakthrough with his eighth delivery by castling Stoinis.

Dhawan raised his fifty with a six off Nadeem.

Iyer struggled to time the ball and was soon dismissed by Holder.

SunRisers did well in the last two overs, denying the Capitals any boundaries.