It was during Australia final group game of the T20 World Cup against New Zealand that Perry had injured her right hamstring while trying an athletic throw in the field. 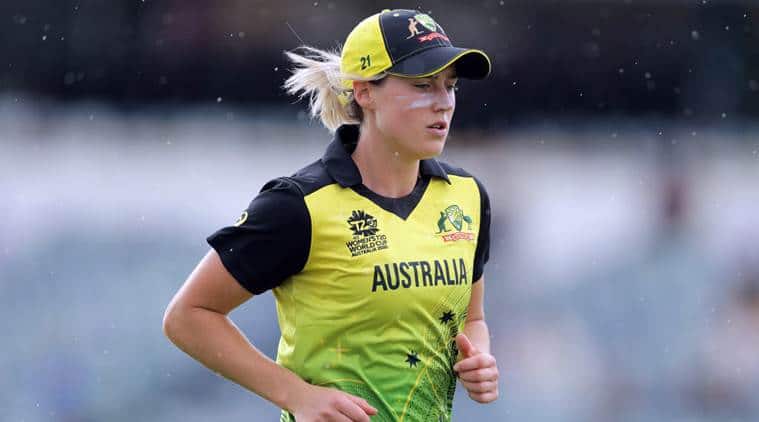 Star Australian allrounder Ellyse Perry has been ruled out of action for at least six months as she will undergo surgery on her injured hamstring next week.

It was during Australia final group game of the T20 World Cup against New Zealand that Perry had injured her right hamstring while trying an athletic throw in the field.

“The timing has been good, I still get to come tomorrow and next week I’ll (have surgery),” Perry was quoted as saying by cricket.com.au.

“From my perspective, I’ve had the most incredible run, I’ve been very fortunate with injury for a long period of time,” added the 29-year-old, whose injury was the most severe for her in more than 12-year international career.

Perry, who is the reigning ICC Cricketer of the Year, will be out of Australia’s upcoming limited-overs tour of South Africa, beginning next Sunday, and also unlikely to feature in the upcoming Indian Premier League exhibition games in May.

Although she will not be able to turn up for Sunday’s final against India, Perry is happy she will be able to cheer for the team.

“I’m really excited about tomorrow. I think it’s one of those opportunities now for the whole squad to enjoy the occasion and make the absolute most of it, it’s a very special time,” she said.

“I”ll be trying to keep my nerves at bay. I feel incredibly fortunate and chuffed that Motty and the group wanted to keep me around, it”s nice to be here and take it all in.”