From Nicholas Pooran's gravity-defying save to MS Dhoni's fantastic effort behind the stumps, it all happened in IPL 2020. 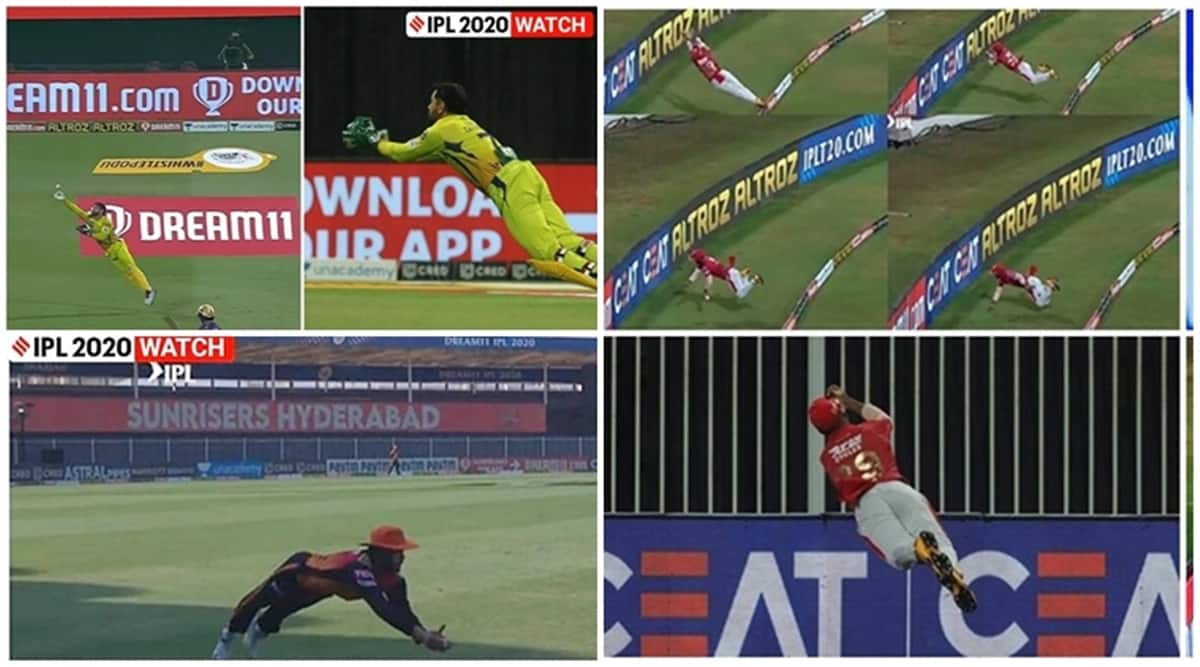 Indian Premier League 2020 is finally coming to a close after a 53-day roller coaster ride. This edition of the tournament has witnessed quite a few highs and lows and among them are numerous dropped catches and some of the best catches ever seen in the history of cricket. Here we take a look at them:

Nicholas Pooran produced a stunning save in the out-field for Kings XI Punjab versus Rajasthan Royals in the Indian Premier League (IPL) 2020 encounter in Sharjah on Sunday. Pooran’s audacious feat received high praise for his fielding, with legend Sachin Tendulkar calling it “the best save I have seen in my life”.

Pandey came up with an acrobatic effort in the outfield for the Sunrisers Hyderabad (SRH) against Mumbai Indians to give Sandeep Sharma a memorable wicket.

Pandey, who was standing at long-on, ran towards the right to catch the ball after Ishan Kishan flat-batted Sharma in the 15th over. Pandey had to cover a lot of ground and thus it was his momentum that ensured he timed his jump to perfection and swooped out on the ball and caught it in mid-air before gliding down on the grass.

Ravindra Jadeja and Faf Du Plessis combined for Chennai Super Kings vs Kolkata Knight Riders and showed the great athleticism to get rid off Sunil Narine. Fielding at the boundary, Jadeja made it look like a regulation catch and then, passed on the ball to Faf du Plessis as he was sliding into the boundary to complete the catch.

MS Dhoni’s catch in the final over against Kolkata Knight Riders at Abu Dhabi might be a regulation catch for some but the sheer commitment on display by the CSK captain makes this one a joy to watch.

Before the delivery by Dwayne Bravo, Dhoni gestured something to the bowler presumably mentioning the lack of pace on offer. Following his skipper’s advice, Bravo bowled a delivery that was on the off-stump and did not have too much pace on it. As KKR’s Shivam Mavi went for a heave on the on-side, all he could manage to get was a thick outside edge.

Dhoni dived full length to his right, juggled it on the first attempt, and then took the rebound with a sharp spring to his right. With this catch, Dhoni also became the wicket-keeper with most catches in the IPL surpassing Dinesh Karthik.

Prisons lack awareness about needs of transgender inmates: report
We and our partners use cookies on this site to improve our service, perform analytics, personalize advertising, measure advertising performance, and remember website preferences.Ok