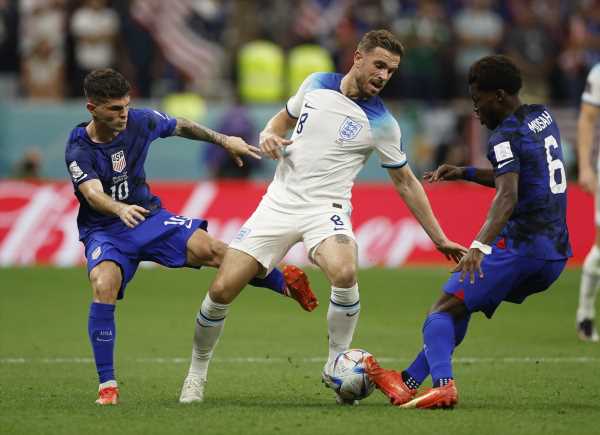 English hopes of a run deep into the World Cup took a bit of a bruising on Friday when a lively and high-pressing United States team reduced the youthful stars of their tournament opener to anonymity.

Jude Bellingham, Bukayo Saka and Mason Mount dazzled in the 6-2 win over Iran on Monday and had England fans dreaming of a effervescent midfield that would take them through this World Cup and onto the next.

They looked set to sustain that momentum when Bellingham and Saka combined well in a slick move down the right flank in the 10th minute on Friday that gave captain Harry Kane a good chance to open the scoring.

A well-drilled American team had already showed that they were not going to give the England midfield the same space they enjoyed on Monday, however.

Faced with the suffocating wall of blue shirts, England soon regressed to the lethargic, predictable passing game that marked their six-match winless streak before the tournament.

The United States, by contrast, increasingly showed what a high tempo, accurate passing and movement off the ball can achieve and were unlucky not have the lead at halftime.

They maintained the high press and ventured forward with even more confidence after the break, breezing through the England midfield and laying siege to the exposed defence. 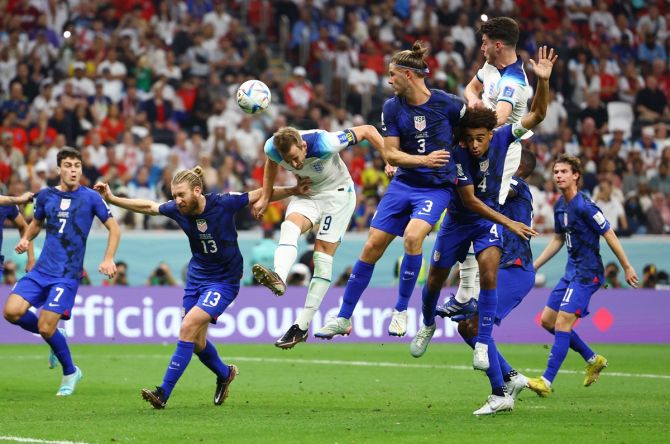 England manager Gareth Southgate was forced into action in the 68th minute, bringing on experienced holding midfielder Jordan Henderson for Bellingham to try and disrupt the American transition.

Jack Grealish also came on for the similarly anonymous Raheem Sterling, another of Monday’s goalscorers, and England immediately looked to have a better shape.

Grealish’s forays down the left wing were threatening enough to have the Americans looking to their defensive duties, allowing England a little more breathing room in the middle of the park.

As many champion teams have shown in the past, World Cups are not won in the opening round and Southgate might well be satisfied to move on to face Wales next Tuesday with the ballooning expectation triggered by Monday’s win deflated.

A clean sheet behind a solid defensive effort marshalled by Harry Maguire should also please him after two late goals were conceded against Iran.

If England are to match their run to the semi-finals four years ago, however, his young midfielders are going to have to find ways of dealing with opponents who restrict their time and space.

The Americans managed only one shot on target but England will almost certainly meet opponents who can feast on a defence left vulnerable by an absent midfield.