Some of the world's top track and field athletes showed at Monaco on Friday what their sport has missed in the biggest international meeting so far of an outdoor season all but wrecked by the pandemic. A world record broken after 16 years. An eighth fastest run all-time in another event. A European record run by a teenager. Several world-leading performances.

Some of the world’s top track and field athletes showed at Monaco on Friday what their sport has missed in the biggest international meeting so far of an outdoor season all but wrecked by the pandemic.

Joshua Cheptegei of Uganda was the standout star of the first full Diamond League meet winning the 5,000 meters in 12 minutes, 35.36 seconds to break the world record set in 2004.

“Monaco is a special place and it’s one of these places where I could break the world record,” said Cheptegei, who has trained in Uganda instead of Europe this year.

Noah Lyles shaped as the star attraction, and the American world champion at 200 ran the world’s best time this year to win in 19.76.

“I got high expectations for myself so I’d say the race got the Noah stamp of approval but I wouldn’t say it got the Noah satisfaction stamp,” said Lyles, whose brother, Josephus, was runner-up in 20.30.

The track meet known as Herculis is renowned for fast times, especially in middle distance running, and produced a world record for the third straight year.

Yet that seemed less likely in an Olympic season when all athletes’ plans and preparations were upended by the coronavirus and the Tokyo Games were postponed.

World champion Karsten Warholm asked Monaco promoters to add a men’s 400 hurdles race — and got a sponsor of his to cover the costs — and repaid them by equaling the eighth-best time in history.

The Norwegian clocked 47.10 seconds and has three of the 10 fastest runs all-time. His best is 46.92, second all-time, run last August at Zurich. 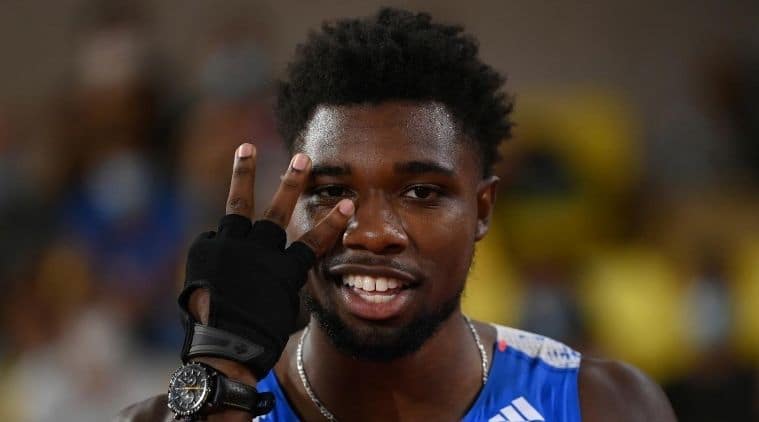 It still left Ingebrigtsen runner-up in a standout race won by Kenyan world champion Timothy Cheriuyot in 3:28.45 that was 0.04 outside his lifetime best.

Among the world-leading times in 2020, world champion Donavan Brazier clocked 1:43.15 in the men’s 800 that was 0.08 ahead of fellow American Bryce Hoppel.

Orlando Ortega of Spain timed 13.11 in the 110 hurdles, with world champion Grant Holloway of the United States fourth in 13.19.

Armand Duplantis of Sweden won the pole vault at 6.00 meters – 18 centimeters below his world record clearance in February – after his main rival, world champion Sam Kendricks of the U.S., was a late scratch because his poles had not arrived.

Up to 5,000 socially distanced fans were allowed into the 16,000-capacity stadium by the Mediterranean Sea.

“After training so long on my own, it is really good to finally see a stadium with fans. It’s amazing,” Cheruiyot said.

The cut-down Diamond League circuit is set to continue on Aug. 23 at Stockholm.