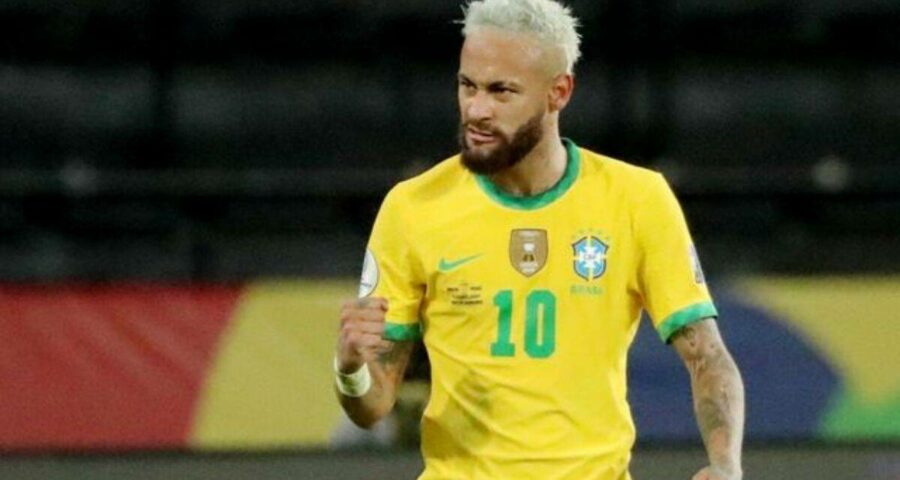 Brazil sealed its qualification by giving coach Tite his 50th win along with 12 draws and five defeats. Brazil is celebrating as the first South American team to qualify for the World Cup in Qatar � with several matches in hand and more than a year before the tournament begins in Qatar. South American soccer body CONMEBOL says Brazil as the first team of the region to qualify, with 11 wins in 12 matches. The latest came Thursday night in Sao Paulo, with Lucas Paquet scoring the only goal in the 72nd minute in a 1-0 win over Colombia.

The Selecao is 18 points ahead of fourth-place Chile, which can add only 15 points from its five remaining matches. The top four teams in South America earn direct entry to the World Cup. This is the result of great work we started way back, Paquet said after the match in Sao Paulo which provided few opportunities for both teams. I cried of happiness (after scoring) because of this moment I am living at the national team and at my club Lyon. This came from a lot of joy, joy for this work well done,” Paquet added.

His goal came after Marquinhos found Neymar in the middle of the Colombia defense. Neymar quickly passed to Paquet, who beat goalkeeper David Ospina with a low crossed shot that ended in the right corner of the Colombian goal. It was one of the few opportunities created by Brazil during the match.

Brazil sealed its qualification by giving coach Tite his 50th win along with 12 draws and five defeats. Tite took over Brazil in the middle of qualifying for the World Cup in Russia in 2018. Also on Thursday, third-place Ecuador beat last-place Venezuela 1-0 with a goal by Piero Hincapi and Chile had a key 1-0 victory at Paraguay thanks to an own goal by Antony Silva after a corner kick. Peru and Bolivia will face off later Thursday. Uruguay will host Argentina on Friday.

Brazil has 11 wins in 12 matches its match with second-place Argentina in September was bizarrely suspended after seven minutes of play because of concerns from authorities over breaches of COVID-19 protocols. FIFA has not yet decided whether it will be replayed. Ecuador (20 points) follows its two major rivals in South American qualifiers, with Chile, Colombia and Uruguay tied with 16 points. The Chileans skip ahead for now on goal difference. The fifth-place team in South American qualifiers goes into an intercontinental playoff for a spot in Qatar.

Mali through to last 10 in WC qualifying, setback for Ghana

Mali progressed to the final round of African World Cup qualifying by beating 10-man Rwanda 3-0, while Ghana experienced a major setback in its quest to make it to Qatar next year. Ghana was held to a 1-1 draw by Ethiopia on Thursday, a result that opened the door for South Africa to take a three-point lead over Ghana in Group G with just one game to go. That game will be a showdown between the two in Cape Coast, Ghana on Sunday, when a draw will take South Africa into the decisive 10-team playoffs and see Ghana miss a second straight World Cup. Only the group winners progress.

Captain Andre Ayew swung in a curling left-foot free kick in the 22nd minute in Johannesburg to put Ghana ahead against Ethiopia. The Ghanaians missed a series of good chances in the first half and paid when Ethiopia skipper Getaneh Kebede was unmarked in the center to fire home the equalizer in the 72nd minute. South Africa capitalized to beat Zimbabwe 1-0 and put itself in pole position to go through. South Africa hasn’t been to the World Cup since hosting it in 2010.

Mali joined Senegal and Morocco to reach the playoffs that will take place in March. Thursday was the first of six days of qualifiers in Africa to bring the group phase to an end and decide the last 10. Mali’s job was made much easier when Rwanda’s Djihad Bizimana lost control of the ball near his penalty area and then dragged down Mali forward Ibrahima Kone to earn a straight red card in the eighth minute.

Mali was dominant from then on and Moussa Djenepo hit a shot in off the post for the lead. Kone profited from a dreadful mistake from Rwanda goalkeeper Emery Mvuyekure, who gifted him the ball in front of goal, to make it 2-0 in the first half. Kalifa Coulibaly thundered a powerful volley home from way out for 3-0 and the Mali players danced around the corner flag to celebrate their progression to the final playoffs. Uganda earlier drew 1-1 with Kenya in the same group and the Mali victory ensured Uganda was eliminated.

Kenya was playing just hours after its government announced it was disbanding the national soccer federation and firing its leaders amid allegations of mismanagement of money. Federation president Nick Mwendwa refused to recognize the government’s order, setting the two parties on a collision course. Senegal, which is already through to the final round, salvaged a 1-1 draw in Togo to maintain its unbeaten start to qualifying when Habib Diallo scored an equalizer deep in injury time.

A surprise is brewing in Group J where Benin, which has never been to the World Cup or even come close, is top of the standings by two points from Congo. Congo hosts Benin on Sunday, when that group will be decided.
Mohamed Salah’s Egypt plays on Friday and a win in Angola, which has been eliminated, would confirm its place in the playoffs.

Japan closes in on qualifying group leaders in Asia

Japan closed in on both Saudi Arabia and Australia in Asian World Cup qualifying, beating Vietnam 1-0 while the two leading teams in Group B played out a 0-0 draw. The Saudis lead the group with 13 points, followed by Australia with 10 and Japan with nine. Only the top two finishers in each of the two six-team groups will automatically qualify for next year’s World Cup in Qatar.

Junya Ito scored an early goal from close range for Japan, a team that has appeared at every World Cup since 1998 but is in real danger of missing out this time. Australia, which was playing at home for the first time in more than two years, had won 11 straight qualifying matches but now has only one point from its last two matches. Overall we played well, we created chances but they didn’t go in, Australia coach Graham Arnold said.

Then a little bit of frustration set in with the time wasting and tactics from the Saudis. We have to learn to be better with that because that’s when they came up with their chances.The result was better for Saudi Arabia, which earned its first point on Australian soil. The Saudis will travel to play Vietnam on Tuesday, while Australia will face China in the United Arab Emirates and Japan visits Oman.

Oman is fourth with seven points after a 1-1 draw with China. Wu Lei put China ahead after 21 minutes but Amjad Al-Harthi headed in the equalizer with 15 minutes remaining to keep China in fifth place with four points. In Group A, South Korea stayed on course for a 10th straight World Cup appearance by beating the UAE 1-0.

Hwang Hee-chan, who plays in England for Wolverhampton Wanderers, converted from the penalty spot late in the first half. It was a very good all-round performance, South Korea coach Paulo Bento said.

We should have taken more of our chances but we fully deserved the three points and we can now look forward to the next game. South Korea stayed in second place in the group behind Iran, which scored twice in injury time to beat Lebanon 2-1. Sardar Azmoun equalized for Iran in injury time and Ahmad Nourollahi scored another with the last kick of the match.

In the group’s remaining fixture, Iraq and Syria drew 1-1 to stay fourth and sixth, respectively. Iran has 13 points in Group A and South Korea has 11.