Siraj came across as a thinking bowler. He bowled to a field, stuck to the team-plan and adapted to the situation. 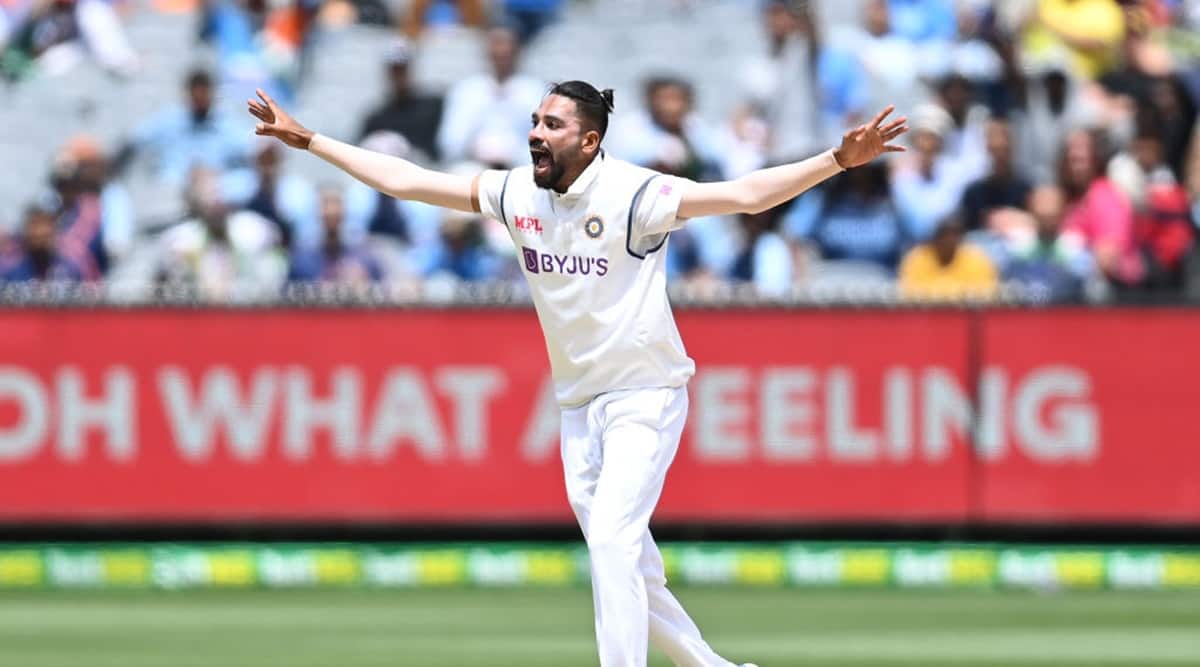 “Sarakku iruku paiyan-kitte” (‘the kid has great talent, he has the goods),” Bharat Arun, Team India’s bowling coach, would often say about Mohammed Siraj. “You suggest something and he has the skill and temperament to produce it perfectly,” words to that effect. Arun has been talking up Siraj over the last 14 months or so. Another rave that he would often use was “Test-match bowler, red-ball bowler releasing soon!”

If Arun’s appreciation was genuine, so was the gratitude in Siraj’s response. “Arun sir is a farishta, (guardian angel), he came in my life and changed everything. The confidence he gave me was limitless, the way he backs me. He would say, ‘Tu tension nako-rey (don’t take tension), you will play for India’,” Siraj shared in a video-diary put out by his IPL franchise Royal Challengers Bangalore couple of months back.

The short background story of the two is that when Arun was RCB’s assistant coach, he was impressed with Siraj, who had come to bowl at the nets in Hyderabad. When Arun took over as Hyderabad’s Ranji Trophy coach in the next domestic season, his strike bowler was Siraj, who finished as the third-highest wicket-taker in the country. The happiest and proudest person at the MCG at Siraj’s crafty debut would have undoubtedly been Arun.

Debuts of bowlers are usually observed for what they do. The tangibles: the outswingers, nip-backers, leg- cutters, reverse swing and such. Also the intangibles: whether they belong at this level. Siraj has ticked that box as well. He came across as a thinking bowler. He bowled to a field, stuck to the team-plan and adapted to the situation.

“Maut daal diyen, miyan,” R Sridhar, India’s fielding coach, would tell Siraj, in an end-of-day video put out by BCCI on his debut day. (‘You killed it!’, in Hyderabadi slang). AB de Villiers prefixed the moniker ‘Magic’ to miyan in the most-recent IPL where Siraj became ‘MiyanMagic.

“AB sir gave me that, it’s also very good (name)!” says Siraj in that RCB video, where he talks about his family’s financial struggles, his love for his father, his hero-worship of Virat Kohli and the life-lesson from Dhoni to ‘ignore opinions’.

Conditions in MCG didn’t allow Siraj to produce a dream ball like the one he unsheathed to knock out Prithvi Shaw’s off-stump this IPL, but MiyanMagic certainly killed it in the spell he bowled to Cameron Green, doing his best to scrub out the halo from Australia’s new wonder boy. The plan laid out for him was clear: Go for the lbw.

The immediate sequence of the wicket-taking over has been understandably talked about – three reverse-swinging balls that tailed away outside off before the in-swinging pad-crasher took Green out – but the effort had started way back. The wicket came in the 62nd over, the process started in the 48th, spread over either side of the tea break. Patience, focus, skill, and the ability to outlast and outwit.

For two full overs at Green before tea, Siraj repeatedly kept bending the ball back in, earning one good lbw shout. Post tea, with a short midwicket and short square-leg, he kept curving them back in. Only at Green, mind you. Whenever Tim Paine came on strike, he moved them away with the shiny side. Already, the control over reverse swing was noteworthy.

Green did well to get his hands ahead of his pad and work the balls to the onside. Again, and again. This is when Siraj decided to mix it up. In the next over, 60th of the innings, he had three balls at Green – all shaping away. The first three balls of the next over, the 62nd, reversed away again. So six in a row, now. It was then the full ball, reversing-in, re-appeared at the crime scene to ram into the pad. No wonder Siraj was so thrilled, for the effort had lasted nearly eight overs that included a break for some tea and chips before he could have Green for dessert.

In the interim, he had taken out Marnus Labuschagne with a full ball tailing in, that was flicked to leg-gully. He tried the trick again on Day Three. Five of his first six balls were on the stumps, trying for the lbw, with the aerial flick as a bonus takeaway. The seventh cut in sharply from outside off and led to a very good lbw shout. The next ball was another hat-tip to Siraj’s presence of mind and accuracy. A sharp well-directed bouncer arrived and Labuschagne almost holed up just beyond square-leg with a weak pull. Maut daal diye, miyan!