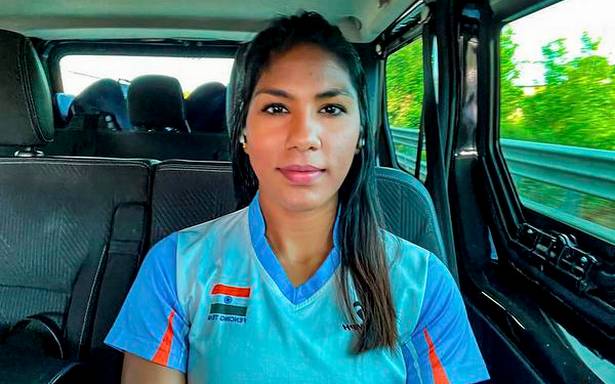 She is currently ranked 50th in the world and is the top-ranked fencer from India.

Fencer Bhavani Devi, who made history at the Tokyo Olympics by becoming the first Indian to compete in the sport at the Games, has won the Charlellville National Competition in France in the individual women’s sabre event.

The 28-year-old fencer tweeted about the same.

“Won the Charlellville National Competition, France in the Women’s Sabre individual. Many thanks to coach Christian Bauer, Arnaud Schneider, and all teammates. Congratulations to all for a great start of the season,” she tweeted after winning the competition.

At the Tokyo Olympics, she won her round of 64 match 15-3 against Tunisia’s Nadia Ben Azizi before going down to eventual bronze-medallist, Manon Brunet of France in the round of 32.

She is currently ranked 50th in the world and is the top-ranked fencer from India.

She is eyeing a good show at the 2022 Asian Games and has started preparing for the multi-discipline sporting extravaganza.