Grappling style, social media posts and just his name has made him one of the most popular competitors around the world, more than those with richer medal hauls 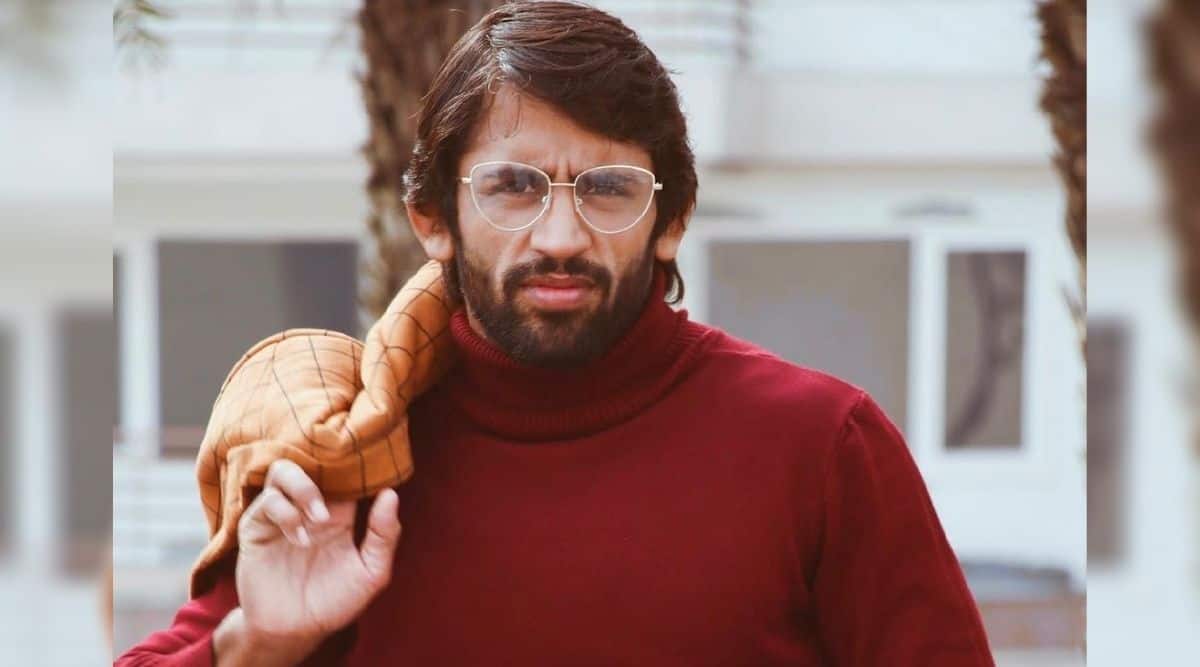 “Bhaisahab, I have no idea why people are attracted to me. There are so many times that instead of supporting their own country, they root for Bajrang.”

Germany, Kazakhstan, Russia, USA. Indian wrestler Bajrang Punia has made crowds fall in love with him around the world. The reason, though, is beyond him.

“It’s perhaps the craze for wrestling in these countries. You don’t get this much love in India, because not a lot of people truly follow wrestling,” Bajrang tells The Indian Express from his training base in Ann Arbor, Michigan. “In all these countries, at any tournament or event, the stadiums are full of people with love for wrestling.”

But why is so much of it directed towards Bajrang? The 26-year-old phenom is a three-time medallist at Worlds but yet to strike gold. He hasn’t made his Olympic bow. There have been Indian wrestlers, nay, combat sport champions from India with bigger achievements. But nobody makes fans as easily as Bajrang.

Before his stint in the German league last February, the country’s wrestling forums went into overdrive. Commenters wondered whether he would live up to the hype after a tough Pro Wrestling League season back home. Others reposted speculation of the debutant being under the weather. Cut to the Indian cutting down opponents to size, to the chorus ‘Bajrang, Bajrang’.

Bajrang remembers waking up to back pages bathed with his photos. “Inder Tiger, Inder Joker. One who changed the game. Photos in every newspaper and channels,” recalls Bajrang. “My club (VfK 07 Schifferstadt) hadn’t won the league title in 14 years.”

Two months later, he was at the Ali Aliev Invitational in Dagestan; the wrestling capital of Russia. In the final, he defeated a local guy as the crowd favourite.

“You watch those wrestling videos from Dagestan, they are exactly like the Germany one. The crowd is behind me even though I am beating the local guy,” Bajrang says. “Russia is lovely and whenever I step on the mat, they start the chants.”

Russia’s love for Bajrang rubbed off on their neighbours. Kazakhstan hosted the World Championships last year, and eventual bronze medallist Bajrang landed a day before his bout. India had a camp there, and several local kids kept asking them “where is Bajrang? When will he come?” “When I reached, I made sure I met every single one of them. I got a lot of love in Kazakhstan.”

Quizzed for reasons for so much fan following, Bajrang responds with a sheepish mix of humility and curiosity. “I don’t know why. You would have to ask them that.”

Blaine Henry, a 30-year-old from Louisiana, runs a combat sports website called the ‘The Fight Library’. He is also the leader of a group of Bajrang fanatics, efficiently named ‘Bajrang Boys’.

“It started with a fantasy wrestling group. A few in the group, myself included, really enjoy Bajrang,” says Henry. “Not only wrestling but what he does on social media, the photos and his words.”

Last month, Henry scampered to secure the Bajrang Boys Twitter handle after the group was adjudged the best social media innovators by wrestling enthusiasts. The fan club, however, truly became formal when their idol agreed to an interview.

“I sent him an email and he got back to us a couple days later. I learnt a lot about his life, where he comes from,” says Henry. “We have been told that Bajrang is completely aware of us. Having him know and follow everything is like a joke that seems to have gone too far.”

The question though remains: Why Bajrang? It’s in the name, to begin with. “Mainly because the name sounds cool,” Henry laughs.

Baj-Rang. The two syllables, drawn out in thick accents around the world, make the name extremely chantable. The process is further facilitated by the repeated first name phenomenon several Indian athletes are used to.

“My name in the passport is Bajrang, without a surname. So at wrestling competitions, often it becomes Bajrang Bajrang. Ye aise hi trend chala dete hain fir,” he laughs.

On the mat is where the virtuoso captivates the audience with his breakneck style. Sean Bormet, coach at the Cliff Keen Wrestling Club where Bajrang is currently training, believes Americans love him because of a familiar wrestling style.

“It’s similar in how hard we wrestle, creating a lot of pressure on our opponents and using our hands,” says Bormet. “I think American fans appreciate wrestlers who compete the way Bajrang competes. I do think American wrestling fans have taken notice of him more so because of his wrestling style. And what a great competitor he is.”
Bajrang agrees with the assessment.

“My style is very close to the style of American wrestlers. The way we use our power and stamina. Maybe, that’s why they like it a lot more. Plus, I’ve faced a lot of Americans, at Worlds and other events. So, they know about me.”

The three hosts of FloWrestling Radio show recently discussed the Bajrang phenomenon at length. And while they agreed that the Indian’s social media swagger and selfies from the gym or clad in fine attire play a role, how he wrestles, and how often, is the real key.

“It’s because he wrestles like an American and we’re not used to seeing that from foreigners,” opined Kyle Bratke. “The Russians, they don’t wrestle like us. But this guy, he goes out and he wrestles hard in your face for six minutes.

And he’s just competing all the time. And we don’t see that out of the Russians or anyone else that is one of the top guys in the world. He is at Matteo Pellicone, he’s in New York and Beat the Streets. He’s not afraid of anybody. I think people like that attitude. They like what they see when he’s on the mat, too.”

“It’s almost impossible to be a fan of someone when they show up twice a year and you don’t know when and where. If I can’t watch a guy 3-4-5 times a year, it’s really hard for me to become a fan.”

And Christian Pyles summed up the discourse: “Another thing with Bajrang is in many of his matches, he’ll be down and he storms back. Every match is like a mini Rocky type of thing where this guy’s the underdog, but keeps going.”
Bajrang accepts the compliments but isn’t compelled to wonder why.

“Wherever wrestling is popular, I feel happy,” says Bajrang. “All the credit goes to wrestling. And Bajrang Bali.”