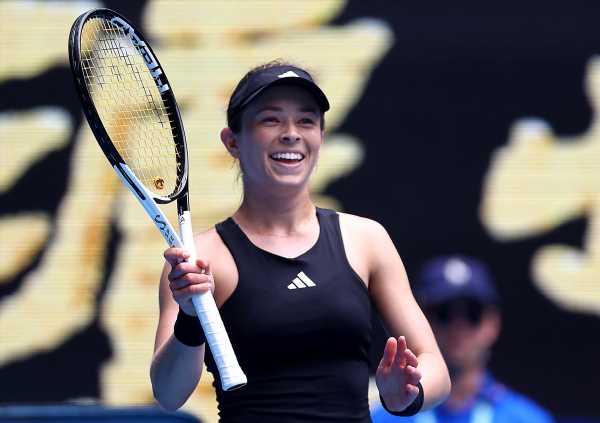 Images from Thursday, Day 4 of the 2023 Australian Open, at Melbourne Park.

Qualifier Katie Volynets stunned ninth seed Veronika Kudermetova 6-4, 2-6, 6-2 on Thursday to storm into the Australian Open third round and continue the good start for American players at the year’s opening Grand Slam.

In only her sixth main draw appearance at a Grand Slam, the world number 113 is the first US qualifier to reach the third round in women’s singles at Melbourne Park since three-times major winner Lindsay Davenport in 1993.

The 21-year-old she had the “chills” after grinding out the biggest victory of her career in her first match against a top-10 player.

“Suddenly, you get match-point and it’s like ‘wow I’ve got match-point against the ninth seed’,” Volynets said in her on-court interview.

“You just start going for it and let whatever happens happen.

“I’ve never played in a stadium this packed and that many people keeping the energy up for me. So that’s awesome.”

Volynets will next meet either China’s Zhang Shuai or Croatian Petra Martic for a place in the fourth round.