Ashleigh Barty is first Australian woman in a decade to reach quarter-finals at home Grand Slam. 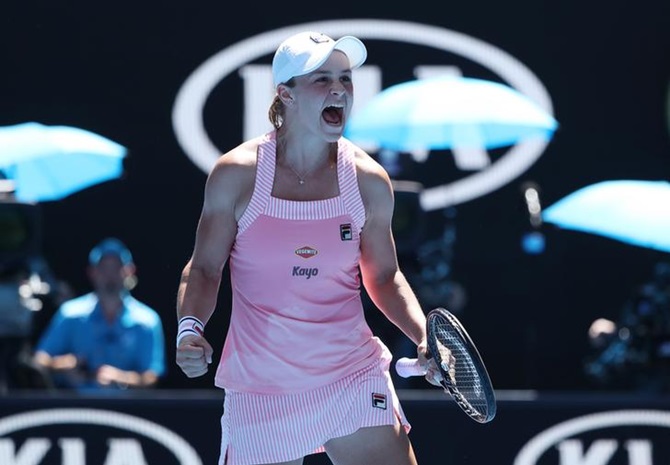 Ashleigh Barty rallied from a set down to beat former world number one Maria Sharapova 4-6, 6-1, 6-4 at Melbourne Park on Sunday, to become the first Australian woman in a decade to reach the quarter-finals at her home Grand Slam.

Sharapova, a five-times Grand Slam champion, looked in control after converting her third break-point in the ninth game of the first set and following it up with a service hold to love to take the opening stanza.

But Barty, roared on by raucous support at Rod Laver Arena, fought back to break twice in the second set and level the match as unforced errors crept into the Russian’s game.

Barty broke Sharapova twice for a 4-0 lead in the decider and while the 2008 champion fought back to win three straight games it was not enough to stop the 22-year-old becoming the first Australian woman to reach the quarters since Jelena Dokic in 2009. 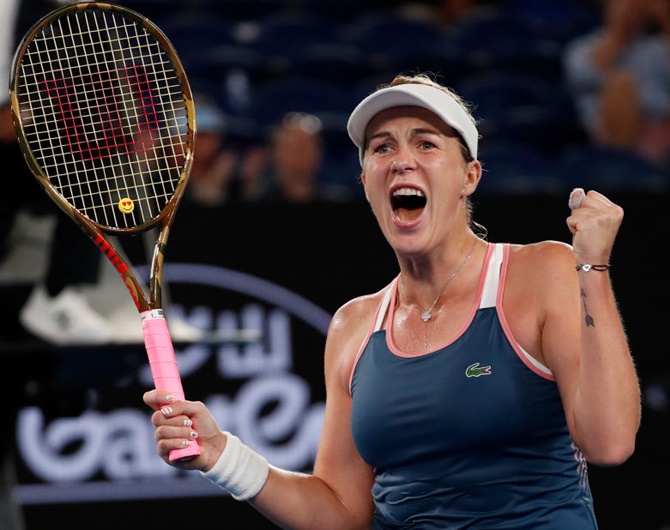 The unseeded Russian reached her second quarter-final at Melbourne Park after her 2017 run and will now meet another American in Danielle Collins for a place in the last four.

Stephens, the 2017 US Open winner, started strongly by gaining a 4-1 advantage but her Russian opponent got the break back before the 25-year-old American won the set via a tiebreaker.

The second set started in similar fashion with Stephens breaking early to run up a 2-0 lead before another fightback from the 27-year-old Pavlyuchenkova.

The Russian got back on serve in the fourth game before breaking Stephens to go up 5-3 and then converted her third set point to level the match.

In the first game of the third set, Stephens saved eight breakpoints to hold in a marathon game that lasted for 26 points and close to 20 minutes.

Stephens then lost steam as the world number 44 converted her second match point to seal the day’s final match in two hours and 32 minutes, finishing at almost 2 a.m. local time.

Pavlyuchenkova said she hated an icebath but her physio would still make her have one despite the late finish.

“I was even thinking during the match that some of you guys stayed… I heard somebody was yawning though sometimes during the match,” the Russian said in her on-court interview. “I’m sorry, I thought it was quite an exciting match.

“Sloane is a great player, is a fighter… and I had to be aggressive, yeah.” 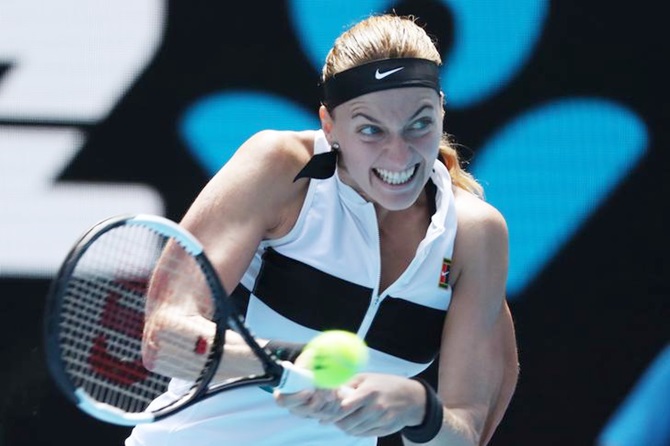 Twice Wimbledon champion Petra Kvitova steamrolled American teenager Amanda Anisimova 6-2, 6-1 to sail into the quarter-finals of the Australian Open after a year in the Grand Slam wilderness.

The eighth-seed dominated Anisimova’s serve in the early match at Rod Laver Arena and smacked 18 winners to end the 17-year-old’s fairytale run at Melbourne Park after less than an hour.

Lefthander Kvitova booked her first quarter-final appearance in Melbourne since her run to the 2012 semi-finals and first at a Grand Slam since the 2017 US Open.

The Czech will meet Ashleigh Barty, who beat Maria Sharapova, for a place in the semi-finals. 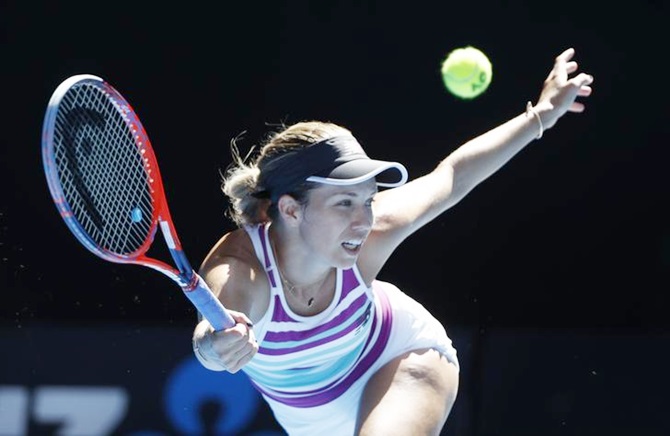 Unseeded American Danielle Collins took less than an hour to thrash 2016 champion Angelique Kerber 6-0, 6-2 and power her way into the quarter-finals of the Australian Open.

The 25-year-old Collins, ranked 35th in the world, breezed through the opening set in 20 minutes with three service breaks, hitting winners on all sides of the court against the second seed, who had five double faults in the set.

After an early trade of breaks in the second set, Collins smashed a backhand to break Kerber’s serve and take a 4-2 lead, before breaking the German once again to seal victory on her first match point in 56 minutes.

Collins, making her first appearance in the main draw at Melbourne Park, will next play either fifth seed Sloane Stephens or Russian Anastasia Pavlyuchenkova, who meet in the last match of the evening.