In rampaging form when 2020 started, Olympic postponement posed a speed bump to shooters Apurvi Chandela and Saurabh Chaudhary aiming for Tokyo glory. But nothing insurmountable for the monkish duo, believe coaches 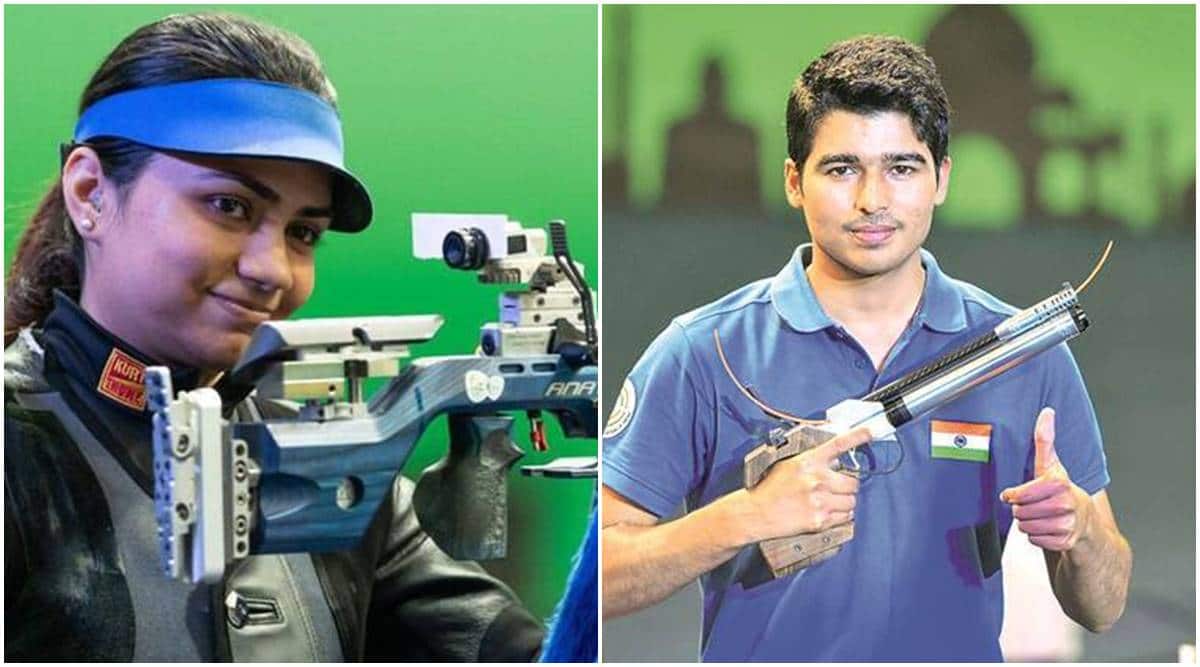 On March 24, moments after the news broke that the Tokyo Olympics had been postponed, Saurabh Chaudhary disappeared into the makeshift shooting range inside his home and did not step out for hours.

Chaudhary barely speaks (“he utters 24 words in 24 hours,” his coach Amit Sheoran jokes) and never displays any kind of emotions. But in that minute, something inside him snapped. “Bada jhatka laga (It was a big blow),” Sheoran says.

In a normal, non-Covid world, the 18-year-old would have had his sight set on the Olympic podium exactly four months after the Games were rescheduled. July 24, 2020, had all the makings of potentially being a landmark day in India’s Olympic history.

After an embarrassing two-medal haul at the Rio Games, an unprecedented seven Indians would have been in medal contention in four events on the opening day in Tokyo. All usual indicators to determine success – form guide, fitness and preparation – pointed favourably towards the Indian archers, shooters and the sole weightlifter in contention, Mirabai Chanu.

The focus, though, was firmly on Chaudhary and rifle shooter Apurvi Chandela. Both of them had been in scarcely-believable form through 2018 and 2019, and were primed to achieve bigger things in 2020.

Chandela won seven World Cup medals, including two individual and one mixed team gold, in 2018 and 2019. She set a 10m air rifle world record, climbed to the top of the world rankings in her pet event and was shooting scores in qualifying that would comfortably take her into an Olympic final.

Chaudhary, on the other hand, has hardly put a foot wrong since he arrived on the world shooting scene in 2018, when he became the youngest Indian shooter to win an Asian Games gold medal in 10m air pistol. Like Chandela, he, too, dominated the 2019 season by winning two World Cup golds, set a world record and topped the ranking chart.

Both, Chandela and Chaudhary, have also impressed in the mixed team events, which will debut in Tokyo, with partners Deepak Kumar and Manu Bhaker respectively.

“From that perspective,” national pistol coach Samaresh Jung says, “we can say this year was an opportunity lost because of the kind of form they were in. But you can also say they got more time to prepare and get even better. Earlier, time was just flying. Now they have got a break and some rest.”

Jung also underlines the anomalies of shooting. “Sometimes, everything that happens at the range defies logic. You may dominate an entire Olympic cycle and nail every training session but still, that would not translate to a medal,” he says.

Pfeilschifter, 49, medalled at every World Championship between 1994 and 2010, including three gold medals (one in 1994, two in 1998). She held several world records, won six World Cup gold medals and ruled the European Championships.

“But she has been to five Olympics and could not win one medal,” Jung says. “Debevec won a medal at the Olympics at his fourth attempt. But then, there have been people like Vijay as well. He was nowhere on the world scene, goes to his first Olympics (in 2012) and gets a silver medal.”

Chandela understands this peculiarity too well, having finished 34th overall at the Rio Games. The ‘failure’, she has admitted, helped her mature and pushed by world-class shooters at home like current world number 1 Elavenil Valarivan and fellow Tokyo medal hopeful Anjum Moudgil, Chandela is now the leader of a world-beating Indian rifle team.

Chandela’s coach Rakesh Manpat says they have used this period to fine-tune her technique. During the lockdown, Manpat monitored Chandela’s practice from Bengaluru by placing a simulator on the barrel of her rifle, which transmitted all the data from the training sessions.

Chaudhary, who dominated 2019 along with teammate Abhishek Verma, is a better shooter now compared to the start of 2020, his coach attests. “He was living like a prisoner inside his shooting range at home for the majority of this year. Even his family members maintained a distance from him to make sure he did not get sick. So the only thing he has done is practise,” Sheoran says. “His average scores have improved by a couple of points. He now shoots 588 routinely, the kind of score that automatically makes him a medal contender.”

The question, though, is if the status quo will remain the same when the shooters return to competitive mode at the selection trials, which begin in New Delhi on January 5. “Nobody could predict that the Olympics would get postponed. Nobody can predict what will happen in the next six months,” says Manpat.

Chaudhary’s coach Sheoran, though, is not shy of making a prediction. “Saurabh’s mindset is like a yogi, he is quick to overcome disappointment and doesn’t focus on material goals. And because of this, I am confident he will bounce back in 2021 and remain a medal hope like he was this year.”