From vintage posters to action figures, Star Wars collectibles are up for grabs in an online auction at Sotheby’s. The auction is open for bidding between November 29 and December 13. ‘Star Wars Online’ features more than 100 items dating back decades, with prices ranging from 100 to 60,000 pounds, according to auction house Sotheby’s. Among the memorabilia is a prototype Imperial Stormtrooper helmet from 1976, which as an estimated price tag of 30,000 – 60,000 pounds. Also on display is a toy shop display of ‘The Empire Strikes Back’ figures and Millennium Falcon ship priced at 7,000 – 10,000 pounds. 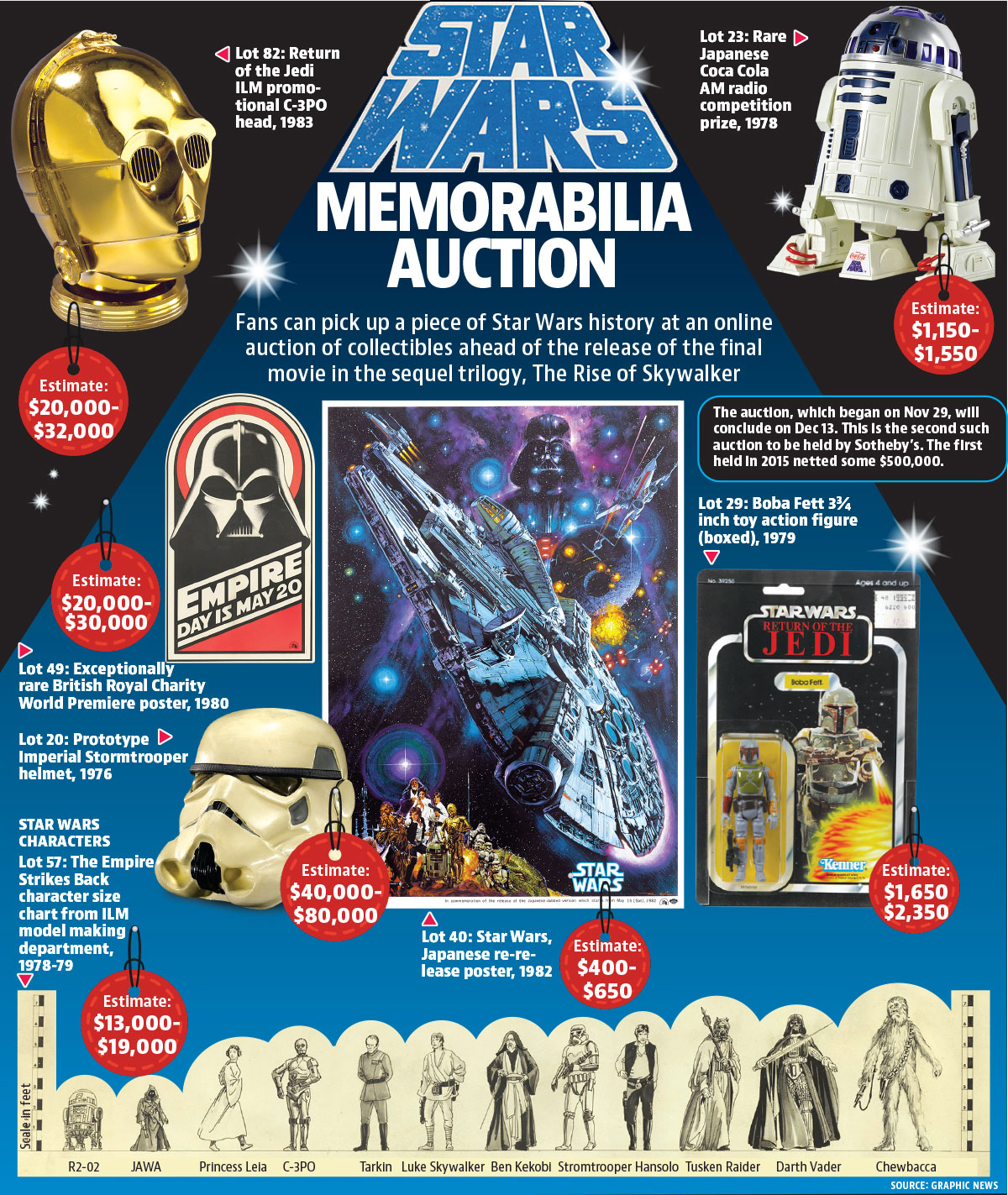 ‘Had no idea it would go viral’: Here’s the story behind woman’s pregnancy photoshoot with bees

Kevin Clifton: Stacey Dooley’s boyfriend candidly admits ‘everything is up in the air’
Cities News

Pak court rejects petition against temple construction
We and our partners use cookies on this site to improve our service, perform analytics, personalize advertising, measure advertising performance, and remember website preferences.Ok