Applicants have also raised concern over the AMC School Board’s decision to merge or close down Urdu-medium schools in recent years citing the non-availability of students. 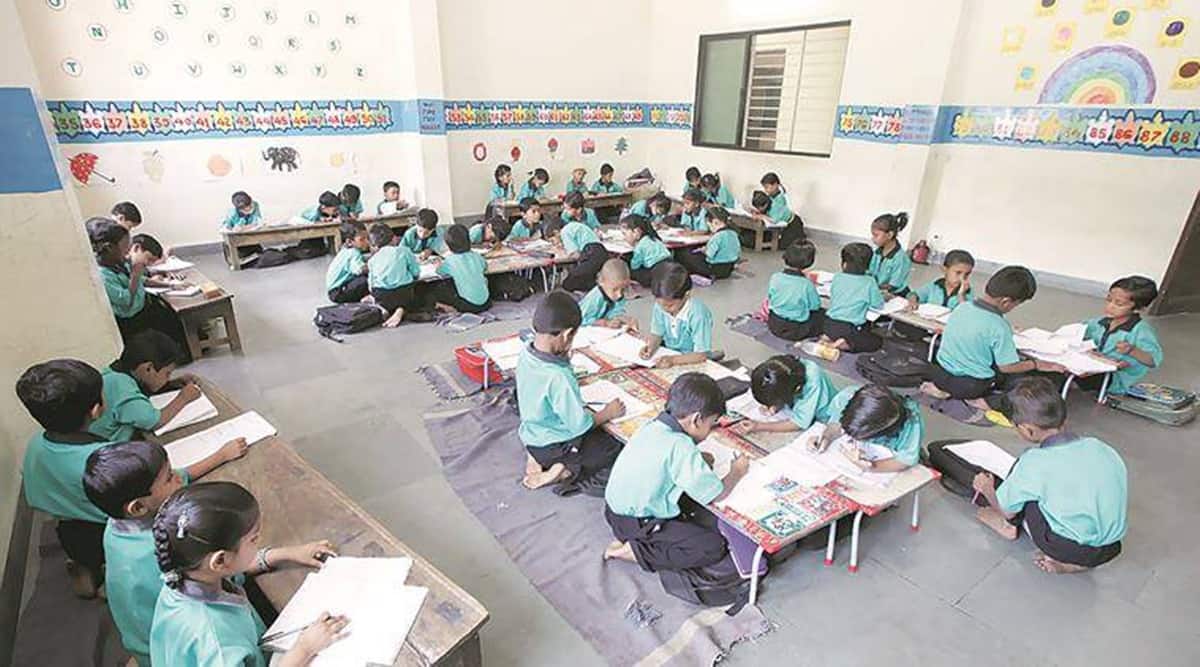 Despite two rounds of recruitment in 2016 and 2018, more than 50 posts of mathematics and science teachers are lying vacant in the Urdu-medium schools under Ahmedabad Municipal Corporation School Board for several years due to the “unavailability” of candidates under the reserved categories.

While the authorities have claimed that candidates fail to meet the required qualifications, the latter have blamed the disproportionate recruitment on reserved and open categories posts along with the failure to divert reserved posts left vacant to the general category for the huge vacancy.

Ahmedabad-resident Gul Fiza (26) has BSc (maths) and BEd degrees and has even cleared the Teachers Eligibility Test, but has been teaching at a private school near Ajit Mill in Rakhial for Rs 7,000 per month despite clearing the 2018 recruitment process. “In 2018, there was not a single post in Ahmedabad under the open category. All the posts were for Socially and Educational Backward Class (SEBC). As a result, even though I was recruited, they gave me an appointment for a Surat municipal school. Being the only breadwinner for my family of seven after my father’s death, I was forced to let go of the offer,” she said.

A resident of Gomtipur, Hina Pathan (28) said she was the only candidate recruited during the 2018 recruitment drive in Ahmedabad who took the teaching position in Surat. “There were no open category seats in Ahmedabad in the 2018 recruitment process. Of the four applicants who were offered jobs in Surat schools, only I accepted it as I really needed this job,” she said. A science graduate, Hina also holds a BEd degree and has cleared both TET I and II.

Ahesan Shaikh, the president of Ahmedabad-based Students’ Welfare and Education Trust, which has been regularly flagging the matter, said many seats for mathematics, science, and social science teachers in the civic-run Urdu-medium schools in Ahmedabad are lying vacant. “During the June 2018 recruitment for Class VI to VIII teachers for Urdu-medium schools in Ahmedabad, all the 56 seats remained vacant as there was not a single seat listed under the general category,” he said. Similarly, in 2016, of nearly 45 only three seats were listed under the open category, he added.
Kamar

Nadeem, the president of Reform Education and Social Trust in Rakhial, echoed similar concerns. “It seems the government has been conducting recruitment drives only to clear the reservation backlog. After a recent revision, nearly 50 Urdu-medium teachers have been declared as ‘surplus’. So, these teachers will now be transferred to other schools.” Over the last five years, nearly 20 Urdu-medium schools have either been merged or closed down for various reasons. From 65 such schools five years ago, currently, there are just 42 Urdu-medium schools run by the Ahmedabad Municipal Corporation (AMC) School Board.

When contacted, the administrative officer of AMC School Board L D Desai pinned the vacancies on applicants’ qualifications. “These seats are lying vacant because the applicants have not studied in Urdu medium and have not cleared the TET,” he told The Indian Express.

Referring to the recruitments under reserved category posts, he said, “It is the state government’s mandate and is followed as per the rules.” The state government announces vacancies declaring seats for each district or city under each category.

However, Shaikh questioned why general category posts were available in other cities, like Surat, and not in Ahmedabad. “It is correct that the government has to clear the backlog of reserved posts but when the government is not able to fill these reserved posts and not even getting applications against these, they have the power to convert these seats into general category ones. It fails to do so over these years. Also, what is the point of reserving appointments when there are hardly Muslim communities under reserved categories in Gujarat. The few who might be there are Gujaratis who have not studied in Urdu medium. So, the chances of a candidate fulfilling the government’s criteria is slim.”

Applicants have also raised concern over the AMC School Board’s decision to merge or close down Urdu-medium schools in recent years citing the non-availability of students. “What is to be understood is that this is a circle — schools will lose students when there are no teachers. In the wake of these vacancies, teachers of other subjects are being told to teach these subjects,” an applicant said.