Students are demanding that the authorities should not postpone the competitive entrance exam any further. Students from disadvantaged areas or backgrounds believe that online preparation would make it difficult for them to catch up as they lack proper resources. 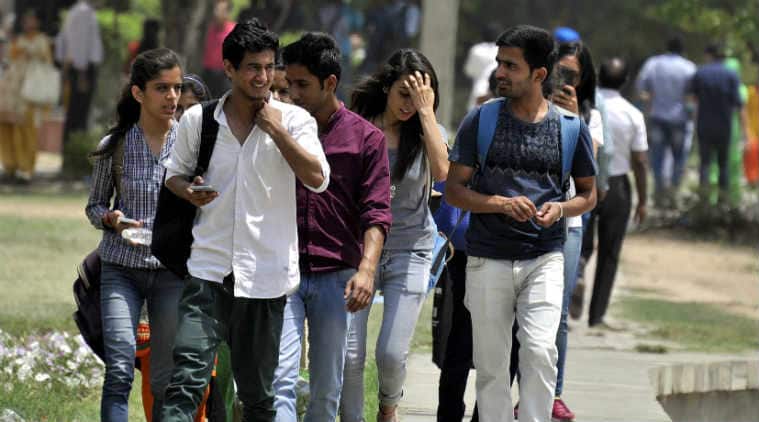 After several delays in conducting the engineering and medical entrance exam — JEE Main and NEET –  students are fearing that any further postponement may affect their entire academic year. As several coaching institutes had informed indianexpress.com earlier, students are raising concerns over the delay and are finding it a challenge to stay focussed in the long-term.

The JEE Main, which was to be held in April, has now been postponed till September and NEET too has been deferred twice to be held on September 13. Several experts had also informed that with a higher delay and more practice, students have better chances of getting a good rank now. Since the competition is relatively high, the cut-off can also increase. However, there are students who have appeared for JEE Main in January and are now preparing for Advanced as they believe there would not be enough time left for it after Main.

Students too have taken to Twitter to express their anger. They are demanding that the authorities should not postpone the competitive entrance exam any further. Students from disadvantaged areas or backgrounds believe that the online preparation would make it difficult for them to catch up as they lack proper resources.

To ensure that students resume their college life on time, the colleges are making several changes in the admission process. After exams and before admissions, students will be selected based on counselling.

The IITs are considering to declare the result of JEE Advanced within a week. For JEE Main and NEET too, the NTA has said that it would declare results at the earliest. On clearing JEE Advanced, students have to appear for counselling. IITs are likely to hold six counselling rounds instead of seven this year. All the centrally-funded institutes, NITs and IITs have decided to scrap the board exam criteria for admissions. Earlier 75 per cent marks were a must along with clearing the entrance exam. Now, students just need to pass the exam and there would not be any minimum cut-off as earlier. The move was adopted as most boards were unable to conduct all the exams and students were promoted based on a special scheme. This, however, is a one-time move.

Several colleges have been offering COVID-19 scholarships to students. To ensure that a huge financial burden is not felt by students or guardians, colleges are opting for deferred payments, loans for education without interest to be returned when the student is placed among other options. To ensure safety many measures like holding classes in two groups, treating a university as a bubble ecosystem and providing students with safe and sanitised transport are among other offerings.

Recently, the director of IIT-Delhi has also commented on the Joint Entrance Exams (JEE). In a video interview, V Ramagopal Rao explained that despite the delay, conducting these exams is important because a large section of students start preparing for competitive exams from class 9 or 10 onwards. For them, the uncertainty poses a major problem.

In video| Joining can be delayed but exams must be conducted: IIT-Delhi director

IIT-Delhi, which is the institute organising the JEE Advanced 2020 this year, mentioned that even though certain challenges were unique in holding the exam this year, the institute is prepared for it. The director explained, “These exams are held in various centres and managed by various companies and due to the COVID pandemic, the number of centres can be increased to twice as needed normally to ensure social distancing while sitting and entering the exam centre.” This was a new challenge this year.

Every year, about 2-2.5 lakh students who are in the top ranks of JEE Main are eligible to appear for JEE Advanced. Earlier, Rao had said that about 80 centres across the country were needed, which now have been increased to nearly 180 centres. JEE Advanced is being conducted by IIT-Delhi this year. JEE Advanced is conducted in a single session only which Rao believes is a unique challenge, unlike Main which is held in multiple sessions. He also informed that this year, masks and sanitisers will be allowed during the Advanced session.

‘Quarantining Bihar cop not a good signal’: Supreme Court in Sushant Singh Rajput case hearing
We and our partners use cookies on this site to improve our service, perform analytics, personalize advertising, measure advertising performance, and remember website preferences.Ok