Muharram (Ashura) 2019 Date: Ashura, the 10th day of Muharram, also commemorates the day that Allah saved the Children of Israel from Pharaoh. 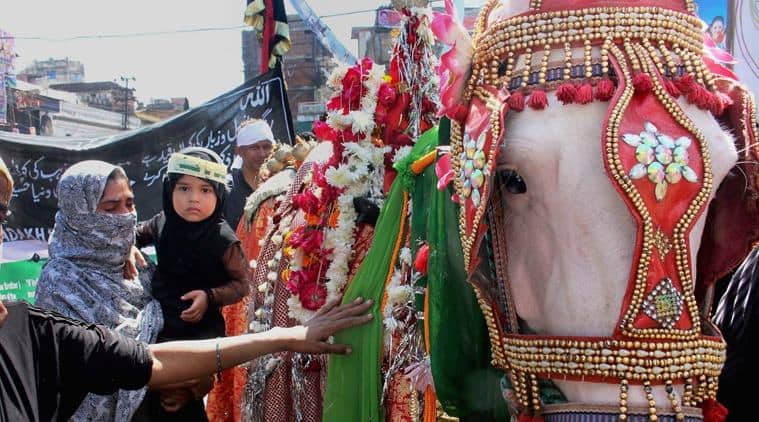 Muharram (Ashura) 2019 Date: As one of the holiest months in Islam, Muharram is the first month of the Islamic calendar. Although it marks the first Islamic month, the tenth day of Muharram is known for being a period of mourning where the Shia Muslim community commemorates the martyrdom of Imam Hussein, the son of Hazrat Ali and the grandson of Prophet Muhammad, in the Battle of Karbala. The date of Muharram keeps shifting every year as the Islamic calendar is a lunar calendar that follows phases of the moon. This year, it will be observed on September 10.

It is considered that 14 centuries ago on the day of Ashura, the grandson of Prophet Muhammad, Imam Hussain and his little son, were mercilessly killed by a cruel and oppressive ruler in the Battle of Karbala which took place on the 10th day in the 61st year of the Islamic calendar. While Imam Hussain was slain in the battle, his message of kindness, justice and equality is believed to live on among the people.

Ashura, the 10th day of Muharram, also commemorates the day that Allah saved the Children of Israel from Pharaoh. When Prophet Muhammad came across the people of Madina is 622 CE, he learnt from the Jews that they fasted on this day because Allah saved the Children of Israel from their enemy, the Pharaoh in Egypt and that Prophet Musa (Moses) also fasted on this day as a sign of gratitude to Allah. Since then, it is considered that Muhammad also wanted his followers to observe a two-day fast on the day of Ashura and the day prior. While the Shias mourn the death of Imam Hussein on Ashura, Sunni Muslims hold a fast following Muhammad.

The painful observance is considered as an expression of their grief on the death of their leader, also considered to be the representative of Allah.

People mourn by putting on black clothes, observing abstinence, fasting and then they break their fast on the day of Ashura, the 10th day. Traditionally, some of them even break the fast only after zawal (afternoon), when they pay respect to Imam Hussein by beating themselves with chains in public, cutting themselves with knives and sharp objects and holding mournful public processions. But most people mourn in a more non-violent manner by holding sad processions, and by chanting “Ya Hussain”, “Ya Ali” while wailing loudly.

Duchess Meghan ‘was convinced there was a conspiracy against her’