A conclave on modern heritage in architecture sought to explore its relevance and value systems. 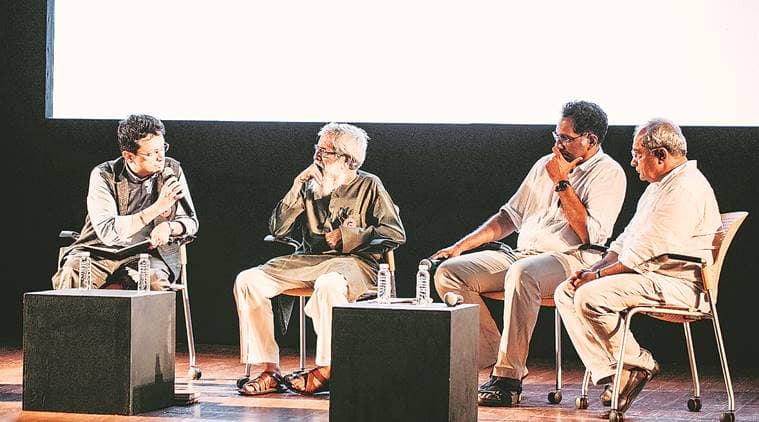 Author and political thinker Ashis Nandy in a recent talk in New Delhi said: “We have lost the right to our future. Only from robust scepticism, mutual criticism and cross criticism can we have a variety of futures to opt for.” If one were to look back at the Frame Conclave 2019, which was held recently in Goa, the ambition of varied futures for the architectural profession that is currently firefighting on different fronts, it is a tall order. With 11 films, 26 speakers and 650 delegates, the conference was a response to “definitions of modern, modernity, and modernism” in the light of architecture and design in India.

The biennial conclave on contemporary architecture at National Institute of Oceanography, Goa, was curated by Matter and organised in partnership with H&R Johnson (India) and Takshila Educational Society. Themed on Modern Heritage, the conference provoked issues about pedagogy and practice of architecture in India.

Be it the threat to modern buildings from Hall of Nations in Delhi to Kala Academy in Goa, to stories of nation building through the projects of Habib Rahman, Achyut Kanvinde and Mahendra Raj. “One of the agendas of the conclave was to instigate a shared sense of responsibility within the architecture and design fraternity towards a trusteeship of these buildings and to build consensus on their significance to the history of India,” says Ruturaj Parikh of Studio Matter.

Narratives around Gandhi and his version of architecture as experiment and experience also made its way into discussions. Ahmedabad-based architect Riyaz Tayyibji, drawing parallels between Gandhi and Le Corbusier, says: “For Gandhi, a building is part of a larger ‘spiritual’ endeavour, it is an experiment in physically giving form to his ideas of the ‘ashram’, a place of collective experimentation on the self. I would say that his buildings were made in a way that the behaviour precedes the physical in creating the sense of space, while Corbusier looked at the physical affecting the behaviour.”

The handicap of the conference also was its biggest strength — architects speaking to architects: “it comes from a shared kinship based on professional experience and architectural education. The conference had one too many talks on fathers and their sons speaking about their work, which is in some way an ancestral worship in an anthropological sense. But one question emerging from it was — who gets to think about architecture and how is it taught? In the absence of written architectural history, there is a need to archive and have empirical debates so that we find a way to synthesise the profession and ideas around architecture,” says art historian and critic Annapurna Garimella.

Bangalore-based architect Prem Chandavarkar, who gave the keynote address at the conclave, spoke of looking within to “touch the essential core of our humanness”. “This lack of reflection reduces modern architecture to a visual spectacle, rather than the ethical project of freedom it initially set out to be. And since modernity was won by a rebellion against the strictures of tradition, now that modern buildings have been around for a long time, we lack a framework for absorbing them into our heritage,” he says.

While architects such as Gaurav S, Chair of DoCoMoMo India, felt “We need to bring communities and people in the conversation and ensure that modern buildings are not merely objects or artefacts but that people’s lives, their lived history and memories are integrated with them,” architect-filmmaker Rohan Shivkumar questioned, “Is this a sign of our current impotency, or a rallying call for us to rediscover value systems through which we can participate in the processes of imagining a better spatial environment for us to live in?”