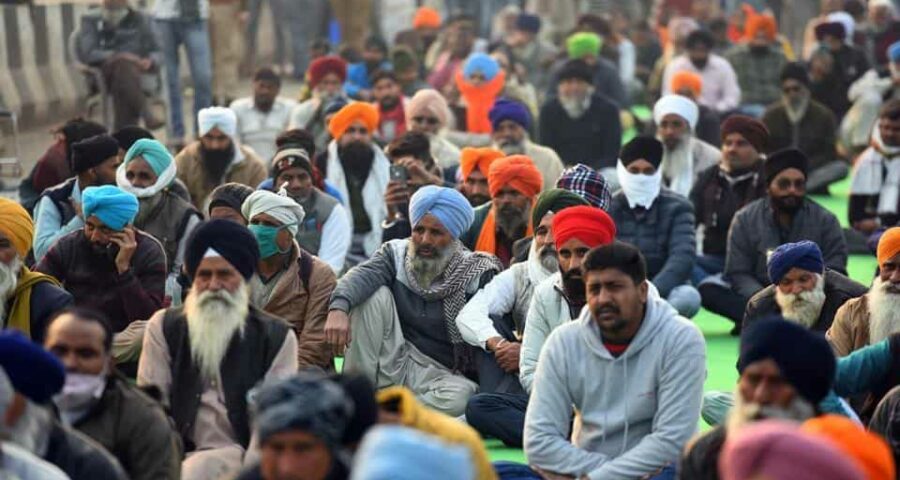 As the seventh round of talks between the famer groups and the central government will be held on Monday, farmer groups said on Friday that they would intensify their agitation if the government failed to resolve their demands for the repeal of the three controversial farm reforms and a legal guarantee for Minimum Support Price (MSP) during the meeting. Speaking to reporters at the Singhu border in Delhi, the leaders of the groups pointed out that only five per cent of the issues raised by them have discussed in meetings with the Union ministers. The farmers have also warned of a tractor rally on Wednesday if the reforms are not repealed.

It has been over a month since farmers have been protesting against the farm reforms at several border points in the national capital. Union agriculture minister Narendra Singh Tomar told news agency PTI said that the Centre was hopeful of a positive outcome at the seventh round of talks with farmer groups adding that the previous meet held on December 30 happened in a cordial atmosphere and there was a possibility of positive results in the interest of farmers at the next meeting on Monday.

Meanwhile, the Delhi Traffic Police on Friday informed that Tikri, Dhansa and Singhu borders remained closed for traffic movement and urged commuters to opt for alternative routes. A 57-year-old farmer, who was a Bharatiya Kisan Union (BKU) supporter from Baghpat, died at the UP Gate protest site on Friday due to harsh weather conditions. Police said that the farmer’s family did not opt for a post mortem and his body was sent to his village for last rites. On the eve of the New Year, a tribute was paid to all farmers who have lost their lives amid the standoff . A candlelight march was also brought out.

More than 850 academicians from different parts of the country have supported the farm reforms passed by the parliament in September by saying that these reforms seek to free farm trade from restrictions and enable farmers to sell their produce at competitive prices. In a statement issued, the academicians said, ““The new laws provide full autonomy for farmers to sell their produce. We strongly believe in the government’s assurance to the farmers to protect their livelihoods. The government is still firmly committed to delivering the principle of minimum government, maximum governance.”