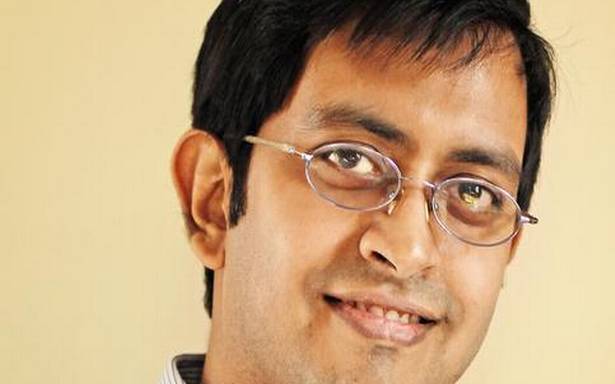 The author’s fourth whodunit, ‘Best Served Cold’, is set in a beautiful tea estate in the Dooars region of Bengal

In Bhaskar Chattopadhyay’s, Best Served Cold, Janadhan Maity and Prakash set out to the beautiful tea estate in Manikpur in the Dooars region of Bengal. The elderly, wealthy estate owner is threatened by four people who he might have grievously injured.

The title, the 42-year-old author says is not inspired by either Star Trek or Kill Bill. “It is part of the well-known proverb, ‘Revenge is a dish best served cold’ whose origin is both ancient and debatable. I usually like to begin my books with an epigraph, or a famous quote, or a stanza from a famous poem, which doubles up as a premonition of what is about to come, as well as a clue to the final solution. This time around, I decided that the title must serve both purposes.”

The idea of retribution or nemesis has always fascinated the Bengaluru-based author. “I like to explore the passage of time in my work. How does time affect one’s emotions like love, anger, hatred, gratitude or vengeance? When I was a young boy, my father had once told me that the two most valuable things were life and time. That has stayed with me. I find the theme of your past catching up with you very rich for the purposes of storytelling.”

Bhaskar’s maternal grandfather used to be a clerk in a tea estate in the Dooars. “My mother grew up on the estate. I spent several years in the midst of the tea gardens — both in the Dooars as well as in Assam, where I grew up. It is a familiar and picturesque setting.”

Most of Bhaskar’s research he says comes from first-hand experience. He had been to places where the earlier Maity books Penumbra, Here Falls The Shadow, and The Disappearance of Sally Sequeira, were set.

“When you travel, you don’t just ‘see’ places, you learn about them. That is research. You may use it in your story or it may just add to your knowledge. Either way, you enrich yourself. The fact that there was a menace of leprosy in the tea gardens in the past is not something that many books will tell you. As a storyteller, it is important to know the place you are writing about. It adds several dimensions to your narrative.”

Like every good detective, Maity has the writer Prakash as his Watson. “It is one of the most important elements of the story. A non-character narrator won’t be half as effective as telling the story through your Watson because in the former situation, the narrator is not supposed to have emotions or opinions.”

The Watson character Bhaskar comments also reminds the reader who the hero of the story is. “Would you have loved Feluda so much if Topshe did not hero-worship him? The truth is you always need a character who cannot solve a crime to prove the brilliance of the character who can.”

Another important role the Watson character plays according to Bhaskar is that of a channel between the protagonist and the reader. “A detective story includes a lot of thinking. How do the readers get to know what your detective is thinking? The discussions between the detective and his assistant or friend or whatever you want to call your Watson is an integral part of the narrative as it takes the story forward.”

Formulated in a phrase

Maity does not like to be called a detective, Bhaskar says because those whose minds are open usually do not like to be boxed into silos. “While you and I know that Janardan Maity is a detective, I can only imagine how much he hates that word because it has several implications, including the financial one—that he is for hire. He hates it because he is an independent man who does what does not for money but because he loves a good puzzle and believes in justice.”

The stories never mention the year they are set in. “I think doing so would be detrimental to the old-world charm of the books. I let my readers form an image of the time in their heads. It adds to their reading experience because they participate in the construction of the world they dive into.”

Notes and a sketch

Talking about his process, Bhaskar says he makes notes and has a sketch with the entire story coded into it. “This includes all characters, their motives, relationships with each other and timelines. This is only a small part of the process. The biggest and most important part is to find a good puzzle. The story is nothing without the puzzle. If I don’t construct a good puzzle, I would never, ever write a mystery story.”

There are plans to bring Maity and Prakash on screen. “I am in discussions with some people. It will happen, because there is considerable interest. The question is when.”

The pandemic, Bhaskar says has been quite overwhelming. “More so because of the magnitude and the way it has been handled by the authorities. The only way the pandemic has affected my writing is that it has given me an impetus to write better stories. As a writer, that is the least I can do in these truly disastrous times. Mark my words, one day all of this will get over. The storm will blow past us. It has to. It always does. And we will live, love, read stories and listen to music again. And when it does, there will be a Janardan Maity story waiting for my readers.”

Best Served Cold is available on Kindle Unlimited and as a paperback online.