Asim Abbasi’s Churails does not view patriarchy as a problem but as a reality, one that we have to live with. Women do not become churails but are made one, even if they do not call themselves that. The way forward, as Abbasi shows, is not retribution but resistance 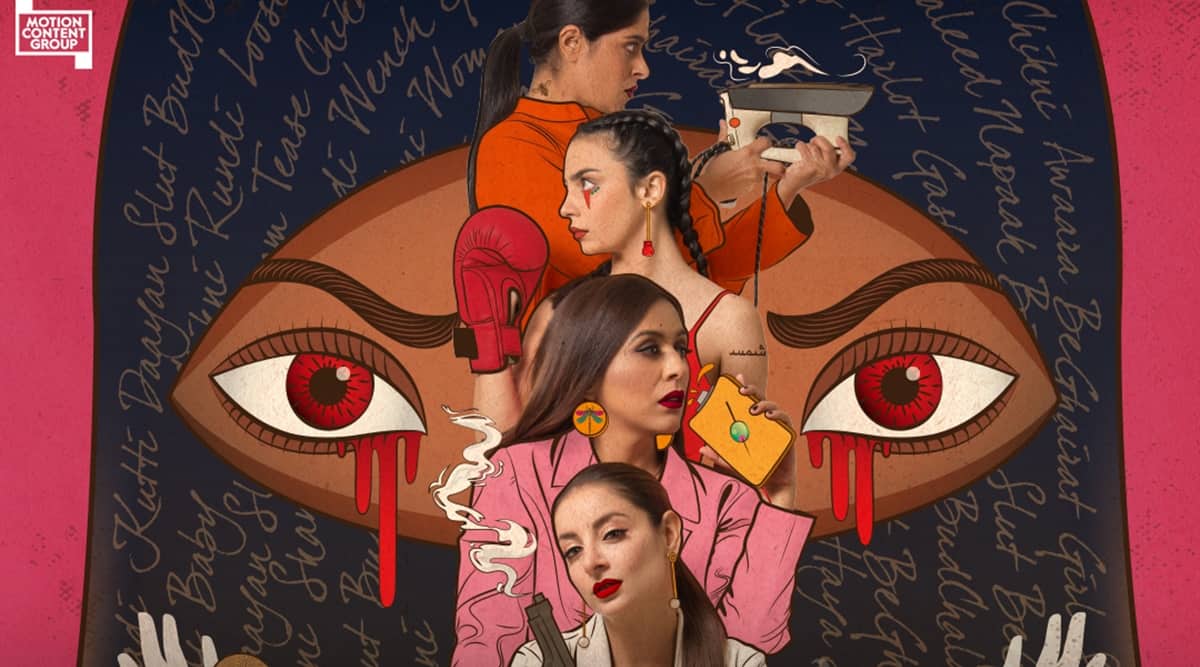 By the end of the first episode in Asim Abbasi’s Churails, four women high on hash, hurt, deceit and duress find a clear-eyed purpose. An out-of-practice lawyer, an alcoholic wedding planner, an ex-convict, and an aspiring boxer recognise the broken link between crime and justice, and decide to penalise those who enjoy the gendered cover of impunity: men. Overnight they draw up a plan of starting a detective agency to protect women. Even though the effect of inebriation wears off by morning, their resolve remains resolute. They recruit hackers, hookers, lesbian offenders and trans people to create a community of sorts with an overriding agenda: Mard Ko Dard Hoga.

Abbasi’s 10-episode series starts off as a cool cousin of Ana Lily Amirpour’s The Girl Who Walks Home At Night: a feminist vigilante drama undercutting the religious connotation of the veil, using it as a cape instead. The subversion here is more literal but no less interesting. In order to operate as unlicensed dispensers of justice in plain sight, the women- Sara (Sarwat Gilani), Jugnu (Yasra Rizvi), Batool (Nimra Bucha) and Zubaida (Mehar Bano) open a boutique to sell veils. But it is in the basement where their real office lies: the garment obscuring their intent and faces. Affluent women bring bundles of cash and make their way through a serpentine staircase to reveal what they had been hiding — an emotionally unavailable husband or an uninvested one. In a telling touch they are made to sit in makeshift confessional booths implying how often women take blame for their husbands, even if that includes disloyalty. Abbasi here turns the stereotype of suspicious women on its head by showcasing the prevalence of dubious husbands. Till the fourth episode — each almost 55-minutes long — the plot resembles feminist wish-fulfillment: women rescuing other women while the line between the oppressor and oppressed remains intact. Their identification as churails is both a tease for the male gaze — trained to view transgressive women as witches — and an unsaid sis code for the female where the term is a covert indicator of a saviour.

If a vigilante drama is centred on an immediate crisis — entrusting an individual to protect the rest — it also relies on the end result of good triumphing over evil. In case of a feminist vigilante drama, danger is quantified in terms of menacing men as redemption hinges on revenge. (Bullbul, A Girl Who Walks Home Alone At Night). But they both merge in the genre’s abiding theme: complete dependence on the vigilante to decide for the rest and on their understanding of right and wrong. In his directorial outing, however, Abbasi introduces a rare nuance by revealing chinks in saviours’ armour. And he does so by extricating nobility of intention from action, by shifting our gaze from the cape to their muddied feet.

Even though the women band together in a common night of crisis and stand on the same side, they are not on equal footing. It is Sara and Jugnu, both economically more viable than Batool and Zubaida, who pilot the plan of action. Through them, Abbasi not just points to how being a rescuer requires privilege but also underlines that social standing defines and shapes ideas of plight and emancipation. Slighted by her philandering husband, Sara construes unfaithfulness as the extent of wrongdoing she is comfortable pillorying. But as the plot progresses, she witnesses dispensability of women’s lives — survival of one often bartered for life of another— and discomfiting truth that the balance of justice is perpetually turned against their favour.

But Abbasi is not scrutinising female vigilantes here. Rather, he is critiquing the genre that presupposes a liberator as the ultimate decider and to be in a position to operate as the same. He is critiquing the genre’s conjecture that assumes acts of vengeance to eradicate effects of patriarchy and recognises brutal blows and words as the extent of its reach. What he is doing, in fact, is using the genre of female vigilantism as a veil to depict the insidious impact of patriarchy that leaves none untouched, not even vanguards. He is striking at its biggest achievement: conditioning of women.

This is hinted at when a subplot of chemically toxic whiteness cream is added to the bigger crisis — the director here taking a jibe at the way women are subconsciously prone to follow a diktat laid out by men, and also literalising its peril. But the most moving testimony to this — and the most rewarding part of the series — is the way Sara and Jugnu’s journeys to arrive at the truth are intertwined with their self reckoning. This is highlighted when Sara’s involvement in uncovering the flesh racket — and new-found awareness of what all can happen to women and does — is juxtaposed with her constant conflict. It takes her back to the time she had defended her husband against harassment charges, convinced that he was innocent and the girl in question was framing him. Churails then explores the cost women have to bear to not be but become vigilantes: unlearning everything they knew before, even their own words.

The series is a rare feminist feat for not just presenting patriarchy as a problem but for outlining its ubiquity. The chilling ending, reminiscent of Juan José Campanella’s The Secret in Their Eyes, further acknowledges it is a reality we are bound to live with. Women do not become churails but are made one, even if they do not call themselves that. The way forward, as Abbasi shows, is not retribution but resistance.

Churails is streaming on Zee5.