Son of a small farmer aims to fulfill his dad’s dreams, gets 99% Aligarh’s Harsh Rawat got 99 per cent marks in his CBSE class 12 result. He still has big shoes to fill. “My father wanted to be a teacher but he could not pursue his dreams. Now, he is living his dreams through me and I want to make him proud,” said Rawat. His father Prakash Singh has a small piece of land and often works for other farmlands to meet the household needs.

Rawat now has enrolled in non-medical or physics, chemistry and mathematics and wishes to do some research in future. Though he will be studying for JEE he does not wish to become an engineer but a researcher in the science field.

“I go deep into a subject while studying it. I have an inclination towards research which also shortlisted me for a trip to CERN. I was the first in the family to fly abroad,” disclosed Rawat who is a student of VidyaGyan school.

Sarah Chawla – dance her passion, aims to become a lawyer Based in Gurugram, Sarah Chawla breaks the stereotype definition of a top-scoring student. She is not only an advanced certificate holder in dance but also participates in debate competitions. She has been participating in multiple Mock United Nations (MUN) and wishes to be part of the UN one day. The Amity International School, Sector 43 student has obtained 99 per cent marks in her class 10 and will now be opting for humanities as her subjects. She says that she “absolutely loves mathematics” even though it was not her most scoring subject.

She said she had been waiting for her results for months and cried after seeing them. She wants to study law in her undergraduate course and has already enrolled in a coaching class to prepare for CLAT 2022. Talking about the preparations she said, the preparations start from day one of school. She claims to have maintained a study routine of 8-9 hours by waking up early or sometimes sleeping post-midnight. Yash Goel, a student of DPS Indirapuram has scored 99.4 per cent marks in his class 10 board exams. He obtained 100/100 in French and social studies. However, he got 97 and 98 marks in his favourite subjects science and mathematics. The 16-year-old is the only child of his parents. He aims to pursue computer science engineering from IIT-Bombay as he has an interest in computer languages, ethical hacking skills among others.

He had started preparing for Joint Engineering Examination (JEE) Advanced – entrance gateway to IITs since class 9. Even during the lockdown, he has been continuing his online coaching for the entrance exams. Goel believes that online classes save time as one does not have to commute, however, he said he would still prefer a physical schooling.

The Ghaziabad resident said even though he has been studious, class 10 was his favourite grade as he had an edge over other students considering he had taken these lessons during coaching. Class 10, he remarked, acted as a brushing up of concepts for him.

Apart from studies, he loves to play sports. He has already played in Under-15 cricket team, he claims. 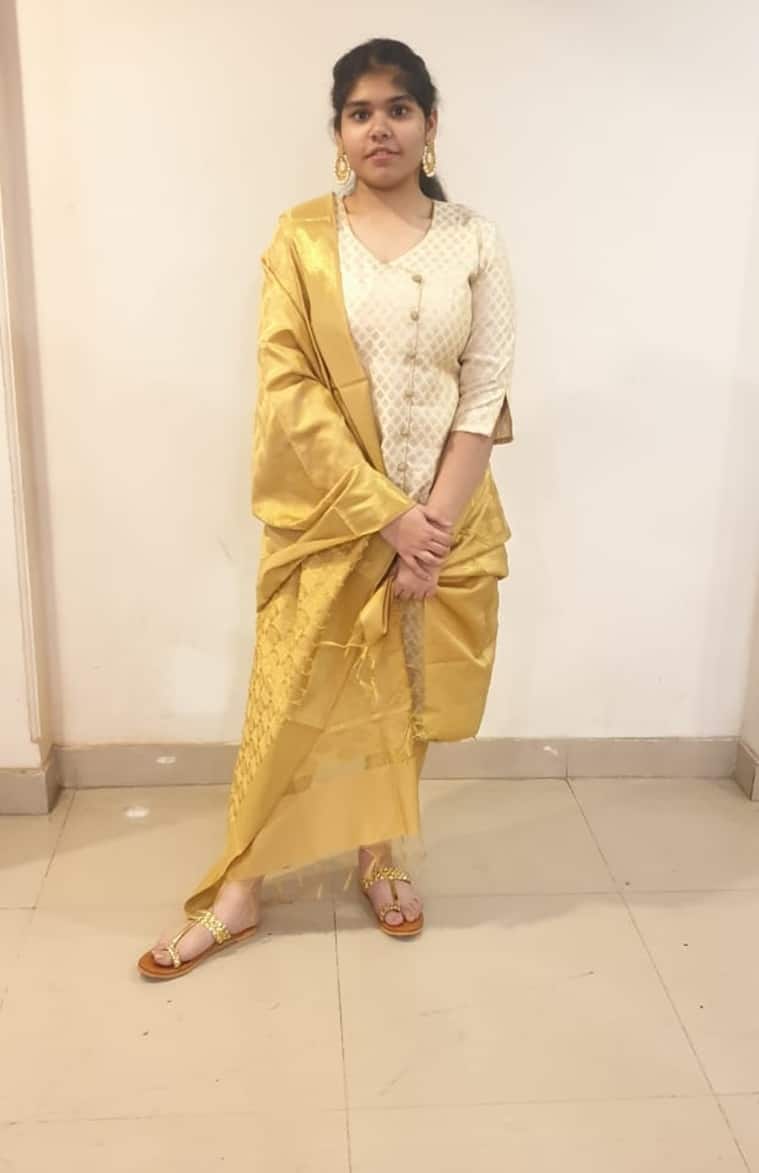 Navya Rastogi from Amity School, Noida has got 497 marks out of 500. This, however, is not new for the family. Her elder brother Nishank passed class 12 with 95.6 per cent and has already got a seat in an Ivy League university. He too had got 99 per cent marks in his CBSE class 10 boards. Navya though has obtained 99.4 per cent marks.

She said she could attain the score because she did not take the pressure of studies and rather prepared because of the love for her subjects. “I studied at my own pace but I ensured that I study daily. I had appeared for a lot of sample papers before appearing for the boards which lessens the burden. Though I was expecting 95 per cent marks, over 99 per cent is overwhelming,” she informed indianexpress.com.

She has currently opted for the commerce stream and is simultaneously preparing for CLAT – law entrance exam. She said that by studying law she wishes to be an empowered and informed citizen as it would make her aware of her legal rights and duties. She got 100 marks in social studies and Hindi and 99 each in English, mathematics, and science.