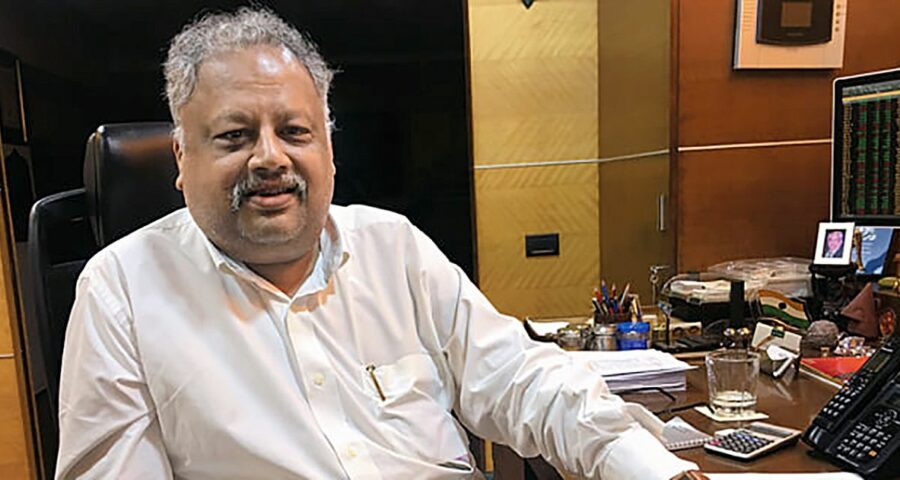 Nearly four decades ago, when Rakesh Jhunjhunwala was a young chartered accountant in training, he was paid a conveyance of Rs 60. 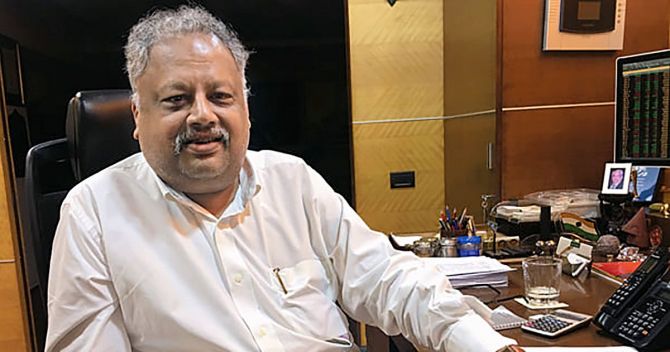 Deductions would take away Rs 15 from this princely sum and he was left with Rs 45 by the time the allowance made its way to his hands.

He would save as much as he could from this amount, so that he would have a small amount to spend when he met his friends on the weekend at Chicken Centre.

This was an eatery popular with the young at the time, perhaps because food and drink were affordable even for those new to the workforce.

“Every Saturday we would go and we would spend Rs 15 of our unspent conveyance… today even if I have a whiskey, a bottle which costs Rs 40,000, it doesn’t give me the pleasure that Chicken Centre used to give,” he said in 2014.

The chartered accountant who graduated from Mumbai’s Sydenham college briefly toyed with the idea of becoming a journalist or pilot.

Although he dabbled with being a columnist and also launched the airline Akasa Air this year, it was the allure of the markets that proved the strongest and made him a multi-billionaire.

Forbes puts his net worth at nearly $6 billion, making him richer than 99.99 per cent of the people on the planet.

He had multi-baggers aplenty along the way.

Companies like Sesa Goa, which he bought at Rs 27 and sold at Rs 1,400, as part of his first million, are not even part of the popular myth of his Midas touch, because he had so many other winners.

Rating agency CRISIL, watch-maker Titan, and Karur Vysya Bank are the better-known names in which he has had a stake for years.

He was not necessarily a rigid follower of long-term investing.

He made a large amount shorting the market (betting that it would go down) during the Harshad Mehta days.

And even when he was holding for gains, he did not necessarily hold every company for decades.

He would say that if you get your price in two or three years, there is no reason to stay invested.

He spoke once of not making as much money as his friends did when technology stocks were booming in the late 1990s.

His picks would barely move, even as his friends’ would see 20 per cent gains in a single day.

The fact that he was one of the few left standing in the aftermath of the crash that followed burnished his reputation — similar to Warren Buffet, to whom he is often compared.

Buffet had similarly seen underperformance during the technology boom followed by later gains.

Another crash in 2008 hit his portfolio just as it did others.

He would joke that friends asked him if he was still a billionaire, and then follow up with the query: “Dollar or rupee?”

He continued to stay invested in the aftermath of that correction in which the S&P BSE Sensex more than halved.

Around 80 per cent of his portfolio was devoted to seven-eight stocks in 2009.

Following the financial crisis, someone asked him if the S&P BSE Sensex would reach 40,000 by 2020.

His reply was: “Don’t be so pessimistic.”