Praising Rahul Gandhi's driving skills, Amarinder Singh said it was high time that the "wheels" of the nation were handed over to the Congress chief. 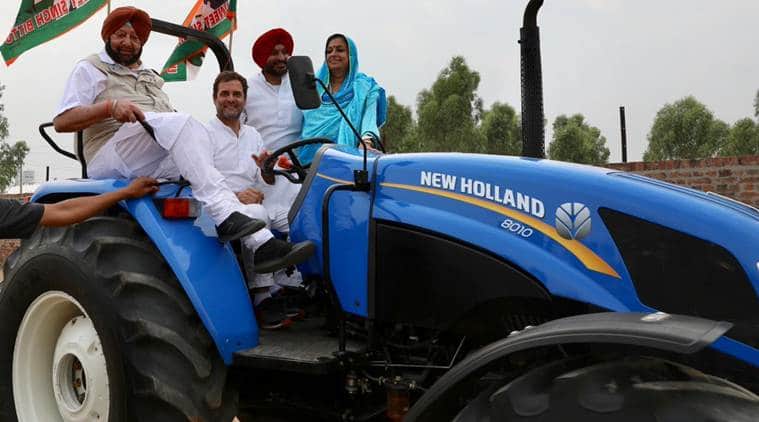 In the midst of a charged election campaign, Congress president Rahul Gandhi took some time off to show his driving skills in Ludhiana. Flanked by Punjab Chief Minister Captain Amarinder Singh, Ludhiana MP Ravneet Bittu and Congress leader Asha Kumari, Gandhi drove a tractor at a farm in Ludhiana, where he addressed a rally beside another one Bargari.

Praising Gandhi’s driving skills, Amarinder Singh said it was high time that the “wheels” of the nation were handed over to the Congress chief.

“Found Rahul Gandhi to be a greater driver when he took Congress’ steering wheel. But today’s enjoyable tractor ride with him showed he could drive anything, most of all our nation. Any day better than the ride Narendra Modi took us on in 2014! Time to hand over the wheels to Rahul,” the Punjab CM tweeted.

Earlier in the day, Gandhi attacked the SAD-BJP alliance in Punjab and promised strict action against those involved in the 2015 desecration of the Guru Granth Sahib.

Later, Gandhi addressed another meeting in Ludhiana, where he continued attacking Prime Minister Narendra Modi over demonetisation and the Goods and Services Tax (GST).

DUAC member quit on “personal grounds” on the day Parliament project was cleared
We and our partners use cookies on this site to improve our service, perform analytics, personalize advertising, measure advertising performance, and remember website preferences.Ok