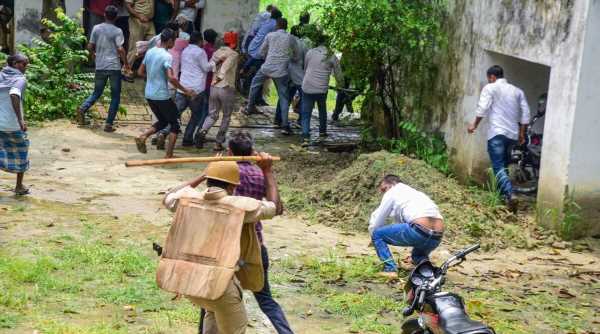 Stone-pelting and firing were reported from Barhpura Block in Etawah district. In a purported video which went viral on social media, a policeman was heard saying that the BJP leaders had brought bombs and also slapped him. 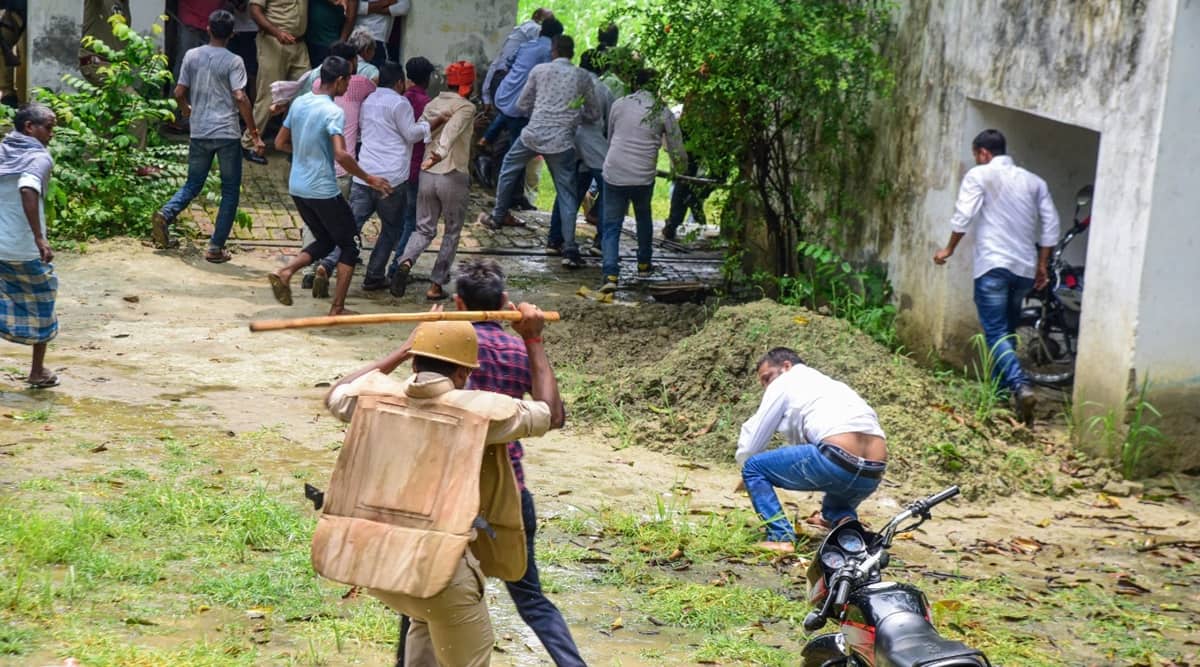 Clashes were reported from at least 17 districts during the election for the post of the panchayat block chiefs in Uttar Pradesh on Saturday.

“Officers in these districts have been instructed to take action against the accused. They have also been asked to keep an eye on victory processions after the polling,” said Kumar.

Stone-pelting and firing were reported from Barhpura Block in Etawah district. In a purported video which went viral on social media, a policeman was heard saying that the BJP leaders had brought bombs and also slapped him. “Sir, they had brought stones and slapped me. They had brought bombs too — the BJP people, the MLA and district chief…” the police officer in uniform, who is reported to be Etawah ASP (City) Prashant Kumar Prasad, is heard saying this during a phone conversation.

Asked about the video, UP ADG Prashant Kumar said, “We have instructed officers to take action in all places where incidents (of violence) were reported. The incident in Etawah will also be probed, and an FIR will be lodged like in all other districts which witnessed violence on Saturday,” said the ADG.

Speaking to reporters, Etawah SSP Brijesh Kumar Singh said that there were stone-pelting and firing during polling at Barhpura Block. “The election in Barhpura Block was going on smoothly. Everyone was maintaining a distance of 500 metres. Then people came close to 200 metres from where the polling was being done. When they were stopped at the barricade, the crowd pelted stones and also fired bullets. All policemen acted promptly and ensured that the people got scattered. With regard to the incident, there is video footage. The crowd created a ruckus…A case will be lodged based on the video footage,” said Singh.

Asked if BJP workers and leaders will be booked, the SSP said, “We will see the footage and whoever has done this will face action. A total of seven cartridges have been recovered from the spot. We will identify the people, and they will face action.”

In another incident, a journalist in Unnao district alleged that he was beaten up by Chief Development Officer (CDO) Divyanshu Patel and BJP workers when he had gone to report from a polling centre in Bangarmau area of the district.

A purported video of the incident has gone viral on social media where the journalist, Krishna Tewari (28), is seen being beaten up by a person wearing a black shirt and official riot gear. Tewari has alleged that the person in the black shirt is Unnao Chief Development Officer (CDO) Divyanshu Patel who beat him up along with BJP workers. The incident reportedly took place at a voting centre in Unnao’s Bangarmau area and the videos shared on social media show that police personnel were present at the spot then.

Speaking to journalists, Tewari said, “The elections for Block chief were scheduled for today (Saturday) and we had come to Miyaganj for coverage. We had gone to a place to cover events where some people came in a Scorpio car and beat us up. They smashed both my mobile phones. After that, I went to the place where voting was taking place and was just standing there. Several party workers were roaming around here, but police couldn’t catch them. After that, CDO sir (Chief Development Officer) came along with force. The circle officer was also there. They shoved and pushed me. I told him that I am a journalist, but he started beating me up. All this while the camera was on. He abused me too. I am injured.”

He added, “If a police constable had hit me, I would have thought that he did not recognize me, but the CDO sees me in meetings…There were some BJP workers wearing scarves who beat me up too. No action has been taken against the BJP workers. They are roaming around freely and police is holding their hands and taking them away. The cops are taking out their anger on the media.”

While speaking to The Indian Express, Tewari said that the officials offered him a “compromise” after the incident. “I refused. They can’t hit a journalist like this. There is no chance of a compromise. The whole assault is recorded on camera and I am badly hurt. I want action to betaken,” said Tewari, who said he works as a cameraperson for India News TV channel.

A protest was held by journalists in Unnao district at Miyaganj intersection after the incident.

Speaking about the incident, Lucknow (range) Inspector General Laxmi Singh said that a complaint has been lodged by the journalist and the matter will be investigated. “The journalist has lodged a complaint. The DM will order an inquiry and necessary action will be taken. A memorandum was also submitted by the journalists. All of it will be looked into,” she said.