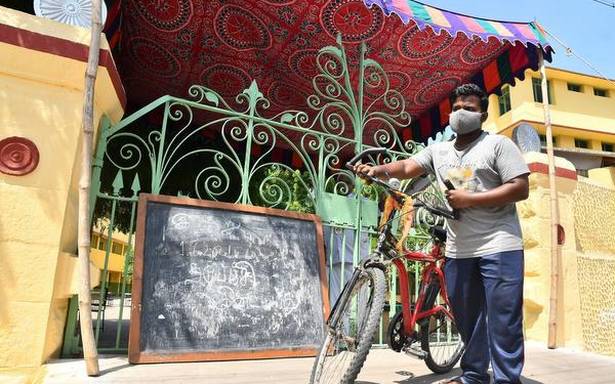 Officials from the Health Department in Tiruppur district said on Tuesday that the district has exhausted its COVID-19 vaccine stock a day after administering over 10,000 doses to beneficiaries.

On Monday, Tiruppur district administered 10,720 Covishield and Covaxin doses, including 10,219 first doses and 501 second doses. This was the highest in the State as per the vaccine coverage report on Monday, the officials said.

Only about 1,000 doses were available in the vaccination centres in the district on Tuesday morning, which were exhausted within a few hours. With the vaccination drive being halted temporarily, the district administration has not received communication from the State government regarding supply of additional vaccine doses as of Tuesday, according to the officials.

Around 2.26 lakh beneficiaries in Tiruppur district have been administered at least one dose of the COVID-19 vaccine. A total of 77 government-run vaccination centres, including primary health centres and government hospitals were conducting the vaccination drive in the district.